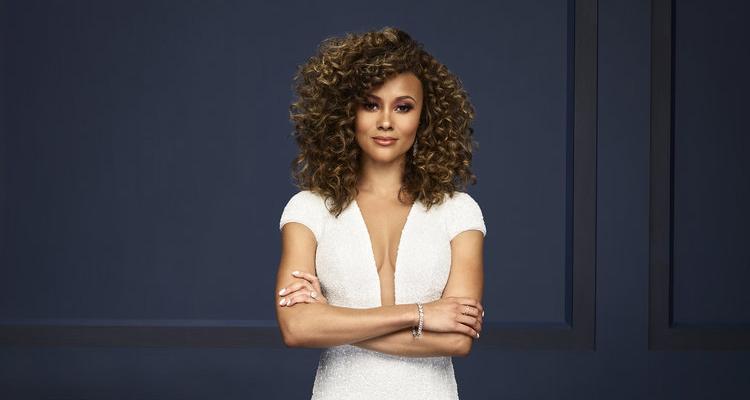 The Real Housewives of Potomac’s Ashley Darby has a lot of things to be proud of in her well-to-do life! The 29-year-old restaurateur married young, to a 58-year-old Australian realtor, but that’s not all she’s known for. Ashley comes from a working class background, and now she created a multi-million dollar brand for herself! Check out all the details of Ashley Darby’s success story below.

She’s Wired with a Will to Succeed

Ashley Darby is mostly known for her appearance on the hit reality TV show, The Real Housewives of Potomac, and being one of the youngest cast members in the franchise has given her a fair share of drama! She was a part of the show when she was 27, and since then, fans have loved her for her openness and ambitious dreams.

While there are many haters who put her down for marrying an older man, she says she knows she’s in love, and that’s all that matters!

I definitely married the right man for me. Thank you for loving me baby ❤️ #RHOP #zengem #ashleydarby

Ashley Boalch was born on June 9, 1988, making her age 29. She comes from a mixed race background (which she is very proud of); her father is Irish-American and her mother is African-American.

Darby has never interacted with her biological father like children should, and in an interview, she opened up about how he was abusive to her when she was a kid.

Ashley’s parents separated when she was little. Her mother, Sheila Matthews, told her that she rescued Ashley from her father’s abuse and that he later disappeared from their lives.

Darby told her fans that she had indeed tried to look for her father on Facebook, but it seems that he denied all her friendship requests and she gave up after that.

Ashley Darby started working at restaurants when she was 14, and by the time she went to college at the University of Maryland, she was a lead bartender working at the L2 Club in Washington D.C. She graduated in 2014 with a Bachelor’s degree in Communication and Media Studies.

Though Ashley has not mentioned her father’s name to her fans, she did say that she was raised by her grandfather Francis Matthews, who she lovingly called “Pop Pop.” Ashley is the oldest sibling of three; she has a younger brother named Zach and a younger sister named Jessie.

The family currently lives in Maryland, with Ashley living in Virginia with her husband, Michael.

In an interview, Ashley mentioned that her brother was dating a British woman and that he was moving to London for further studies. She also said that her sister was in school and was “flourishing.”

Ashley worked odd jobs when she was a teen to support her family’s needs, and it was at one of these bartending jobs at L2 that she happened to see Michael Darby on the security cameras.

He shared an ownership of the club, and at the time, Ashley had won the Miss District of Columbia pageant.

The businesswoman has always liked to date older men, and Darby struck her instantly.

The Australian-born realtor who owns Monument Realty was married once before and has two adult children, as well. But that did not stop the couple from hitting it off instantly after their meeting!

Darby proposed to Ashley while on a helicopter ride to New York over the Hudson river, and presented her with a stunning square diamond ring!

They got married after being with each other for over three years, in a beautiful ceremony on May 18, 2014. Now, they are looking forward to starting a family!

Ashley appeared on TLC’s Say Yes To The Dress with a $10,000 budget but to her dismay, she couldn’t find what she was looking for. She didn’t say “yes” to any of those “mediocre” dresses!

She walked down the aisle in a Maggie Sottero beaded halter-neck gown, which she was looking for in the first place.

Living the Ritzy Life of a Real Housewives Star

Things weren’t always rich and classy for Ashley Darby; she did not come from money like many of the other cast members did. Her family was struggling when she was a teenager, but she always knew what she wanted from her life.

Ashley mentioned how she had a plan, which included getting married by 26 and having kids early, so she could bounce back and focus on her career opportunities.

Michael Darby’s net worth is listed at $20.0 million but when asked, Ashley said that they had more than that amount. She didn’t mention how much more, but she did say that the estimated amount was “shy” of his actual net worth.

As one of the main cast members on RHOP, Ashley has an estimated net worth of $5.0 million. The franchise has been observed to pay the cast members anywhere between $10,000-$50,000 per episode as salary, depending upon their popularity.

It’s safe to say Ashley Darby has got the popularity check box ticked off!

On the show, she is usually seen to have a beef with Robyn Dixon, but is very comfortable with her pal Katie Rost.

She’s mentioned before that her vibes with Katie match because they are closer in age, as compared to the rest of the women on the show.

Going Through the Bucket List, One Achievement At a Time

Ashley Darby always wanted to have a restaurant of her own and in 2014, she became the proud owner of Oz Restaurant and Bar, in Virginia.

There was a lot of help from her husband of course, but she did not land the finances by just batting her eyelashes!

Ashley was very frank when she said that she had to make a formal presentation of her plans with the investment, and how the restaurant would earn it all back. Michael Darby is a strict man when it comes to business it seems, and after looking at the success of Oz, he’s probably put his money in the right place!

Ozarlington.com, which is the official website of Ashley’s restaurant, mentions that Chef Brad Fieckert is at the helm of the kitchen, and has had previous experience in the type of cuisine.

The menu showcases a delectable range of Australian-inspired dishes like the Alligator Sausage and the Camel Sliders.

Ashley is an avid yoga-lover, and on Instagram she showed off her certificate for teaching yoga, too! She received the title of “Certified Yoga Teacher” from Full Circle Yoga School. Is there anything she can’t do?