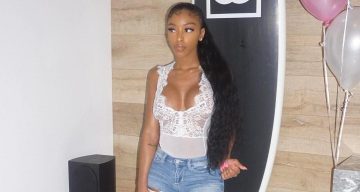 Ashley Burgos Looking Away as She is Being Photographed (Photo: Instagram/iam_amarie)

Model Ashley Burgos faced a lot of criticism when it was revealed that she was expecting a baby at the age of 21. However, she didn’t pay any heed to the haters.

She followed in the footsteps of her mother, Bernice Burgos, and became an Instagram model. She is pretty active on Instagram and posts plenty of photos for her fans to see.

Here are some details from Ashley Burgos’ wiki.

We do know that Burgos has African-American roots. But it looks like she prefers to keep details about her childhood and education private.

She became pregnant with Ashley Burgos when she was 15. So, like her daughter, she also became a mother at a very young age.

Bernice Burgos was born to Puerto Rican parents and grew up in Spanish Harlem. She started modeling at the age of 27 and was featured in magazines like XXL and SHOW.

She has been a part of several Billboard-topping music videos with artists like J. Cole, DJ Khaled, Drake, J. Cole, and many others. Burgos was also featured on MTV’s Wild ‘n Out.

Burgos became a grandmother at the age of 38, but she has no regrets about it. In fact, when the news about her being pregnant broke out, a lot of people criticized them both.

She had enough of the hate and posted a video in which she said that her daughter is 21, and she is happy. Burgos further added that she completely supports her daughter and will always be there for her, no matter what.

Ashley Burgos’ daughter, India Ava, was born sometime in February. She posted a photo of her on March 15, 2018.

At the start of the year, Bernice Burgos threw a baby shower for her daughter, Ashley.

Ashley’s baby daddy is a businessman named Sambou “Bubba” Camara. His handle on Instagram is @babydubai_hbtl. He is the CEO of music label HighBridge The Label (HBTL).

Camara was allegedly married but separated from his wife when he learned about the news of Burgos’ pregnancy. Currently, there is no news whether the pair is together or not.

However, Camara did attend Burgos’ Aladdin-themed baby shower. And he also posts photos with his daughter on his Instagram account.

Ashley Burgos Started a Business With Her Mother 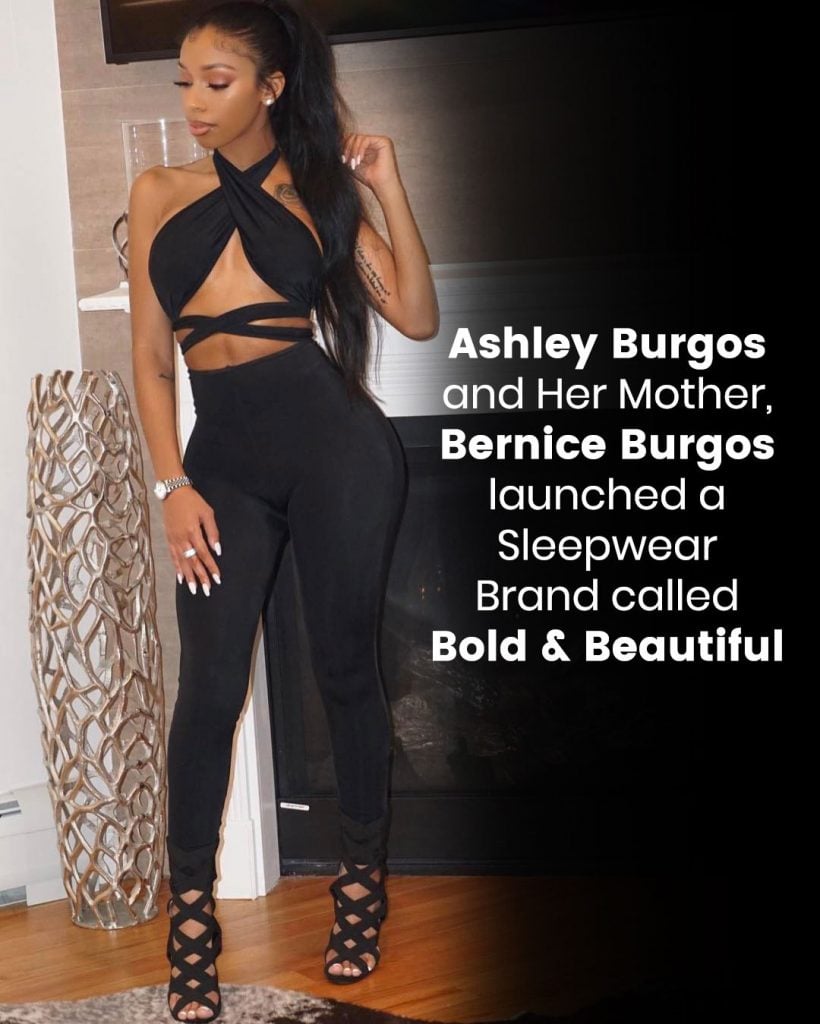 Bernice Burgos and her daughter launched a sleepwear brand called Bold & Beautiful. It’s specially crafted for women who prefer to look comfortable and cute in their homes.

Bernice and Ashley Burgos came up with starting this brand because Bernice felt that the market needed a sleepwear line that caters to women of all sizes and shapes, making them feel beautiful.

With the launch of Bold & Beautiful, Bernice Burgos entered the world of fashion design. Burgos designs each piece of the sleepwear with the help of her daughter.

Ashley Burgos is very much active on Instagram. In fact, she shares a lot of sweet pics and videos of her adoring daughter. She even poses in many outfits and has 180K followers on the photo-sharing app.