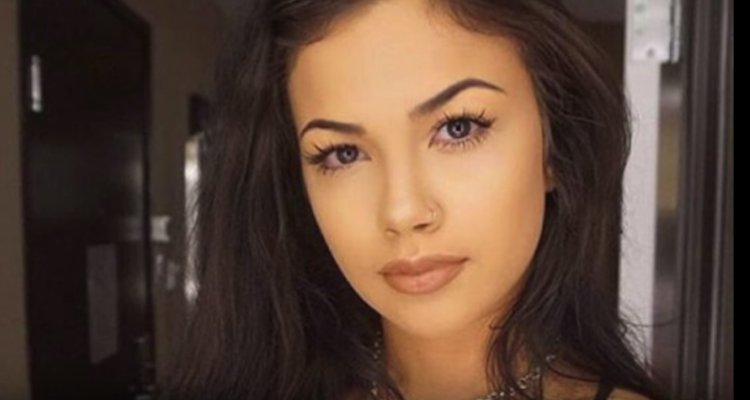 Lil Peep’s girlfriend was one of the first to confirm that the rapper passed away. Her social media posts confirming his death was tragic, and heartbreaking to read. But as these things go, the spotlight has shifted from Lil Peep to Arzaylea Rodriguez. In this Arzaylea Rodriguez wiki, we’ll take a look her life and career, as well the relationship between Arzaylea Rodriguez and Lil Peep.

Born on October 19, 1994, in Austin, Texas Arzaylea Rodriguez’s age is 23. Not much is known about her personal life before her adult years, but we do know her father owns a company called Tunes Audio, which specializes in making headphones and earbuds. Rodriguez has a younger brother named Arzel, who already has a large following on social media. She also has a younger sister named Aliezah. Before becoming a social media influencer and sensation, Rodriguez worked as a personal assistant.

She makes a living as a social media influencer. With a large number of fans on Arzaylea Rodriguez’s Instagram account, companies hire or partner with her to help promote their products, and services. To some companies and organizations, an Arzaylea Rodriguez tweet is worth thousands of dollars. And that work ended up getting her invited to a very special birthday party.

Rodriguez’s first major brush with fame was from dating 5 Seconds of Summer lead vocalist and guitarist, Luke Hemmings. They met at a party thrown by Kylie Jenner for her sister Kendall’s birthday in August 2015. The couple dated from August 2015 until approximately May 2017. Unfortunately, the break up was very messy, with accusations of cheating and Rodriguez claiming that the rest of 5 Seconds of Summer were racist and homophobic. Eventually, the dust settled and the war seemed to end.

After Hemmings, it is rumored that Rodriguez was dating musician, Blackbear. But if they were, it didn’t last long. Rodriguez and Gustav Ahr, better known as Lil Peep, met and began dating around early September. Lil Peep’s career path was very similar to Rodriguez’s. While he didn’t have a proper recording contract, Lil Peep gained his fans via his Youtube channel as well as his Soundcloud page, before making mixtapes that caught on with the public.

What Happened to Lil Peep?

Arzaylea Rodriguez helped break the news to the world through her Instagram that Lil Peep left this world. She posted a portion of a text conversation between her and Peep, where the two expressed their love for one another. Her caption read:

“i can’t believe i’m writing this. you’re in my heart. i’m always yours. i don’t have words to express what you’ve done for me in such little time. i love you so much. you live forever in me. i don’t know how to do any of this without you now… i love you so much i want to wake up from this nightmare [sic]”

i can’t believe i’m writing this. you’re in my heart. i’m always yours. i don’t have words to express what you’ve done for me in such little time. i love you so much. you live forever in me. i don’t know how to do any of this without you now… i love you so much i want to wake up from this nightmare

While an official cause of death is yet to be revealed, drug overdose is suspected. At least one source claims his death is due to a heroin overdose, and that the heroin may have been laced with fentanyl.