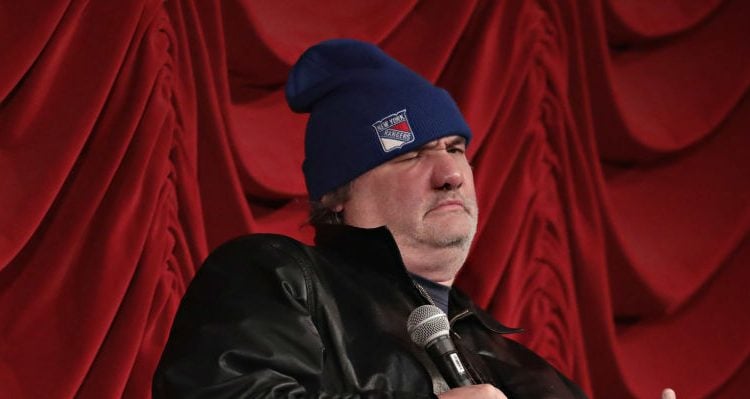 Artie Lange is in the news again due to another arrest. So, what happened to Artie Lange? And how have all of these arrests and drug issues affected Lange’s ability to make a living? Read all about his career and personal missteps, as well as Artie Lange’s net worth in 2017.

Artie Lange is a New Jersey boy born and raised. Born in Livingston, New Jersey, on October 11, 1967, and raised in Union Township, Union County, New Jersey, it seems like two things have been constants in Lange’s life—comedy and trouble.

In August 1985, Lange was arrested for attempted bank robbery. Lange claims that he was just trying to flirt with the teller via a note saying that Lange was armed and demanded $50,000. He managed to get the sentence down to a fine and community service.

Around that same period, Lange was in school and managed to get an “A” on a school project that involved him telling funny stories about his family. It was the first time that Lange got laughs from an audience. And, he instantly became hooked.

In 1985, Lange’s father fell off a ladder at his job as an antenna installer and became a quadriplegic. So, Lange quit school and went to work, as did his mother, to help afford the care that Lange’s father needed.

It was actually through his father’s medical problems that Lange first became acquainted with Howard Stern. Stern donated an autographed jacket for an auction to help with the medical bills.

Lange’s father ended up passing away in 1990.

The Comedy and Tragedy

In 1987, Lange tried stand up comedy for the first time and promptly bombed. Despite not doing well, Lange made it his goal to have a job in comedy. In the meantime, Lange became a longshoreman to help with the family bills and support himself.

Lange quit his job in 1992 to pursue comedy full time and became a part-time cab driver to fill in the gaps in pay. Within that year, Lange quickly got paying gigs, which lead to voice-overs and acting jobs. But, it also led to cocaine addiction.

In 1995, Lange joined the cast of Mad TV. His run on the show was filled with humor, along with drug abuse and a suicide attempt. This ended up being a pattern in Lange’s life, with amazing stints of creativity and sobriety punctured by drugs and issues.

Lange’s most recent incident was a March 2017 arrest for three charges for possession of heroin, cocaine, and drug paraphernalia. Artie Lange’s nose injury stems from that arrest.

With all the drugs and lawyers, one may think that Artie Lange is close to broke. That may not actually be the case.

Due to a few good investments, some high profile jobs, and a $2.0 million salary for his satellite radio show, Lange’s not doing too bad. He’s also written three books that have hit bestseller lists.

In total, Artie Lange’s net worth is approximately $10.0 million.