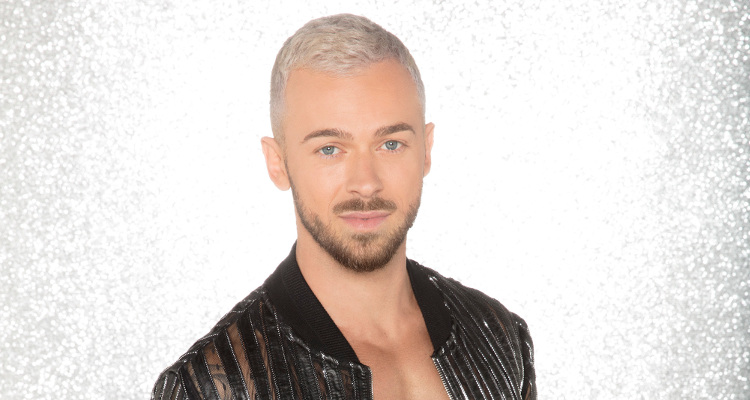 Artem Chigvintsev is no stranger to the ballroom stage. His journey on Dancing with the Stars started back in 2014. Although he hasn’t grabbed the Mirrorball Trophy yet, we’ve all seen him work magic on the dance floor. Will this be his lucky season?

Artem Chigvintsev’s Dancing with the Stars journey started in 2014 when he appeared as a troupe member in season 18. That same year, he was promoted to become a professional dancer for season 19 of the show. Paired with actress Lea Thompson, the couple finished in sixth place. Returning in season 20 with singer Patti LaBelle, the couple finished in eighth place. Making a comeback in season 22 with actress Mischa Barton, their journey ended in week 3. For season 23, Artem was paired with Maureen McCormick and once again, they ended the season in eighth place. For season 24, he was paired with Nancy Kerrigan, but the couple didn’t make it too far and shockingly left in a double elimination. Currently, he is paired with wrestler, Nikki Bella. Aside from Dancing with the Stars, what goes on in the dancer’s life? Is Artem Chigvintsev married? To know more about the professional dancer, take a look at our Artem Chigvintsev wiki.

Born on June 12, 1982 in the Soviet Union, Artem Chigvintsev is a Russian-American who moved to the United States in 2003 and began dancing with champion ballroom dancer, Giselle Peacock. Now, he is a professional dancer, who specializes in Latin dancing. Having appeared on famous TV shows such as So You Think You Can Dance, Strictly Come Dancing, and Dancing with the Stars, he proved himself to be a skilled dancer on several occasions.

Who is Artem Chigvintsev’s wife? Lately, a lot of questions have been asked about his personal life, with some people even wondering if Artem Chigvintsev is gay. Firstly, no, he is not gay. From 2004 to 2005, he was married to his dancing partner, Giselle Peacock. More recently, Artem Chigvintsev’s girlfriend was Torrey DeVitto. But since their split this past May, it looks like Artem might be single!

For season 25, Artem Chigvintsev’s DWTS partner is WWE wrestler, Nikki Bella. So far, the duo has done pretty well and scored fairly high for their first two performances. However, their third dance during last week’s two-night special has them at the bottom of the scoreboard with 18 out of 30. Nikki Bella commented about how difficult it is to move around in heels since she’s “used to body-slamming girls for a living.” There aren’t many people who can say that!

Artem Chigvintsev’s net worth is estimated at $2.0 million. Wow! Maybe it’s true that when you follow your passion, money will come!

With good scores and great performances, Artem Chigvintsev is definitely in for the win this time around. The rest of the Dancing with the Stars 2017 cast is definitely up for some severe competition. Anticipation is building and everyone is putting in that extra bit. All we can say is that the best is yet to come!