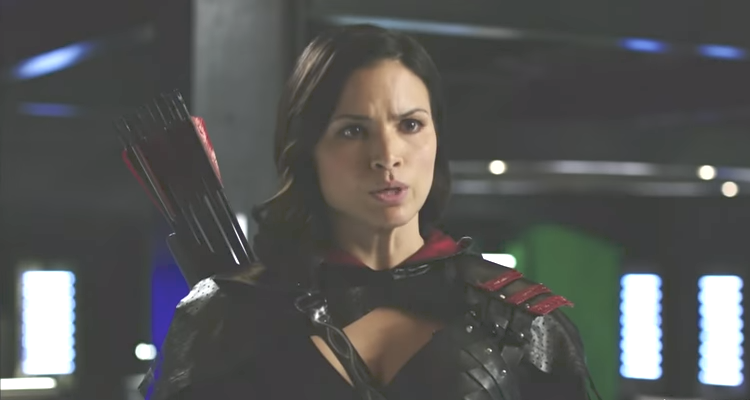 After being on a hiatus for a few weeks, Arrow is finally back and ready to pick up where it left off! Fans of the CW show have been searching for Arrow season 6, episode 16 spoilers, desperately trying to find clues as to where the show might be going from here.

Since the Arrow cast have been on break for a little while, fans are anxious to know what happens next to Oliver Queen and his team. If you’ve been searching for Arrow season 6, episode 16 theories and more, then we have what you need. So, keep reading!

In this episode, titled “The Thanatos Guild,” a rogue group of the League of Assassins is after Thea Queen for a relic that was left behind by her father, Malcolm Merlyn. Nyssa comes back to Star City to warn Thea of the dangerous renegades, led by a woman named Athena (played by Kyra Zagorsky).

Fun fact: Fans will be happy to know that there will be no more breaks this season. The show will continue until May 17, 2018!

Also Read: What Happened on “The Good Doctor” Season Finale? Is Richard Schiff Leaving the Show?

Before Arrow went on hiatus, we saw a hint from the previous episode, “Doppelganger.” It revealed strange a woman on a rooftop.

The woman in question appeared to be watching Thea and Roy, whom she just rescued from Richard Dragon, Star City’s resident villain. And Nyssa returns to warn Thea that she’s in danger since she, like Nyssa, was an heir to the Demon.

The episode refers to a golden box that Athena and her assassins are looking for. Does Thea know what they’re talking about?

Unlikely, and for many reasons. For one thing, Thea was in a coma for the last six months, after Lian Yu blew up last season.

The other reason is that Thea’s father (who seemingly died to save her) always lied and probably never told her about any important relic.

Can Nyssa Al Ghul Be Trusted?

In the trailer, it actually appears to be Nyssa who is taking the box in question out of the ground, which appears to be a hiding spot. Could Nyssa be working both sides?

It’s unlikely, especially since she turned over a new leaf many seasons ago. It was her decision to disband the League in the first place.

We haven’t seen Nyssa since last season, when she fought her half-sister Talia on Lian Yu. And fans have missed her.

Not only will Nyssa help Oliver battle Athena and her forces, but she will also help him come to a life-changing realization. Could that epiphany involve bringing the team back together?

The show is still seeing a divided Team Arrow, and Rene is still in the hospital after his fight with Oliver. Oh, and Dinah still wants revenge against Black Siren!

Many are tired of the OTA vs. NTA storyline. And, they have grown frustrated with the show as a whole.

Oliver is aware of the corruption among his staff in the Mayor’s Office. He’s already reached out to Quentin and Dinah for help.

But Oliver still doesn’t trust Dinah’s judgment out in the field, but he’s going to need her eventually.

In the end, fans are hoping that Oliver realizes that he needs the whole team. But the next episode, “Brothers in Arms,” is more centered on Oliver and Diggle.

Either way, Oliver is going to need the whole team if he’s going to save the city from Richard Dragon!