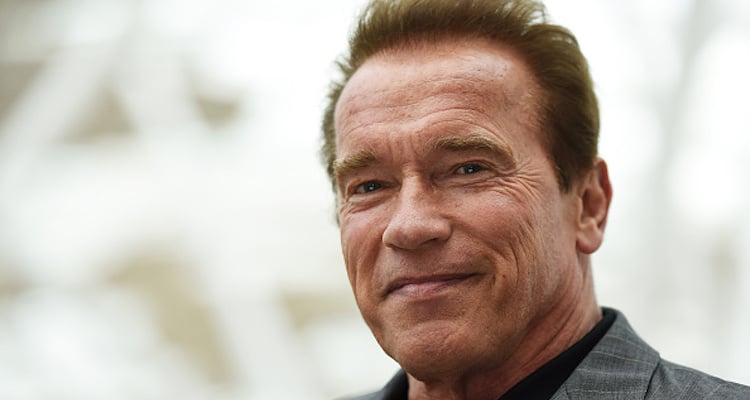 If you were to look at his résumé, you’d quickly realize that Arnold Schwarzenegger truly is a jack of all trades. By the age of 69, it’s undeniable that Schwarzenegger has lead quite an interesting life and has acquired a large repertoire of valuable experiences and skills along the way. He came from next to nothing, so Arnold’s Schwarzenegger‘s net worth of $300.0 million has people impressed and baffled as to where all that money came from! Worry not, we’ve got you covered.

Coming from very humble beginnings, Arnold Schwarzenegger can now boast that he’s a prominent former bodybuilding champion, a famous Hollywood actor, an author, successful businessman, politician, philanthropist, and activist. Each of these incredible accomplishments have contributed to his overall success in varying ways. Given that Arnold Schwarzenegger had a very rough and poverty-stricken childhood growing up in Austria, you might be shocked to discover that by 2017, he’s actually gained an astronomical amount of money. With Arnold Schwarzenegger’s net worth at an estimated $300.0 million, his hard work has definitely paid off!

Humble Beginnings and Lots of Ambition!

Born on July 30, 1947 in Thal Styria, a small Austrian village located just west of Graz, Arnold Schwarzenegger was destined to achieve great things from the very beginning of his life. He was always very passionate about leading a physically active lifestyle and grew up playing a variety of sports, most notably soccer, at the behest of his very strict father, Gustav Schwarzenegger. In fact, his father originally wanted Arnold to become a famous soccer player. It was a huge point of contention between the two, when Arnold ignored his father’s wishes and pursued a career in bodybuilding instead.

Arnold Schwarzenegger stated in past interviews that his childhood in Austria wasn’t exactly ideal and by today’s parenting standards, many of the disciplinary practices his father implemented on him would be considered child abuse. It was considered a great sign of disrespect to disobey your parents in any way, and oftentimes, this was punishable by getting beaten or spanked. Arnold attributes this type of treatment as a normal part of child rearing and parental mentality in Austria during that time.

“Back in Austria, it was a very different time… if we did something bad or we disobeyed our parents, the rod was not spared,” explained Schwarzenegger.

Over the years, there have been a few different stories floating around as to why Schwarzenegger chose not to attend his father’s funeral in 1972, but it’s possible that the most likely reason was the turbulent nature of their relationship.

Despite his incredibly tough upbringing and lack of support from his parents, Schwarzenegger worked toward pursuing his dream of becoming a bodybuilder and eventually, a famous actor. His goal was to become the most famous man in the world, and he achieved it to a fault. In 1965, at the age of 18, while he was completing his mandatory minimum required service in the Austrian army, he competed in the Junior Mr. Europe contest and won by a landslide! He then went on to become a four-time Mr. Universe winner and a seven-time Mr. Olympia winner. He was just 20 years old when he first won the title of Mr. Olympia, and held the title of the youngest person to win the award until 1991.

Moving to the Land of Opportunity and Wealth

Arnold always dreamt of leaving Austria and starting a new and lavish life in the land of opportunity, dreams, and wealth: America. Thanks to his winning the 1967 Mr. Universe title, he was finally able to make this dream a reality the following year. He continued to train as a bodybuilder and eventually gained worldwide recognition, in part because of the 1977 documentary Pumping Iron, that closely showcased his rigorous training and diet regimen for the Mr. Olympia competition. After moving to America and taking up permanent residence, Schwarzenegger decided to invest his money in real estate, which was one of the smartest moves he could’ve made because it made him a verifiable millionaire by 25. Schwarzenegger authored numerous books about bodybuilding and fitness for adults and kids. Also, his autobiography entitled Total Recall: My Unbelievably True Life Story (2012) was a huge commercial success in the United States as legions of fans were inspired by watching Arnold Schwarzenegger transform from athletic superstar to actor and then later on, to a beloved politician. It illustrates the powerful image of a man who rose from a very troubling childhood and overcame all obstacles in order to make something of his life.

When I presented the trophy last night, Cedric turned the tables on me – he’s a great guy, so even though I’ve been retired for about 40 years, when he asked, I hit my 3/4 back pose.

A Success Story Still in the Making

Even after everything Arnold Schwarzenegger has achieved in his life—and we’ve only hit the tip of the iceberg—it’s astonishing to see that he hasn’t slowed down one bit! His fans are always loyally and eagerly awaiting what he’ll tackle next. That explains why Arnold Schwarzenegger has always been a huge box office draw no matter what he does, and his return to the movies is always widely celebrated. In fact, The Terminator star and former governor of California released a movie entitled Aftermath earlier this year. While the film itself received mixed reviews, Schwarzenegger’s performance was what stood out the most to fans. He stars in another movie, Killing Gunther, which is set to be released in October, making it abundantly clear that he won’t be quitting show business permanently any time soon. Check out the chart below to see the list of his movies, and his salary for each!

Most famously known for his role as the Terminator and famous lines like “I’ll be back,” Arnold Schwarzenegger’s role as the cyborg assassin earned him the most amount of fame. He reprised his role in all three of the films, and if you want to see what he was paid for each, check out the chart!

Family Life, House, and Net Worth

It’s actually hard to accurately estimate Arnold Schwarzenegger’s net worth because, over the years, he’s had a hand in countless business endeavors—and that’s not including his phenomenally lucrative film career! Not only has he dabbled in real estate investments, bodybuilding, and movies,  Schwarzenegger has also had a stake in the restaurant industry (pun intended), various bodybuilding, and sports publications, as well as his own international sporting event and festival that’s aptly titled ‘The Arnold Classic.’

Also, let’s not forget that Arnold Schwarzenegger was governor of California from 2003 to 2011, not that it added to his wealth! He didn’t take a salary for that real-life role, estimating that he lost out on about $20.0 to $30.0 million worth of movie roles during that time!

At various points throughout his career, Arnold Schwarzenegger’s net worth has been estimated to be anywhere between $200.0-800.0 million, resulting from some very savvy business and career moves. Currently, however, his net worth is estimated to be around $300.0 million, which means Arnold Schwarzenegger’s kids with his ex-wife, Maria Shriver (Patrick, Katherine, Christopher, Christina) as well as his love child, Joseph (with his former housekeeper, Mildred Baena) will be well off for the rest of their live, if they play their cards right!

That number could change at any moment, though. To put it into perspective, the 10,000 square foot house that Arnold Schwarzenegger shared with his then-wife, Maria Shriver, in California sold for a whopping $12.9 million back in 2013.