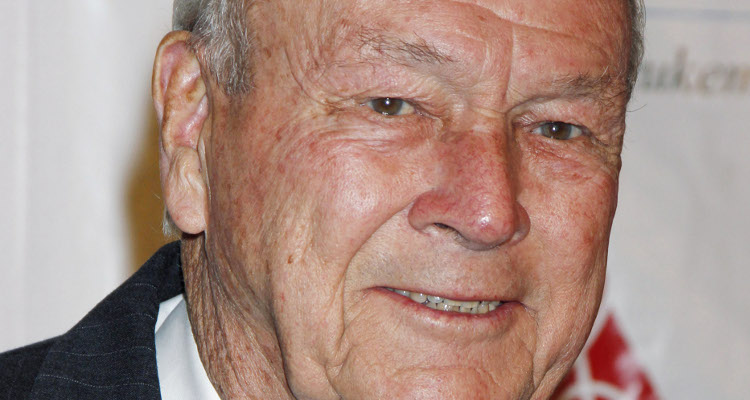 In the latest news, golfing great, Arnold Palmer is no more. The 87-year-old professional golfer, known as “The King,” passed away on Sunday, September 25 at the UPMC Shadyside Hospital in Pittsburgh, where he was undergoing heart tests ahead of cardiac surgery. Heartbroken golf fans want to know more about the star, and are searching the Internet for Arnold Palmer’s net worth, and confirmation on whether or not Arnold Palmer is dead. Stay right where you are, because we’ll tell you everything you need to know about the net worth of Arnold Palmer, including Arnold Palmer’s tribute, Arnold Palmer’s golf courses, and the popular Arnold Palmer beverage.

If you’re wondering what Arnold Palmer’s net worth was, the legendary golfer had an estimated net worth of a whopping $675.0 million! Even after winning 92 golf tournaments, Palmer earned only $7.0 million in winnings.

He amassed his vast fortune thanks to his successful business endeavors. In 2015, Palmer remained one of the highest-paid retired athletes, taking home $42.0 million in earnings. The immensely popular Arnold Palmer beverage (iced tea and lemonade), as well as various endorsement deals in his kitty, ensured that Palmer lived out his golden years very comfortably.

Palmer was born on September 10, 1929, in Latrobe, Pennsylvania. He was introduced to the sport of golf at a young age by his polio-stricken father, Milfred Jerome Palmer, who was the head professional and greens keeper at the Latrobe Country Club. Palmer got accepted into Wake Forest College on a golf scholarship, but dropped out after the death of a dear friend. He served in the United States Coast Guard for three years, before returning to college and golf. In 1954, Palmer won the U.S. Amateur and traveled the golf circuit, along with his new wife, Winifred Walzer, whom he met at a golf tournament.

It wasn’t long before people began to take notice of the young and handsome Palmer. Thanks to his charisma and good looks, Palmer raised the status quo of golf and made it the widely telecast event it is today. After his Canadian Open win in 1955, Palmer went on to win the 1958 Masters Tournament and after that, there was no looking back for the rookie. Over the course of his extensive golfing career, Palmer won seven major championships; he won the Masters four times, he won the U.S. Open, and he won The Open Championship, twice.

The talented golfer earned a loyal fan following nicknamed “Arnie’s Army,” and became the first man to receive $1.0 million on the PGA Tour. In 1960, Palmer was awarded the Sports Illustrated magazine’s “Sportsman of the Year Award” and went on to win the Vardon Trophy. In 1980, Palmer became eligible for the PGA Champions Tour and won 10 events, including five senior majors. Marking his 50th consecutive appearance at The Masters in 2004, Palmer announced his retirement from the Majors, and subsequently retired from professional golf in 2006.

Branching Out into Business

Besides achieving tremendous success in his golfing career, Palmer ventured into business and co-founded The Golf Channel. He owned the Bay Hill Club and Lodge, where the PGA Tour’s Arnold Palmer Invitational is held. In 1972, Palmer formed the Arnold Palmer Design Company, and along with its partner, the firm designed over 200 golf courses around the world! He also became the owner of the Latrobe Country Club, the same place where his father worked. Palmer was also a member of the American Society of Golf Course Architects. In 2001, he launched his own branded beverage called “The Arnold Palmer,” which is a delicious mix of lemonade and iced tea.

Palmer remained married to his first wife until her death from ovarian cancer in 1999. The happy couple was married for 45 years, after which, Palmer married Kathleen Gawthrop in 2005. He had a love of flying and was a pilot for more than 50 years, logging over 20,000 hours of flying time. Following in his famous grandfather’s footsteps, Palmer’s 29-year-old grandson, Sam Saunders is now a professional golfer as well.