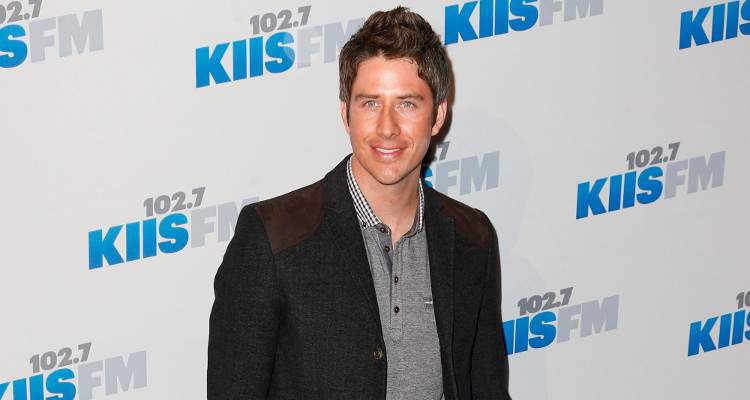 The next Bachelor is all set to swoon the ladies with his good looks, charm, and a large net worth. Arie Luyendyk Jr.’s net worth is due to his hard work and determination.

Like his father, Luyendyk Jr. is also an established car racer. Right now, his net worth is approximately $4.0 million, but we are sure that after his second stint on The Bachelor, it is bound to rise.

A Racer Was Born

Talking about his profession, Luyendyk Sr. said, “Indianapolis has been nothing but positive for me, I have to say. I have pride in being able to be a guy who was able to win races but also go fast in qualifying, and in that regard, be versatile. I know a lot of guys who were really good racers at Indy, but they didn’t care for qualifying. They didn’t want to hang it out, they didn’t want to run low downforce. I always enjoyed putting together that one phenomenal lap.”

Indy yesterday was a blast! Good to see mom and dad.. We didn't even coordinate our black attire ?

Arie Luyendyk Jr.’s family includes his twin brothers, Luca and Alec Luyendyk, who reportedly walked down the aisle with the love of his life recently.

Luyendyk Jr. also has a sister, Maida. Not much is known about her, but they seem to be like a close-knit family.

Luyendyk Jr. participated in the Indy Lights Series, where he completed the race by coming second, third, and fourth in the championship for several years.

In 1992, he started racing karts. By the age of 16, he moved to the Sports Car Club of America club Formula Ford competition.

In 2002, he participated in the first three seasons of the Indy Racing League’s Indy Pro Series, which is now called the Firestone Indy Lights. He once won four pole positions and 24 top 5 finishes.

Luyendyk Jr. was voted IPS “Most Popular Driver” for four years straight between 2003 and 2006.

A brilliant race car, he came in second place in the Firestone Indy Lights Championship in 2002, finished third in 2004, and in 2008, finished fourth.

During the 2007-2008 A1 Grand Prix Season, Luyendyk Jr. was the team’s rookie driver in the A1 Grand Prix World Cup of Motorsport.

His first series win was during the final race of the 2008 season at Chicagoland Speedway.

In 2010, he made his part-time comeback to Indy Lights and drove in the Freedom 100 for Andersen Racing and three other oval races for Alliance Motorsports.

It was in 2013 that Luyendyk Jr. moved to off-road racing by competing in the Stadium Super Trucks series, where he came seventh in points.

In 2009, Luyendyk Jr. was the driver analyst for Versus broadcasts of Indy Lights races.

#Repost @realtorarie ・・・ Join my new page to follow all things real estate. My winter career is taking off and who doesn't love pics of beautiful homes?!

Additionally, he appeared in season 9 of Hell’s Kitchen, as well as Wipeout: Summer Episode 7: Bachelors vs. Bachelorettes. But he was sent home very early on.

Arie Luyendyk Jr. on The Bachelor

Luyendyk Jr. knows the drill of The Bachelor as this is not the first time he is part of the franchise. He was runner-up on the eighth season of The Bachelorette, which featured Emily Maynard. Unfortunately, she chose his best friend in the house, Jef Holm. Ultimately, the two did not work out, and Maynard went on to marry and have children with someone outside of Bachelor Nation.

Thank you everyone for all the kind words today! Excited to start this journey ?

In an interview, Luyendyk Jr. revealed, “This is pretty surreal. It doesn’t really feel real yet, but I’m taking it step by step. The timing is just so perfect in my life. I could not be more excited for this journey I’m about to embark on.”

He added, “I’m not nervous, now that I’ve had some time and distance away from it, it feels like the feeling I had before I went into it the first time. I think sometimes when you’re on The Bachelorette and you jump right into being The Bachelor, for me it would’ve been too soon. This feels more natural. I’m not concerned what people think. I’m just focused on the outcome. I want to find my person and will do whatever it takes!”

Arie’s Parents Were Unaware of the News

Luyendyk Jr. revealed that he didn’t even inform his parents about being featured in season 22 of The Bachelor, “Well, he’s finding out right now! Hey Dad, Mom. I kind of kept things really under wraps because I didn’t know how this would turn out.”

He added, “It’s been such a quick turn of events, and my family doesn’t know, so now they know. They know along with you guys!”

A total of 29 women will be vying for a shot at Arie Luyendyk Jr.’s rose and heart when The Bachelor premieres January 1, 2018 on ABC.

Getting the weekend started at the @detroitgp waving the flag for the slow roll! @learcorp