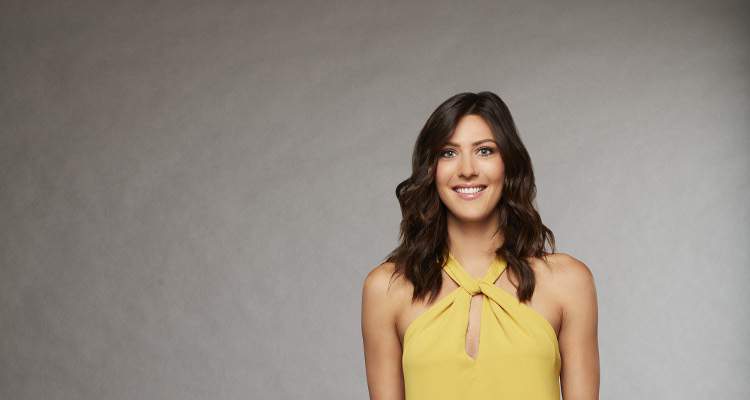 Wouldn’t you want to head out to Paris, France, with a bevy of beauties to romance them in the city of love? Arie Luyendyk Jr. will get to do just that in The Bachelor season 22, episode 6 that will air on Monday, February 5, 2018, on ABC.

ABC had teased the viewers earlier that Arie and the remaining contestants will begin their international travel and spend time in Paris, where some major events in the show will take place.

According to reports, there will be a romantic one-on-one between Arie and Lauren Burnham at the Luxembourg Gardens, among other things.

Beware, The Bachelor Spoilers Ahead!

We are going to tell you some details of what is likely to happen in The Bachelor week 6, so watch out for The Bachelor 2018 spoilers ahead! If you do not want to know what’s going to happen, then stop reading right now!

We will also venture a guess on who Arie chooses on The Bachelor in the end. This lucky lady will get to walk down the aisle with Arie, and that will draw the curtain on this season’s search for Arie Luyendyk Jr.’s perfect wife.

Episode 6 will also feature a group date and the tough two-on-one excursion.

The More the Merrier

French Kissing on Top of the World

The two-on-one is supposed to feature Kendall Long and Krystal Neilson. And the inside news is that Krystal will get eliminated!

Arie will have dinner with one of the contestants at Maxim’s. And, he also kisses one of them when both of them are at the top of Eiffel Tower.

As Tears Go By

Reality Steve has said that both Chelsea and Jenna will not get roses from Arie in this episode and are likely to head back home. So, there are going to be some tearful faces among the contestants and many among the viewers during week 6 of The Bachelor season 22!

The big question on everybody’s mind is, who will be the lucky woman who will get to spend the rest of her life with Arie?

According to Reality Steve, the final two women in the fray will be Lauren and Becca!

So, who will Arie finally select from these two lovely ladies?

According to estimates, it’s going to be Becca who will get engaged to Arie.

Becca is from Minnesota where she works as a senior account executive in a tech public relations firm called Skyaa.

Becca has had some difficult times in her personal life. She lost her father eight years ago, and her mother is fighting breast cancer.

Here comes a surprising twist in the tale. Reality Steve has given an update on his prediction of the season 22 winner.

A Drastic Change of Mind

Reality Steve says that even though Becca and Arie get engaged on the show, he says it doesn’t last long. Arie apparently has second thoughts and changes his mind about marrying Becca!

Nothing like a strong bond over the love for gravy. #twinning

According to him, Arie breaks off the engagement because he wants to be with the runner-up, Lauren. He then goes on to predict that the two of them will be together.

Watch it Until the End!

If all this makes you confused, don’t worry. Reality Steve has got it wrong before, so take what he says with a grain of salt! And, the winner could be someone completely different!

The best and foolproof way to find out who the winner is in season 22 is to watch the show until the end!

Be sure to watch the next installment of Arie Luyendyk Jr.’s journey of finding true love on the show. The Bachelor season 22 at 8:00 p.m. EST on Mondays on ABC.