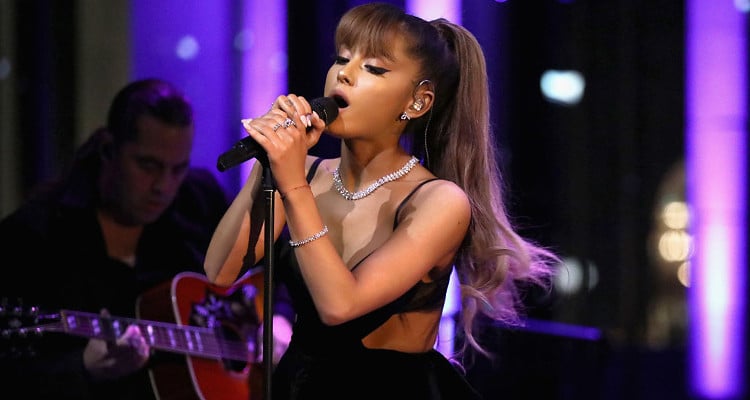 Ariana Grande is having the time of her life. The 23-year-old singer will be on the road until June 2017 as she travels the world for her Dangerous Woman Tour 2017. Here is Ariana Grande’s  tour dates, including her set list in case you’re hoping to catch a concert near you!

Undoubtedly, Ariana Grande is one of the most talented singers of our generation. She has amassed a massive fan following for her powerful and passionate singing voice, as well as her exciting personal life. The “Love Me Harder” singer embarked on her third concert tour earlier this month and will perform at various venues in North America and Europe. She kicked-off the highly-anticipated Dangerous Woman Tour in Phoenix, Arizona, after tickets went on sale last year coinciding with the release of her third studio album, Dangerous Woman. So far, Grande and her band mates have performed in Las Vegas, Omaha, Tulsa, and Nashville. The “One Last Time” crooner recently shared an Instagram video of her concert at the Bridgestone Arena in Nashville, Tennessee on Valentine’s Day. Scroll down to find out more about Ariana Grande’s set list and tour dates for her Dangerous Woman Tour 2017.

The 23-year-old entertainer will be hitting cities across North America on the first leg of her tour before jetting off to Europe. Grande will be performing after opening acts British girl group Little Mix, singer-songwriter Victoria Monét, and rapper BIA. She recently took to Instagram to post a video of her mind-blowing performance in Nashville last night, captioning it, “Nashville, thank you. I love you from the bottom of my heart !!!!! Happy Valentine’s day.”

The video showcases the gorgeous brunette singing and blowing kisses to the crowd as she walks down the stage dressed in a shiny black jacket, while sporting her trademark ponytail. Ariana Grande’s Instagram video was viewed over 275,000 times in its first hour of being posted, and has been flooded with comments from the “Greedy” singer’s 96 million followers ever since.

Nashville, thank you. I love you from the bottom of my heart !!!!! Happy Valentine's day ?♡✉️? @dangerouswomantour ?: @alfredoflores