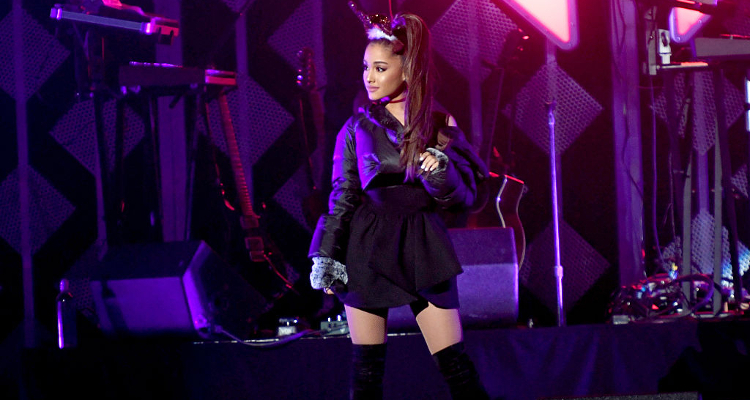 Ariana Grande’s fans were excited as Little Red embarked on her third concert tour last Thursday (February 3). The Dangerous Woman Concert Tour is in full steam, and Grande is teasing her fans with what’s in store.

After much anticipation, Ariana Grande set off on her third tour, promoting her album Dangerous Woman around the U.S., Canada, and Europe. The tour kicked off on February 3, 2017 at the Talking Stick Resort Arena of Phoenix, Arizona. British girl band, Little Mix, and Grande’s long-time songwriting partner, Victoria Monet are joining her on the North American leg of her tour as the opening acts. The 23-year-old and her team have put in a lot of effort to plan the concert. Following her third show, the young songstress is giving a peek of her concert’s visuals through her Instagram.

The “Side to Side” singer posted a clip from her Dangerous Woman Concert Tour on her Instagram last night (February 7). The clip was shot by Hannah Lux Davis, the director who has worked on Grande’s music videos for “Love Me Harder,” “Bang Bang,” “Into You,” and “Side to Side.” The clip was posted the same day as her concert in Omaha, so we’re sure fans got a real visual treat!

With more than 95 million followers, Ariana Grande’s Instagram account is the fourth most-followed profile. So, naturally, her posts receive a lot of likes and comments. While many were gushing over how stunning she looks in the black-and-white clip, some fans were hoping for her tour to stop in their city.

Grande has been very specific about the details of her concert tour. Bryan Hearns, the man behind the costumes during Grande’s tour, revealed what goes into planning the outfits. Hearns is a Fashion Institute of Design & Merchandising (FIDM) alum who has worked with Selena Gomez, Kylie Jenner, and Keke Palmer.

He was approached by Grande’s stylist, Law Roach, to design the Dangerous Woman tour costumes. Hearns’ costumes are an extension of Grande’s fashion aesthetic, and includes matching sets, mini skirts, high waists, thigh-high boots, oversized outerwear and her signature slicked-back pony. Hearns created Grande’s performance-wear inspired by Audrey Hepburn. The looks were designed to withstand the jumping, dancing, and sliding on the stage while not being too heavy to perform in. 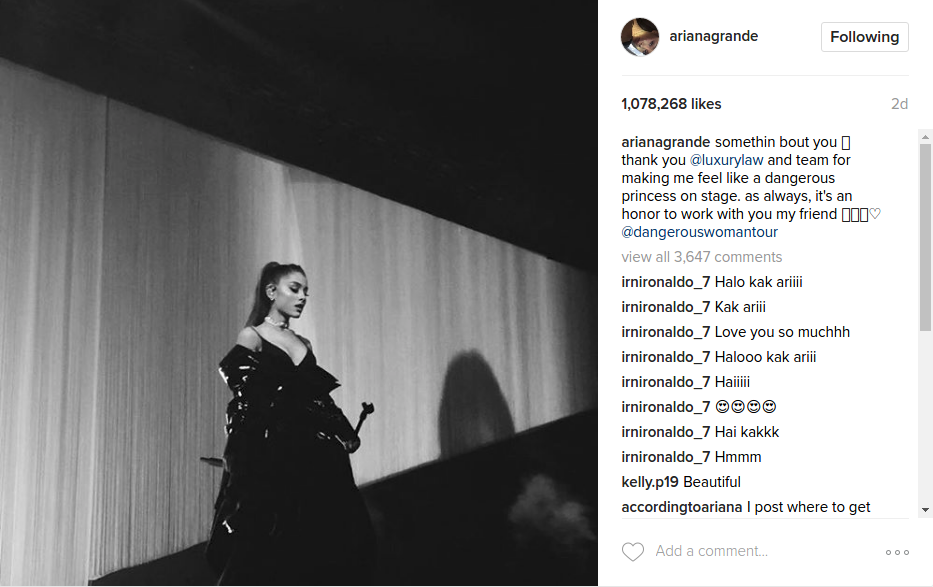 The Dangerous Woman Concert Tour is heading to Oklahoma next, where Ariana Grande will take the stage at Tulsa’s BOK Center on February 9. If you want to see her perform live, you can check out dates and buy tickets through her web site.