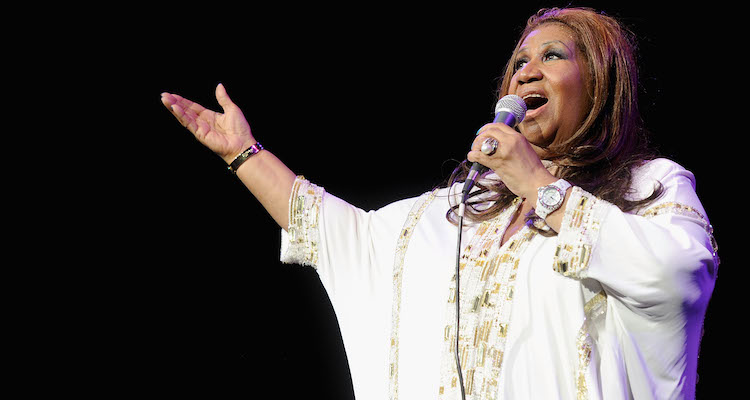 Following last week’s reports of Aretha Franklin’s family gathering to be by her bedside, it has been reported that the “Queen of Soul” officially passed away at 9:50 a.m. local time on August 16, 2018. She was 76. The cause of death has been reported as pancreatic cancer.

After battling health issues for a long time, Aretha Franklin passed away on Thursday at her Detroit home, a statement by the iconic singer’s family announced. Reports on August 13 revealed that Franklin had entered hospice care for undisclosed health issues. In 2017, rumors about Aretha Franklin’s hospitalization and death did the rounds of the internet. But the rumors were proven false then.

According to reports, Franklin took her last breath at her home in Detroit. She was surrounded by family and friends, who had reportedly rushed to be by her side in recent days.

A statement was released on behalf of Franklin’s family by her longtime publicist, Gwendolyn Quinn, which said, “Franklin’s official cause of death was due to advance pancreatic cancer of the neuroendocrine type, which was confirmed by Franklin’s oncologist, Dr. Philip Phillips of Karmanos Cancer Institute in Detroit.”

Franklin reportedly was transferred to hospice care recently but continued to keep her struggle with the disease private.

“In one of the darkest moments of our lives, we are not able to find the appropriate words to express the pain in our heart. We have lost the matriarch and rock of our family. The love she had for her children, grandchildren, nieces, nephews, and cousins knew no bounds,” read her family’s statement.

“Say a Little Prayer” for the Soul Queen

Aretha Franklin’s health issues became quite apparent in the recent months, as she was even set to perform at a few upcoming scheduled shows. However, eyebrows began to raise when she had to cancel a pair of concerts in March and the subsequent months that followed (as per her doctor’s orders).

In June 2017, at one of her last public performances, Franklin closed out her show with a heartfelt message to her fans and said, “God bless you, God keep you, keep me in your prayers.”

That may have been the start of the rumors that followed.

Today, fans must accept that Aretha Franklin’s death is no longer a rumor.

The Mother of Divas

She was born in Memphis on March 25, 1942, but she was raised in Detroit, where she began singing as a child in her church choir. She would go on to achieve the unthinkable and become one of the world’s most renowned musicians, even mastering the piano, which she taught herself to play. But it was that iconic voice of hers that won over crowds by the masses.

By the ’60s, she became a household name, already being touted as the “Queen of Soul” for her passion and undeniable talent. And as the years passed, she only seemed to get better. In fact, she even made history as the first female to be inducted into the Rock & Roll Hall of Fame! The awards didn’t stop there; throughout her career, Aretha Franklin went on to receive a record number of Grammy awards, The National Medal of Arts award, and in 2005, President George Bush even awarded her The Presidential Medal of Freedom.

There was no woman like her and when it came to dedication to her music, Aretha Franklin’s spirit never wavered. “Music is my thing,” she once said. “It’s who I am.”

Songs like “Natural Woman”, “Respect”, and “Chain of Fools” (among many others) will live on forever, whether through covers by new emerging artists or from playing her old records on repeat. As one of the pioneers of soul music, her iconic tracks will never go out of style.

Aretha Franklin’s death comes as a shock to many, as it was only November 2017 that the original soul sister wowed fans on stage when she last performed at an Elton John AIDS Foundation Gala in New York. As she paved the way for a new generation of women in music, fans will remember her for her chart-topping songs, her powerhouse vocals, and her undeniable spirit. As a pioneer of soul music, her legacy will be honored for decades to come.