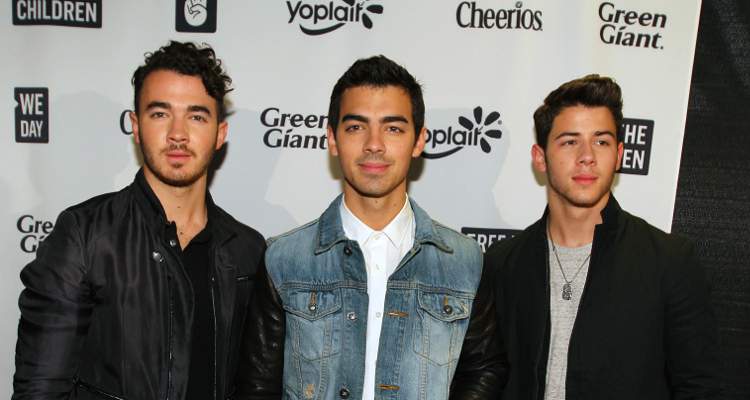 The “Burnin’ Up” singers have just given their fans a hope that they had buried way back in 2013. The Jonas Brothers’ reunion rumor has lit social media up with a wildfire that probably won’t fizzle out anytime soon. The trio broke up almost five years ago, and now fans are asking if there is a JB tour coming up! Read on for more on the sudden speculation.

The Trio That Rocked!

The Jonas Brothers (consisting of Nick, Joe, and Kevin Jonas) formed the infamous band in 2005. It was reported that at the time, they wanted to name their band “Sons of Jonas,” but later settled for the Jonas Brothers.

The trio signed a record deal with Columbia Records after the president of the label, Steve Greenberg, heard their first song, “Please Be Mine.” In the mid-00s (Kevin Jonas, 18, Joe Jonas, 16, and Nick Jonas, 13), the three brothers recorded their debut album; It’s About Time, which had collaborations with artists/writers like Desmond Child, who wrote for Bon Jovi, and Billy Mann, who wrote for Beyonce’s Destiny’s Child.

The Jonas Brothers saw instant success and were called on by Nickelodeon and Disney for title songs of their shows. Cartoons and shows like American Dragon: Jake Long and Zoey 101: Spring Break-Up caught the attention of tweens and teens.

In 2007, Miley Cyrus and the Jonas Brothers performed “We Got The Party” on one episode of the hit TV show, Hannah Montana.

By the end of the ’00s, the Jonas Brothers were already a household name due to their hit songs from the TV movie Camp Rock, which featured Demi Lovato.

The band saw a high from 2008–2012 and won several awards, including the AMA (Breakthrough Artist), BTA (Eventful Fans’ Choice Award), Nickelodeon Kids Choice (Favorite Music Group) and were even nominated for a Grammy in the best new artist category.

Where Are the Jonas Brothers Now?

Come October 2013, fans received shocking news from the Jonas Brothers (who were doing very well at the time), that they were going to split. It came as a sudden decision, and by the end of 2013, the Jonas Brothers was a dead and buried band.

Kevin Jonas said, “I think it was time, and for us it took some time getting there, but we feel like it’s time that the Jonas Brothers come to an end.”

But it was later reported that youngest brother, Nick Jonas initiated the break-up conversation.

“In a nutshell, I said, ‘Look, I feel like we’ve had some complications within the group for a long time without addressing them. I think this train will fall off the tracks without really getting real about some of the concerns and some of the limitations that we may feel as individuals in the group,’” the “Jealous” singer said.

Since then, Joe Jonas went on to have his own band called DNCE, Kevin Jonas announced his retirement, and Nick Jonas went solo.

But now, rumor has it that the brothers have reconciled and a reunion is in the works, but it’s unclear whether the reunion will be a one-time-only deal or whether it will get JB back on the charts. But ever since the Jonas Brothers Instagram account was revived, fans have gone crazy!

Since none of the brothers have commented on the news yet, we only have hopes to hang on to!