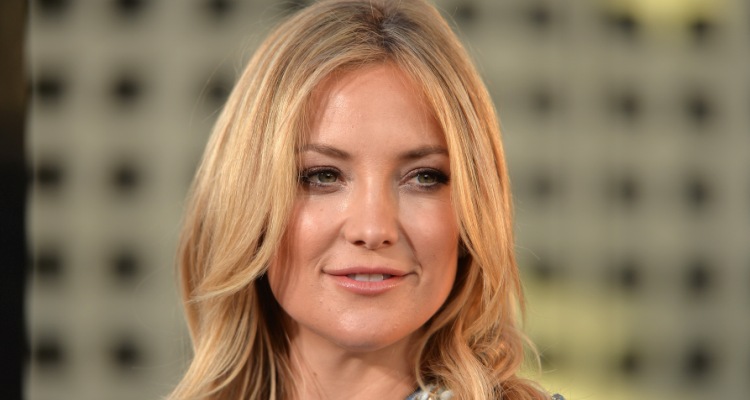 Are J.J. Watt and Kate Hudson dating? Sadly, the official answer is unclear, but the world wants to know if Hudson has a boyfriend.

According to E! News Hudson, 36, and Watt, 27, were seen on a date at an L.A. restaurant on Monday, where the actress took to Snapchat to document the night with fans. In the video Hudson and Watt are using one of the app’s filters that involve stars. Watt says, “Apparently the stars belong to the hottest one on the date.” The stars then—without surprise—appear over Hudson’s head and the two laugh. Cute right? Though the video is shaky, the message is pretty clear: the two had a great time and felt the need to document it, and we appreciate that!

Even though the blonde bombshell is a Denver Broncos fan, she appears to have no problem being with Watt, who is the Houston Texans’ defensive end. But who knows if the two risked bringing up football as an icebreaker.

This isn’t the first time the Kung Fu Panda 3 star has been linked to an athlete. In 2008, she dated Lance Armstrong for several months and then in 2009 she was connected to New York Yankees baseball player, Alex Rodriguez, whom she dated into spring of 2010. Since ending her engagement with former fiancé Matt Bellamy in 2014 after four years together, Hudson told InStyle magazine that she compares her love life to being in high school. The actress was even rumored to be dating Nick Jonas after the two were seen having dinner together.

“It really feels like high school. I can’t say hello to anybody without [people speculating we’re together],” she stated. She continued to say that she doesn’t comment on the rumors when she’s single because the relationships may not work out. She quipped that she had being linked to everyone—even her brother’s best friends!—and might start a coffee book on all her “mystery men.” That should be an interesting read for tea!

Watt previously told E! News that he’s waiting to settle down with the “right girl.” And who better than Kate Hudson?! Watt also told Heavy magazine that he definitely wants a wife and kids but said it’s difficult due to his busy schedule, so he want to find the right situation and balance.

Watt sounds like a great guy, and he makes it very hard not to root for him. And even though it’s too early to call him Hudson’s boyfriend, we think he would be a good fit for her and seems like he would get along well with her two sons. What do you think about this potential pairing?