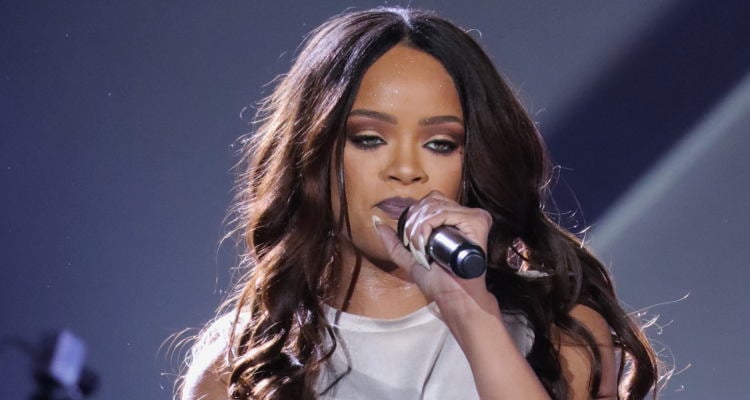 This year’s MTV VMAs were definitely interesting. First, Kanye gave a 4-minute speech, which certainly surprised somebody, then later on Drake surprised everybody by kissing Rihanna on her lips, while presenting with her an award! This brings us to the question, are Drake and Rihanna dating? If you are also confused after watching VMA’s 2016 and are searching for Drake and Rihanna VMA 2016, Drake proposes to Rihanna, then you have come to the right place, because we will solve this dating mystery for you.

Many Hollywood celebrities try to keep their relationship a secret, however, it doesn’t take much time for the truth to come out. If you did not watch Sunday’s MTV VMAs, then you might not know about Drake’s speech, VMA 2016 nominees or even Kanye West’s hyped up rant (aka 4 minutes of your life you will never get back.)

It all started with Drake buying a billboard for his sweetheart to congratulate her for her Video Vanguard Award Acceptance. It comes as no surprise when Drake walked on to the stage and presented Rihanna with her award. One of the sources said, “[Drake] still loves her and never stopped. Rihanna is the one that’s been not wanting to settle down in the past. They are having fun spending time with each other. Their music together got them close again,”

After Rihanna’s performance on Sunday night’s VMA 2016, Drake walked right on to the stage and gave a speech On Rihanna which confirmed their dating rumor. He said, “What’s most impressive is the person. Some artists need to play a character to achieve success. Some need to downplay their own natural instincts to blend in. She succeeds by doing something that no one in this music industry does which is being herself. This woman has surpassed all competition while still being the same girl from Barbados, surrounded by the same friends, speaking with the same accent…We love the music which can change styles from album to album. We love the videos which change their artistic vision from year to year, but, most of all, we love the woman, who hasn’t changed since day one. She’s someone I’ve been in love with since I was 22-years-old.”

After his speech, he handed her the award and shared a brief kiss on stage, and due to this, people have taken to the Internet, frantically wondering, “Are Rihanna and Drake dating?” With the speech (which seemed more like Drake professing his love, and then the on stage neck kiss, we are sure that it’s very possible that the two could be involved.