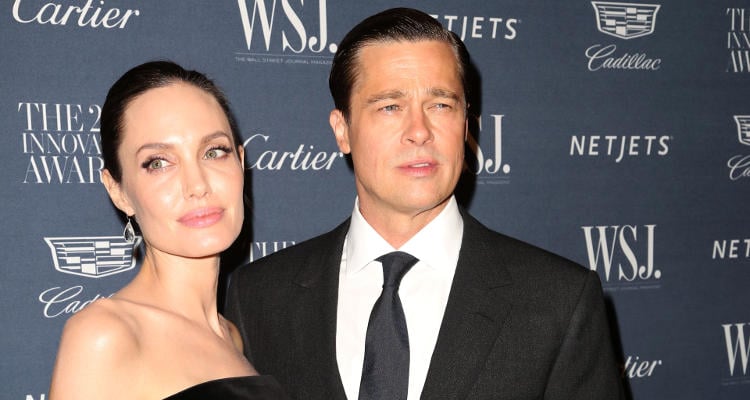 Who knew that their on-screen love affair would turn into an off-screen one. Yes, you guessed it right; we are talking about Angelina Jolie and Brad Pitt, better known as “Brangelina.” Recently, Brangelina has been in the news for their divorce rumors and everybody is asking the question: Are Brad Pitt and Angelia Jolie getting divorced?

Brad Pitt and Angelina Jolie’s love story is like a fairy tale, where you end up meeting your soul mate. Brad met Angelina on the sets of Mr. And Mrs. Smith. He was smitten by her and they started seeing each other shortly after. Their love story began in 2005, they got engaged in 2012, and married in 2014. However, now several divorce rumors are surrounding Brangelina. Many sources claim that they couple is heading for splitsville; whether that’s true or not, only time will tell.

Brangelina is one of the most successful couples in Hollywood. They have six kids together, and their acting career is also flourishing. So, are Brad Pitt and Angelina Jolie getting divorced? There are many stories to their divorce rumor; let’s take a look at them:

A report stated by the National Enquirer, “divorce is on the horizon” and the reason behind their splitsville is supposedly Angelina’s humanitarian work. The magazine further reports that Angelina and Brad are “no longer a couple” and “they’re leading separate lives.” The National Enquirer’s sources claim Angelina’s “globe-trotting and endless crusading for the world’s downtrodden is the duo’s biggest problem.”

“Angie is taking humanitarian work rumors very seriously, and has traveled to Lebanon, Greece, and Washington, D.C., in the past few months,” the source told the magazine, subsequently adding that Pitt is now “seriously lonely.”

The second rumor which got people asking if Brad Pitt and Angelina Jolie are getting divorced is due to Angelina suffering from anorexia. The rumor started surfacing when Angelina made a couple of public appearances, and she looked fragile. It was further reported that Angelina was going through a hard time and had stopped eating a healthy diet and was suffering from headaches and paranoia. Many sources claim that the reason behind Jolie’s sudden weight loss may be due to Brad’s alleged relationship with other women.

Rumor No. 3 is because both of them are very busy with their careers or one of them is cheating. Brad is currently busy shooting for his movies, while Jolie is busy with her charity work. She gave an interview to Express, wherein she said, “I can want to be in a battle all the time and take things very seriously and forget to have a laugh,” Another reason maybe Brad’s infidelity, due to his inappropriate relationship with his co-star, Marion Cotillard.

However, many sources claim that the divorce rumors are just a hoax because recently Angelina and their kids shifted to a rented place in London so that their family can stay together, so Brad can continue the production of the film Allied. As far as Angelina’s humanitarian work is concerned, Brad has always supported his wife and has never stopped her from pursuing her dreams.

With so many divorces and rumors happening in Hollywood, we just hope that the world’s favorite couple don’t head for splitsville! We hope they continue giving all of us #relationshipgoals. What do you think about the whole situation? Do you think that Brad Pitt and Angelina Jolie are getting divorced, or these are just rumors? Do let us know your opinion in the comments section below.