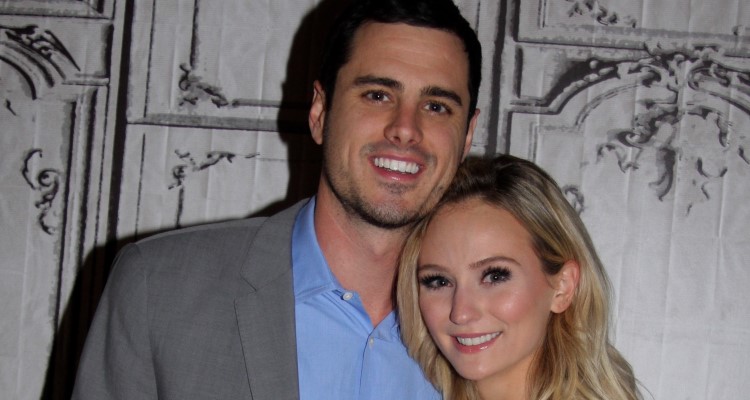 Higgins and Bushnell are the latest couple to get together on The Bachelor, with Higgins proposing to Bushnell on the season 20 finale that took place on March 14. Runner-up Joelle “JoJo” Fletcher is the current Bachelorette, hoping to find a new love since Higgins broke her heart on the previous Bachelor finale. While nothing has been completely confirmed yet, multiple rumors have claimed that Higgins and Bushnell’s wedding will be made into quite a big deal, as it is set to be broadcast on ABC as a television special.

If then the answer to, “are Ben Higgins and Lauren Bushnell engaged?” now turns out to be, “no,” then it will also be problematic for the Network Freeform. The channel is set to be the home for the latest Bachelor spinoff, Ben and Lauren: Happily Ever After, which is supposed to follow the couple as they prepare for their wedding and adjust to a life outside of the reality TV show. The show would also feature others from both The Bachelor and The Bachelorette, who would appear to offer advice (and boost ratings).

While the famous couple are one of only two couples to come out of the U.S. version of The Bachelor that are still together, they’ve stated they don’t believe in any sort of “reality TV curse” that would doom their relationship like so many others. However, apparently something has happened that at least has people wondering, “are Ben Higgins and Lauren Bushnell still together?” And that something is the famous gameshow, Family Feud.

The Sunday, July 31 episode of Celebrity Family Feud featured numerous Bachelors and Bachelorettes, and while Ben Higgins was among them, Lauren Bushnell was not. This alone was enough to raise speculation that the Ben Higgins and Lauren Bushnell wedding was off. While it may seem hard to believe that a woman not being on a game show is enough to spark breakup rumors, remember what the track record for couples from The Bachelor is like.

On to the next spot. Big days and big plans for @lauren_bushnell and I ahead!

So, are Ben Higgins and Lauren Bushnell still engaged? The good news is that these rumors appear to be unfounded—for now. Within the past few days, both Higgins and Bushnell posted Instagram images and captions that made very clear that there was no trouble in paradise, much to the likely relief of Freeform executives.

What does appear to be kaput, however, is Ben Higgins’ attempt at a political career. After beginning to consider being a politician following a podcast in January, it was announced last week, on July 21, that he was going to make a go at a seat in the Colorado House of Representatives as a Republican. Then one day later, he took it back due to “unforeseen circumstances.” A more detailed explanation of his decision has yet to be given, but you can probably guess the assumption that most people made: that ABC wouldn’t let him, given the fact that he just finished The Bachelor and has another reality program in the works. Reports appear to confirm this is the reason, but Higgins, Bushnell and ABC have all yet to elaborate further.