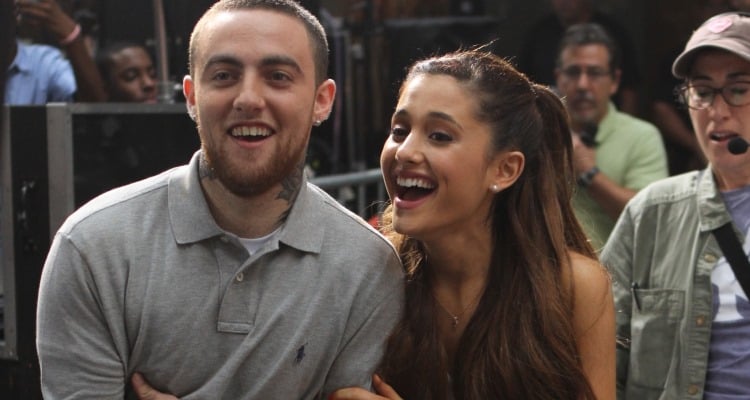 Have you been wondering why terms like, “Ariana Mac Miller” and “Ariana Grande boyfriend” are trending on the Internet lately? Well if you haven’t already, go and look up, “Ariana and Mac Miller’s kissing photo” and see for yourself!

Is there a new power couple in Hollywood? It sure looks that way and sources close to the couple confirmed that they are in fact dating, despite Miller downplaying their relationship in past interviews. Mac Miller’s age is 24 and Ariana Grande’s age is 23, making them perfectly compatible in the age-appropriate department!

It’s unknown how long the “Dangerous Woman” singer has been dating her new rapper and producer boyfriend, but they seemed to be piling on the PDA when they were recently caught at a Japanese restaurant. The couple were seen at Katsuya in Los Angeles, enjoying sushi and evidentially, each other.

Grande and Miller also have some history together. Before Grande was romantically linked to Big Sean, Miller was playing Grande’s boyfriend in her “The Way” music video.

Last Saturday at New York’s Nikon at Jones Beach Theater, Grande headlined the opening night of the 2016 Billboard Hot 100 Festival and guess who joined her on stage? That’s right—Miller was called on stage to perform “The Way” with Grande! The fans loved every minute of Grande’s show and we can only imagine the chemistry Grande and Miller felt on stage, now that they they’re actually dating and not just pretending for a music video.

Saturday night’s Billboard Festival was a short-but-sweet set of Grande’s most iconic hits such as “Problem,” “Bang Bang,” and “Dangerous Woman.” Miller was also the same co-star who assisted in starting off Grande’s career three years ago! It only makes sense that these two found each other again and by the looks of things, Grande has one less problem!

For more information on Ariana Grande and Mac Miller, follow this link.