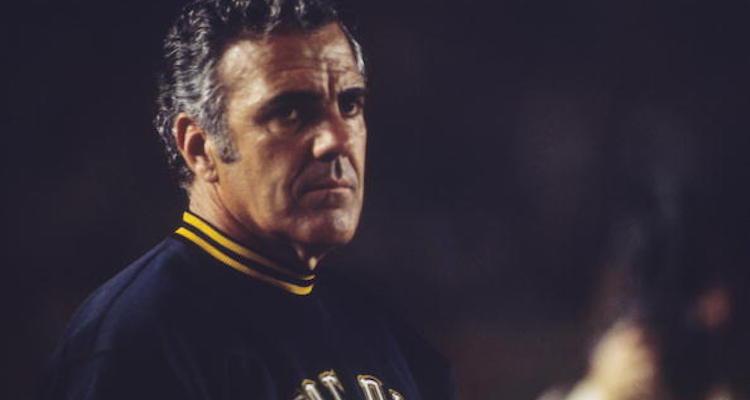 Ara Parseghian’s cause of death is on football fans’ minds, as the former Notre Dame coach has died at the age of 94. For more information on his life, career, and more, here’s our very own Ara Parseghian wiki.

Who was Ara Parseghian?

Ara Parseghian was born on May 21, 1923 in Akron, Ohio and was a member of the College Football Hall of Fame. His time at the University of Akron was cut short when he served in the U.S. Navy for two years during World War II. There, he met Paul Brown, who co-founded and coached the Cleveland Browns. Once he was discharged, he played baseball, football, and basketball at Miami University in Ohio. He played for the Cleveland Browns for two seasons, but his career was cut short after suffering a hip injury. He was hired by Woody Hayes in 1950, and that’s when his coaching career began. Despite his success as a coach and athlete, Ara Parseghian’s net worth is unknown.

Despite all of Ara’s success, he suffered due to family losses over the years. In 1994, he, his son Michael, and wife Cindy, co-founded the Ara Parseghian Medical Research Foundation in order to raise funds to find a cure for Niemann-Pick Type C disease, a rare genetic pediatric disorder that took the lives of three of his grandchildren. Although the family raised millions of dollars to fund research, Ara and Katie lost their daughter, Karan Burke, five years ago to multiple sclerosis. She was diagnosed more than 40 years ago and as a result, Ara had a seat on the board for the National Multiple Sclerosis Society.

Ara Paseghian’s Cause of Death

On Wednesday morning, Parseghian passed away after he was treated for an infection in his surgically fixed hip. He received routine care at his home in Granger, Indiana.

“Notre Dame mourns the loss of a legendary football coach, a beloved member of the Notre Dame family and good man – Ara Parseghian,” University President Father John Jenkins said in a statement. “Among his many accomplishments, we will remember him above all as a teacher, leader and mentor who brought out the very best in his players, on and off the field.

Father Jenkins added, “He continued to demonstrate that leadership by raising millions of research dollars seeking a cure for the terrible disease (Niemann-Pick Type C) that took the lives of three of his grandchildren. Whenever we asked for Ara’s help at Notre Dame, he was there.”

In the statement, Father Jenkins made sure to send his condolences to Ara Parseghian’s family, who are undoubtedly struggling through this tragic time. “My prayers are with Katie, his family and many friends as we mourn his passing and celebrate a life that was so well lived.”

Ara Parseghian will always be remembered by his family and friends for his leadership, skills, and philanthropy. The funeral arrangements are still pending at this time.