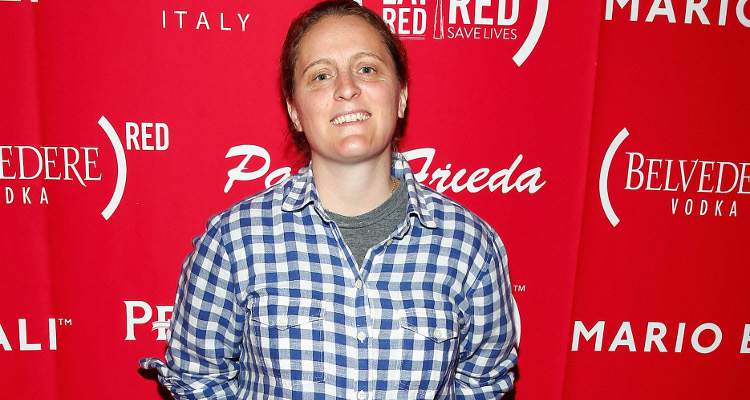 Restaurateur Ken Friedman was accused of sexually harassing his past and current female employees. A lot of women gathered the courage to allege that Friedman publicly groped them. If you want to know more about Friedman’s business partner, then take a look at our April Bloomfield wiki.

Born in 1974, in Birmingham, West Midlands, Englandt, hough her exact birth date is not known, April Bloomfield’s age is about 43. She was born into a working-class family, where her father worked as an engineer and her mother looked after the kids and worked from home for Halcyon Days Ltd. About her childhood, Bloomfield said, “I grew up with cheese sandwiches. And my mum’s steak, which she would fry without any salt; it always came out grey. My nan’s cooking was my favourite: loin of pork with crackling and stuffing. We would eat the leftovers, the pork cold, the stuffing hot. Even today, I love that contrast between hot and cold.”

Initially, Bloomfield wanted to become a police office, but changed her mind when she learned that she missed out on the cadet scheme. To pursue more, she decided to study at a catering college with her sister. While there, she decided to make catering her career. The first time she stepped into the college, Bloomfield described how she felt saying, “When I walked into college, and saw the kitchens and smelt the spices, I knew I would give it 110%. I was just blown away.”

After graduating, Bloomfield’s first job was at the Holiday Inn in Birmingham. She later moved to London to work at Kensington Place and then at Bibendum. She received the amazing opportunity to work in Northern Ireland, where she moved, but returned to London soon after. After working in several more restaurants, Bloomfield secured a position for herself at The River Café with the help of a friend.

Talking about her work experience there, she said, “They told me to come in, and I loved it from the moment I tasted the food. It was this pasta… I had to peel these walnuts. I’d never seen a wet walnut. My fingers were burning, but I was so happy. We made a sauce from the walnuts, some bread, the water I’d blanched them in, some pesto and some spicy oil. Tossed it into some tagliatelle. When I tasted it, my palate moved to a higher consciousness. I actually thought: what have I been doing for the last 10 years? I was so worried I wasn’t good enough to get a job there.”

Thanks to @Natgeochannel for the opportunity to create the Saints & Strangers Pub 1620 menu and all who came out to experience the meal! The event was inspired by the film Saints & Strangers which airs this Sunday at 9/8c. Want to help give back and have a chance to win a trip to NYC to experience my menu? Enter to win at SaintsGivetoStrangers.com – a meal will be donated to @FeedingAmerica for each entry!

According to Bloomfield, she learned a great deal about cooking while at The River Café working with Ruth Rogers and Rose Gray. Mario Batali did her interview for almost 10 hours and offered her the job. Throughout their interview, Batali and Bloomfield were spotted eating at several restaurants in New York.

To acquaint herself with American ingredients, Bloomfield spent her summer working at Chez Panisse. In 2003, she reportedly moved to New York and started the gastropub, The Spotted Pig with her business partner, Ken Friedman. About the food they served at their restaurant, Bloomfield said, “He wanted to do tofu hot dogs. I was very concerned. I sent him an email telling him what I was most passionate about, and I ended it by saying: look, I might not be the right chef for you.” Finally, they found common ground and started up the now-famous restaurant.

It's publication day today for #AGirlAndHerGreens !! .. Thank you to everyone that worked so hard on my book.I love it and I hope you guys will too !click the link above to grab a copy ! I'll soon be heading to Chicago , Boston , San Diego , LA, and San Francisco. For a cheeky little book tour. Hope to see you in one of these amazing city's xx

In 2005, their restaurant won a Michelin star, it was the first time a specific list was drafted for New York City. Following the success of her first restaurant, Bloomfield started a second restaurant, The Breslin, located in the Ace Hotel, New York. Her second restaurant also won a star! She later started an Oyster bar.

The duo then started Salvation Taco in the Pod 39 Hotel in New York City and reopened Tosca Cafe’ in San Francisco. In February 2016, Friedman and Bloomfield opened Salvation Burger, in the Pod 51 Hotel in Midtown East. As of 2012, Bloomfield is considered one of 10 female chefs to have a Michelin star in the United States.

She is also a Writer

It's not everyday you get invited to number 10 Dowing street for breakfast #flashbackfriday #no10 #fbf 2011 #momwasproud .