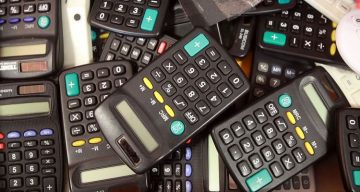 The school year is almost over and all anyone can think about is leaving their schedules behind and head to the beach for the summer. But there’s just one thing you have to do before you go: Pass AP Calculus! We’ve all been there (or know someone who has) and the horror stories are all the same. So, we decided to give you a few funny memes to get you through that cram session, and lighten the mood before the big exams! Take a break from the calc-cramming, because we’ve found the best AP Calc memes for 2017 that you need to see.

From derivatives to exponentials and non-existent limits, calculus (and any form of math for that matter) has been an enemy to many. Math may be the same in every language, but calculus is another language all on its own! So, why not kick back and laugh at the AP Calc memes that are based on what makes you cry? Who knows, after spending some time away with our AP memes, you might find the courage to take that exam!

When You’re at Your Limit with Limits

How many times have you wanted to flip a table after realizing that you came to the wrong answer? Sure, it’s nice when the answer is at the back of a text book, but that doesn’t help when you actually want to learn how to get the answer!

Exponentials may be the reason you have trouble sleeping and it’s safer to just avoid them at all costs.

Kermit the Frog is the meme that keeps on giving and we don’t know where we would be without him. If you don’t understand this meme, then chances are you’re failing AP Calculus.

There’s no shortage of memes in 2017 and believe it when we say there are more to come. Anyone want to go for a derive today?

“The Know It All”

FREE POINTS GONE! In the words of the wisest calc teacher: check yourself before you wr3ck yourself -C

There’s always that one person who gets the answer, but doesn’t really explain how they solved it. If you can’t think of that person in class, then you probably are that person!

What could be more terrifying than a wall full of equations just waiting to be solved? We bet you can name 100 people who would never take calculus again!

The Sound of Math

We'll all get to trig derivatives eventually, fun stuff -J

Had enough of derivatives? Well, you’re not alone and there’s a endless supply of hatred towards them. But once you get through them, you can have that summer you’ve been waiting for!