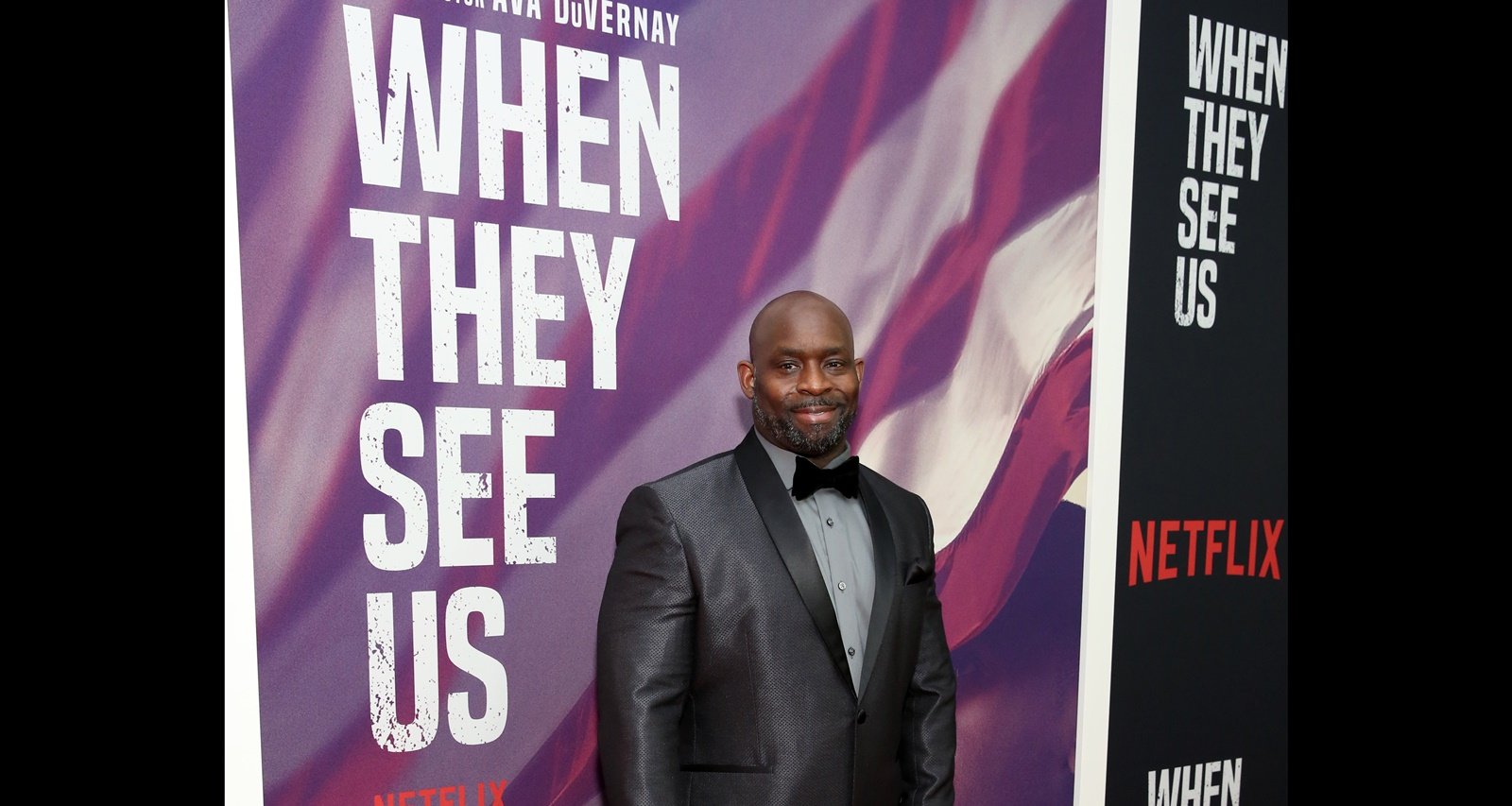 Antron McCray attends the World Premiere of Netflix's "When They See Us" at the Apollo Theater on May 20, 2019 in New York City. (Photo by Monica Schipper/Getty Images)

Ava DuVernay has revived interest in the Central Park Jogger case with Netflix’s newest critically acclaimed offering, When They See Us. The four-part series is bringing attention to the Central Park Five, including Antron McCray. Portrayed by Caleel Harris and Jovan Adepo, McCray’s story has everyone gripped over his relationship with his father. Everyone is curious to know if McCray’s father convinced him to betray the other Central Park Five members. Our Antron McCray wiki delves deeper into his story.

Antron McCray’s Father Urged Him to Admit to the Crime

New York native Antron McCray was born in 1974 to Linda and Bobby McCray. He was one of the five teens of color arrested in connection to the 1989 Central Park Jogger case. McCray was only 15 when he was arrested along with Korey Wise, Raymond Santana Jr., Kevin Richardson, and Yusef Salaam.

The five teens gave either verbal or videotaped confessions admitting to the crime after prolonged interrogations. The confessions were presented as evidence in the trial, though none of their accounts matched. The Central Park Five would recant their confessions in court, saying they were coerced out of them.

In the case of McCray, it was his own father who urged his son to lie and admit to the crime. Bobby McCray thought that if his son gave investigators what they wanted, Antron could come home.

“They told him to tell them what they wanted to know, to cooperate and maybe become a witness, then he could go home,” said Bobby during his 1990 testimony as the first defense witness in the trial. The distraught father had thought Antron would be offered a deal to stay out of jail if he confessed, but there was no record of such a deal being offered.

These 5 men was falsely accused of rape in 1989 as teenagers.. They were only 14,15, and 16…. No DNA, No Witnesses, No Evidence period!!… Their story is being told on Netflix… #TheCentralPark5 #WhenTheySeeUs #koreywise #raymondsantana #yusefsalaam #antronmccray #kevinrichardson #harlem

Linda McCray also testified, defending her husband’s actions and admitting to going along with the lie. She too hoped that the authorities would let Antron go if he confessed.

Then-ADA Elizabeth Lederer questioned Linda on whether she really believed he would be let go. “I know my child,” Linda replied on the stand. “I know he would never do anything like that. I didn’t know what was going on. I was screaming and crying all the time.”

After the release of When They See Us, Antron said in an interview he felt let down by his father.

“I just kept telling the truth at first. They asked to speak to my father. My father left the room with them. Came back in the room, he just changed,” he said. “Cursing, yelling at me. And he said, ‘Tell these people what they wanna hear so you go home.’ I’m like, ‘Dad, but I didn’t do anything.’ The police is yelling at me. My father yelling at me.  And I just like, ‘All right. I did it.’  And I looked up to my father. He is my hero. But he gave up on me. You know, I was telling the truth and he just told me to lie.”

During the testimony, Bobby McCray said that Antron had repeatedly claimed his innocence but the interrogators had called him a liar. He first told detectives that Antron was telling them all he knew, but as the interrogation progressed, Bobby was afraid his son would be thrown in jail.

He then told his son to give them a confession, though he firmly believed Antron was innocent. He also said that he had been furious at himself for making his son do that.

Despite his testimony, Bobby McCray couldn’t prevent his son from going to jail. Antron was tried as a juvenile (though prejudiced public sentiment called for the teens to be tried as adults), and sentenced to five to 10 years for rape and assault.

Eventually, evidence proved that convicted serial rapist Matias Reyes had assaulted and raped jogger Trisha Meili. McCray and the others were exonerated in 2002. They later won a civil settlement of $41.0 million from the city of New York in 2014.

McCray spent the first five years of his prison sentence at Brookwood Secure Center, a juvenile detention facility in New York. He was transferred to a maximum security adult prison for the remainder of his sentence.

Antron was free, but his relationship with his father, fractured. The now-exonerated man says he never made peace with his father. “No. Didn’t want to. My life was ruined. Why should I? He’s a coward,” Antron declared.

When Antron saw the scene in When They See Us with Caleel Harris as himself and Michael K. Williams as Bobby, he couldn’t help his emotions. Praising Harris for his performance, McCray said, “It took me right back, because my father was my best friend, my hero at the time. And it was real painful. I cried on my wife’s shoulders. I don’t know when was the last time I cried.”

After his exoneration, McCray initially moved from New York to Maryland where he worked as a forklift operator at a warehouse.

Wow. The New York Times. Honored to be able to share these men’s life stories with them. #WhenTheySeeUs OUT TOMORROW‼️

Adjusting to civilian life hasn’t been easy for any of the Central Park Five—and especially for McCray, who calls himself “damaged.”

“It eats me up every day. Eats me alive,” McCray confessed, adding that his wife has tried to get him professional help but he has refused.

These days, McCray and the other Central Park Five advocate for criminal justice reform as activists with the Innocence Project.

McCray Completed His Education in Prison

In prison, McCray earned his GED and was working towards an associate degree. But his education was cut short when then-New York Governor George Pataki ended higher education programs in state prisons.

The Central Park Five received honorary diplomas from the Bronx Preparatory High School in 2017. While McCray and Wise didn’t attend the ceremony with Santana, Richardson, and Salaam, they did receive their diplomas by mail.

Also Read: Asante Blackk Wiki, Actor Who Plays Teen Kevin Richardson in “When They See Us”