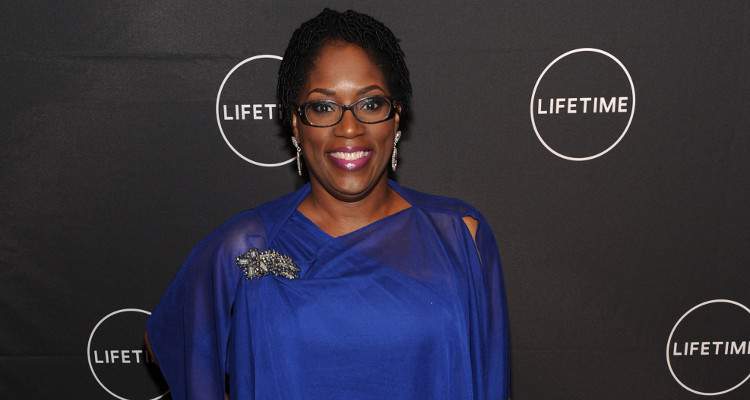 Antoinette Tuff’s story is the subject of Lifetime’s latest inspiring movie, Faith Under Fire. In 2013, Tuff became a hero after she prevented a mass shooting. But where is Antoinette Tuff now? Here’s what you need to know about her.

In August 2013, Michael Hill walked into a Georgia elementary school with a rifle ready to kill. The school bookkeeper, Antoinette Tuff talked the gunman into surrendering. Later, she was lauded as a hero in the media and was honored by President Obama. Now, she’s being portrayed in the latest Lifetime movie, Faith Under Fire. Who is this inspiring woman? Learn all about her, right here in our Antoinette Tuff wiki.

On August 20, 2013, around 1:00 p.m., Michael Brandon Hill walked into Ronald E. McNair Discover Learning Academy. He was armed with an AK-47 assault rifle and about 500 rounds of ammunition.

The 20-year-old had a history of mental illness and all the means to cause a massacre, but it never happened. Hill entered the school office and exchanged fire with police.

Antoinette Tuff worked in the front office where Hill entered. While he waited for the cops to come and get him, Tuff was on the phone with a 911 dispatcher communicating with the police. The 911 call records revealed the conversation Tuff had with Hill.

She talked to him about her struggles —from her divorce, to raising her son who suffered from multiple disabilities. “It’s going to be all right, sweetie,” Tuff is heard speaking to Hill on the 911 recording, adding, “I just want you to know I love you, though, OK? And I’m proud of you. That’s a good thing that you’re just giving up and don’t worry about it. We all go through something in life.”

She talked him out of a shooting spree and even offered to walk him out so he could surrender to the police. The stand-off ended with no one hurt.

She Divulged Personal Details to Hill

Then 46-year-old Tuff went through a tough divorce in 2012 when her husband of 33 years left her. She told Hill that she contemplated suicide then. “But look at me now. I’m still working and everything is okay,” she said.

Tuff’s son, Derrick was born premature. He suffered from Charcot-Marie-Tooth disease, which affected the hands, arms, feet, and legs and retinopathy of prematurity. By age 15, he needed a wheelchair to get around and could barely see or hear.

She was employed in the Dekalb County school system for eight years. Along with her colleagues, she trained for dangerous situations. While she spoke to Hill, her colleagues triggered a phone tree. The teachers got the message, locked the doors and kept the children safe.

Tuff was hailed as a hero throughout the media and went on to do interviews. During one on CNN, she even met the 911 dispatcher she spoke to during the ordeal.

People wanted then-President Barack Obama to award her the Medal of Freedom. While that didn’t happen, Obama personally called her to thank her. Both went on to talk about that call on TV.

Where Is Antoinette Tuff Now?

Since becoming an accidental hostage negotiator, Tuff’s life has completely transformed. She now travels as a motivational speaker and imparts “Tuff Tactics,” a crisis management guide to apply to everyday situations.

She also became an author and released her memoir, Prepared for a Purpose in 2014. The book however, didn’t sit well with Tuff’s son, Derrick. He argued that it portrayed him as incapable of taking care of himself when she herself taught him to live life to the fullest.

While she continues as a motivational speaker, she made time to attend the red carpet premiere of Faith Under Fire. Grammy-winning artist, Toni Braxton portrays Tuff in the Lifetime movie.

Faith under Fire premiered on Lifetime on January 27, 2018.

Special thanks to cast, crew, director & executive producers who made #FaithUnderFire & my biography possible. I'm humbled on how well you told my story.Thank you staff & volunteers @kotmfs Kids on the Move for Success https://t.co/3UuO2zO70X. @[email protected] #scholarship pic.twitter.com/ws5N3Z5jMp