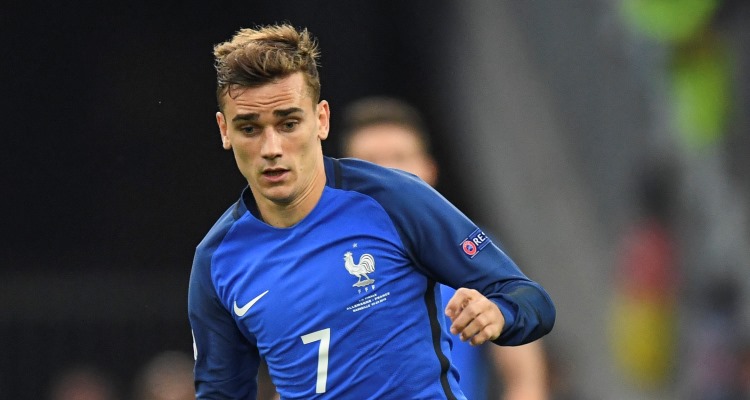 Antoine Griezmann’s sister is Maude Griezmann, was a survivor of the Bataclan theatre siege in the November 2015 Paris attacks. She spoke up about her experience during that traumatic event recently in the news. Antoine was playing against Germany at the Stade de France at the time of the attack. Now, Maude is studying to be Antoine’s image rights manager.

Many may not know but Antoine Griezmann’s wife doesn’t exist. He does, however, have a long-time girlfriend, Erika Choperena, and they have a daughter together who was born this past April.

The French soccer star has definitely toned down the party lifestyle after an incident in October 2012, after leaving a hotel to go to a nightclub. The club was in Paris and after it was discovered that he and the other players broke curfew, Antoine and his teammates were banned for 14 months by the French Football Confederation.

In an online picture, Antoine was seen holding an Xbox One device in a very special travelling case. Sounds like someone cares about the condition of his consoles—any guesses about what his favorite game is?

Antoine moved to Spain when he was 14 years old, even though his parents didn’t want him to leave France. The reason he moved was because the French football clubs didn’t want him due to his height (5’9) which was considered too small for them. It’s their loss, because now Antoine’s on his way to being one of the greatest players out there. He’s a sure winner for the Golden Boot now, having scored six goals in total, while the other nominees have only scored three. They would need to score a record-breaking hat-trick in order to catch up to him.

During a match in his Real Sociedad days, Antoine was caught wearing Spongebob Squarepants underwear after falling on the field. Maybe we should call him “Spongebob Underpants?”