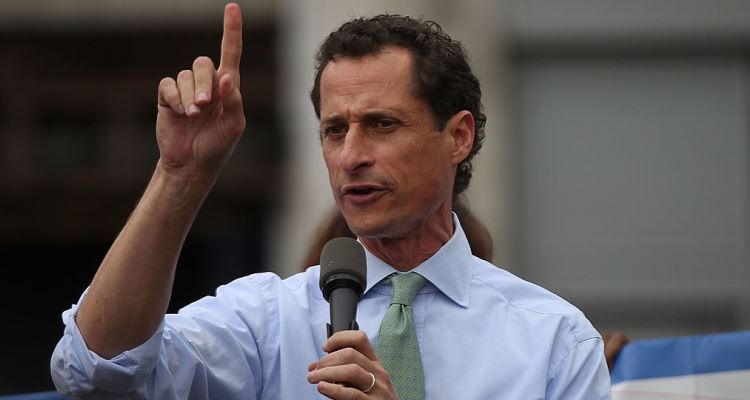 If you’re looking for something to talk about on your Friday morning, then we have just what you need! In the latest Anthony Weiner news, the disgraced congressman who sent racy texts to a minor is set to enter a guilty plea today! Some may be asking, “Who is Anthony Weiner?” Don’t worry, we’ve got all you need to know right here in our Anthony Weiner wiki.

Politics has been full of scandals since last year and now everyone gets to see Weiner’s story unfold. From the initial crime to the state of his marriage, everyone wants to know what will happen to the former congressman. Keep reading to get the full story!

Cell phones can do almost anything today, including ruin a man’s career. For those who haven’t seen the Anthony Weiner pictures, they’re still on internet and the scandal is still all people think about when they hear his name. For those who don’t remember, Weiner was a Democratic congressman whose sexting scandal with a minor ended his political career. There was also an FBI investigation involving Hillary Clinton, before the election of 2016. Weiner, who was 51 at the time of the scandal, exchanged texts of a sexual nature with a 15-year-old girl, who lived in North Carolina. He was also investigated by the Child Welfare Agency, since one of the obscene texts pictured his then-four-year-old son in them, while he was texting said minor. He remained silent, despite being known for having something to say.

With all the negative media attention surrounding Weiner and his family, it naturally put a strain on Anthony Weiner’s wife, Huma Abedin, 40. His wife was considered Hillary Clinton’s right hand adviser and was even regarded as her secret weapon during the election. Now, Abedin is estranged from her husband but is still legally married to him, though their lives remain separate since the scandal. According to The Hollywood Reporter, Abedin is set to write and release a tell-all memoir for a cool $2.0 million! The memoir would tell her side of the sexting scandal and her role in Clinton’s run. The appeal to the book is that no one has heard from Weiner’s wife, and that mystery makes people wonder what her reaction was to his many lies. To sell the book, she will need to be more public and release the skeletons in her closet, and now is the best time to do it. Are Democrats ready for the gruesome details?

In 2016, a documentary titled Weiner was released, which showed Weiner going about his days during the election, up until his sexting scandal. Abedin made an appearance but never commented publicly on the state of her marriage or the scandal itself.

Disgraced U.S Congressman #AnthonyWeiner to plead guilty on charges of transferring obscene material to a minor. ????????

Reports say that Weiner will plead guilty on Friday in a Manhattan courtroom on a single charge of “transferring obscene material to a minor.” According to The New York Times, a consequence of the plea is that Weiner will be officially labeled as a registered sex offender, although a final decision hasn’t been made. The charge also holds a potential to serve up to 10 years in prison, but the choice is ultimately left to a judge.