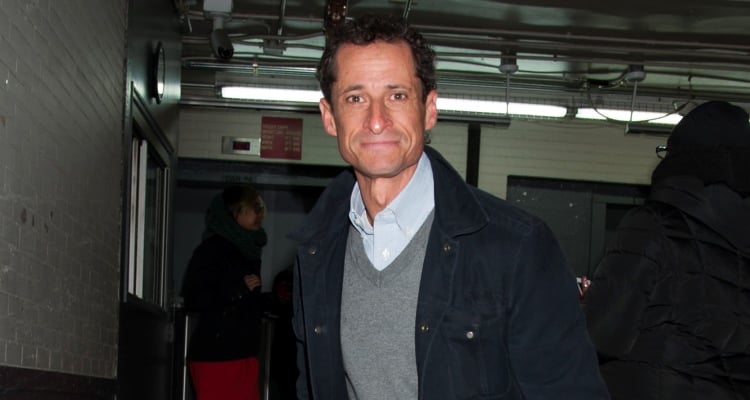 Known for his history of sexual sandals, Anthony Weiner is a former member of the United States House of Representatives in New York City. The scandals involve him sending sexual text messages, or “sexts” with explicit images through text messaging and private social media outlets. In 2011, he resigned from his role as a congressman when he was busted for using Twitter to send a link to a sexually suggestive photo of himself to a 21-year-old. He originally denied the accusation, but later admitted he sent the photos and messages to multiple women, before and during his marriage.

The second incident occurred two years later during his effort to return to politics as a mayoral candidate for New York City. This scandal involved at least three women he admitted having sent sexts to. Explicit pictures involved in this case were published July 2013.

It seems Anthony Weiner did not learn his lesson, despite the previous two cases and alleged treatment from a therapist. In the current scandal, Weiner was caught sexting another woman while his wife, Huma Abedin, was off campaigning for Hillary Clinton. The New York Post published the photos, which reveal Weiner in white boxer briefs, clearly aroused by the conversation he was having with the middle-aged divorcee. To make matters more awkward, Weiner was not alone in his photo – beside him lay his toddler son, sleeping.

If that’s not enough to make one cringe, their texting conversation went as follows:

Weiner: “Someone just climbed into my bed.”
Woman: “Really?”
Weiner: *Sent the image*
Woman: You do realize you can see you[r] Weiner in that pic??”
Weiner: “Ooooooh .. . I was scared. For half a second I thought I posted something. Stop looking at my crotch”
Woman: “Whatever. You did it on purpose. O I see you thought you posted your TL [public timeline] not DM [direct message]. S—t happens be careful.”

The woman, a supporter of Donald Trump and the National Rifle Association, also sent photos of herself. Evidence shows their conversations began late January 2015 and continued through, until earlier this month. The two never met, despite Weiner’s repeated invites for her to visit him in New York City.