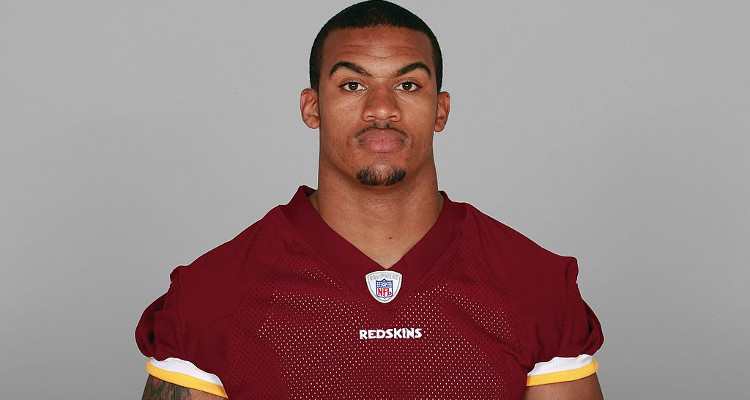 Former NFL player, Antony Trucks is not only physically strong but is tough-minded, as well. After living in deplorable conditions for the first 20 years of his life, Trucks decided to turn things around for himself. He went to college and started playing football. He had a brief NFL career and retired at 24 with a shoulder injury. Anthony Trucks, 33, is now a motivational speaker ,who encourages people to hustle and reach their full potential. To know more about this real-life fighter, here’s our Anthony Trucks wiki for an up-close and personal look at the former football player’s life.

Former NFL player, Anthony Trucks was born on December 1, 1983 in Martinez, California. He played as a linebacker for the Pittsburgh Steelers before retiring at the age of 24, due to a career damaging injury. While in college, he played for the University of Oregon.

After bidding adieu to his NFL career, the 33-year-old became a motivational speaker, entrepreneur, business coach, and a six-figure consultant, who ran a gym as well.

Though the transition from football to motivational speaking may seem like a stretch to some, it was natural for Trucks. For him, his journey to discovering himself started when he was just a child.

He was put into the foster system when he was just three years old. So, with his three siblings, the toddler had to learn just how difficult and unfair life could be. Truck says that felt “alone, unprepared for the future, unwanted, scared, unsure and essentially on an island.” Before his sixth birthday, Trucks was physically and mentally abused, tortured, starved, and treated like he was “less than human.”

Road to Self Worth

After being in the system for 11 years, Trucks was adopted into a low-income white family. Before he was lucky enough to find a stable home, he had lived in a foster home with terrible conditions. Trucks was not allowed to play football, a sport in which he eventually played professionally, and was denied basic hygiene. His foster father was abusive to both Trucks and his foster mother. Eventually, at the age of 14, Anthony Trucks turned things around. He was not only adopted by a family who loved and encouraged him, but also worked to better his grades and help him excel in football. According to the retired NFL player, the sport helped him discover his purpose and self-worth.

However, he found himself at a low point when he was arrested at gunpoint for breaking into cars. Trucks was just 17 years old at the the time. But he redeemed himself and continued to work hard in order to change his life around. While high school, Trucks met his future wife, whom he got engaged to at 19. The couple had their first child when Trucks was 20 years old. They went through a troubling time after nearly losing their twins before birth. After high school, he went to attend college in Oregon and played for Oregon University.

His unwavering dedication and admirable talent made him eligible for the NFL, and it was only a matter of time before he was drafted by the Tampa Bay Buccaneers.

Anthony Trucks later played for the Washington Redskins and the Pittsburgh Steelers. When he was at the peak of his game, Trucks suffered an injury that tore his shoulder, and ended his NFL career.

Trucks had many hardships to overcome in his life. When he was 19, he met his biological father —a man who lied about not knowing of his son’s existence beforehand. One of his grandparents had committed suicide, his foster mother was diagnosed with multiple sclerosis, and he found out that his wife cheated on him after the birth of their three children.

Though battling with depression and nearly taking his own life, Trucks decided to take a different approach to life. He became an entrepreneur and opened a successful gym in the San Francisco Bay area, which he ran for six years before closing it down. Trucks then went on to pursue what he wanted to do: Inspire and motivate people.

From his rough beginnings, Anthony Trucks travels around the world to give speeches, is an author, and a corporate consultant. He now has more than 30,000 followers on Facebook, and founded Trust Your Hustle, a three-step process for trainers to build a successful business.