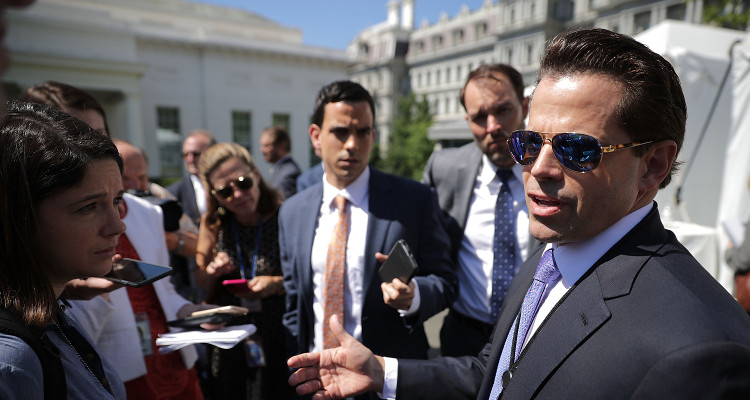 Anthony Scaramucci is the new communications director at the White House, and his wife, Deidre Scaramucci, couldn’t have asked for more. It’s not clear if she will also enter the world of politics, but she will definitely be pretty close to the fire. If you are wondering who Anthony Scaramucci’s wife is, then you came to the right place! Read on to know all about Deirdre Scaramucci right here.

Hey Tony, having a great time tonight with Deidre. Thanks. pic.twitter.com/1Gcbvxd5hX

Deidre Scaramucci has a pretty impressive resumé of her own. As far as her professional experience goes, Scaramucci has been the vice president of investor relations at SkyBridge Capital, which her husband founded, since 2007. She graduated from the University of Buffalo, and currently lives in New York with her husband and son.

She Had a Small Hiccup

Deidre donated to Kathleen Rice’s campaign back in 2015. Earlier this year, Rice tweeted that Donald Trump “is a straight up liar” and it is definitely not looking good for the Scaramuccis right now, especially since Anthony Scaramucci has recently been appointment to as White House communications director.

Deidre Scaramucci seems to be rattled by all the social media attention she is receiving. After her husband’s new position in the White House, her Twitter account was deleted, seemingly because of the anti-Trump comments being directed towards her online.

Anthony and Deidre Scaramucci have a son named Anthony Scaramucci Jr. He attended Manhasset High School, where he was a star on their lacrosse team. He is enrolled at Sacred Heart University, where he will continue to play lacrosse as his father takes on his new role at the White House.

@chargers did we do this right?

Some anti-Trump activists are using Deidre’s religion as an a way to get support. It was reported that white supremacist groups are using her Jewish faith as a reason to not support Trump.

“America was not built on fear. America was built on courage, on imagination and an unbeatable determination to do the job at hand.” -Truman pic.twitter.com/j5mNok06ZV