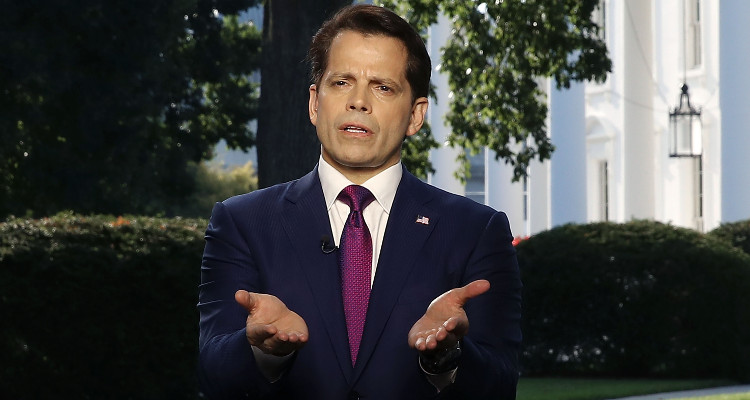 President Donald Trump has a new Communications Director. Anthony Scaramucci was appointed only last week and he’s already making headlines. Coming from the finance world, Anthony Scaramucci has a net worth between $44.0 to $64.0 million. We’ve got all the details you need on the wealthy new appointee.

Anthony ‘The Mooch’ Scaramucci is not the type to waste the first week on the job. The new White House Communications Director is in the process of firing several officials he believes are responsible for ‘leaks’ within the White House. At least that’s what he told one reporter in an angry tirade against White House Chief of Staff, Reince Priebus. Note that Priebus was among the few officials opposed to Scaramucci’s appointment. But we don’t think The Mooch is affected by political bigwigs. Scaramucci and Donald Trump are cut from the same New York financier cloth. In fact, his net worth is said to be between $44.0 to $64.0 million! Here’s a breakdown of Anthony Scaramucci’s net worth so you can see where his wealth has come from.

How Rich is Anthony Scaramucci?

There is some debate about Scaramucci’s true net worth. While some sources estimate it at more than $1.0 billion, others argue that it can’t be more than his assets. Fortune magazine gives a rough estimate between $44.8 million and $64.3 million.

The son of a construction worker, Scaramucci rose to the top after graduating from Tufts University and Harvard Law School. He started his professional career at Goldman Sachs working in Investment Banking, Equities, and Private Wealth Management. He had a pretty off-and-on relationship with Goldman Sachs. After being hired, fired, and rehired, he left the firm in 1996.

He launched Oscar Capital Management, which was later sold to Neuberger Berman. When the Lehman Brothers took over Neuberger, he was managing director in the Investment Management division.

In 2005, the Italian-American founded the global alternative investment firm, SkyBridge Capital. He has been attempting to sell SkyBridge to Chinese conglomerate, HNA. However, the deal is not without its obstacles. He stepped down from management, but he still owns 44% of the stakes. Which means, that even as he had a temporary job at the Export-Import Bank, he stands to earn from SkyBridge.

The disclosure form of Scaramucci’s assets were revealed when he was appointed as Communications Director. Scaramucci previously tweeted his displeasure at his assets being leaked. However, his financial disclosure is public information available upon request.

The following is a breakdown of his income sources and assets.

According to Politico (who first disclosed his assets), Scaramucci’s net worth is impacted by liabilities such as mortgages on his real estate holdings and personal loans to the tune of $2.5 million to $7.0 million. He has several real estate investments, particularly in Long Island. He has invested in the Juice Press snack chain and his stakes in the Mets earned him $53,000 in the past year. He’s also sitting in the producer’s chair with the teen musical movie, Crazy for the Boys. The movie is set to release in 2018, which will yield additional income for The Mooch.

The Skybridge sale is valued beyond $200.0 million and with him still having a majority stake in the firm, he could earn a sizable cut from it. That is, if he wants to demand his cut.

He’s technically working for the government now, which led to roadblocks in the SkyBridge deal. His official appointment to the White House was delayed, during which time he joined Ex-Im Bank as chief strategy officer. It was meant to be a temporary move until he got a position in the Trump Administration. Since his appointment as Communications Director, he has been on unpaid leave from Ex-Im and forewent his salary of more than $170,000.

The 53-year-old’s financial background poses an obstacle in his political career, considering he’s neither experienced in politics or political communication. He’s steadily extracting from his investments, but continues to own partial stakes in them.

Now that he’s Communications Director, Scaramucci stands to make more than $179,000 a year. That is presuming he takes a salary unlike President Trump, who is also a wealthy New Yorker. It is unclear if his wife (Deidre) and son (Anthony Scaramucci Jr.) will move to D.C. with him. His wife and son live in the affluent Long Island neighborhood of Manhasset. Wanting to stay close to his roots, his home is close to the house at Port Washington where he grew up in.

He and his wife were initially supporters of Democrats. Deidre, who is listed under SkyBridge working in investor relations, once donated to a vehement Anti-Trump Congresswoman, Kathleen Rice’s campaign. The couple has donated a few times to Democrat campaigns and once to Jeb Bush’s campaign, as well. He supported and donated to Obama’s first campaign. But during his second term, he grew critical of Obama’s Wall Street policies.

In fact, Scaramucci didn’t turn into a Trump supporter until much later. He once criticized the POTUS during the presidential race. He has since apologized for his remarks and even said that President Trump still digs up old graves.

Since Scaramucci joined the Trump Administration, Deidre has deleted her Twitter account and gone off social media. She was previously harassed by anti-Trump trolls, which may have prompted the social media detox.

Besides some savvy money-making deals, The Mooch also invests in memorabilia. Together, with two other business partners, he spent $365,000 on a Mets jersey! And not just any jersey. It was the one Mike Piazza wore on September 21, 2001, the first Mets game after the 9/11 attack. The investment is the most ever paid for a modern baseball jersey. Scaramucci has arranged for the jersey to be displayed at the National Baseball Hall of Fame, the Mets and the 9/11 Memorial Museum on a rotating basis.