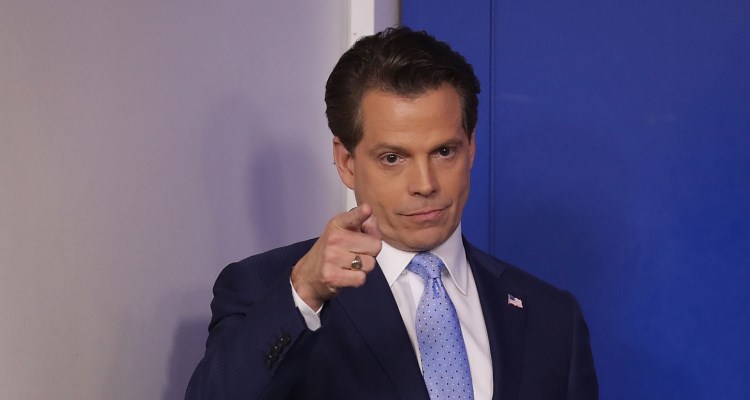 For those who don’t know the reason behind these recent Anthony Scaramucci memes, don’t worry, we will fill you in. The president’s most recent hire, the newly appointed communication director (also known as “Mooch” by his financial friends) had a few choice words that would normally be bleeped out on an episode of The Goldbergs! Some of the best Anthony Scaramucci memes were inspired by the New York native’s foul mouth in a phone interview with New Yorker reporter, Ryan Lizza. Scaramucci accused the White House chief of staff, Reince Priebus, of being responsible for leaking damaging information, but Lizza wouldn’t reveal his source.

“I’ve asked people not to leak things for a period of time and give me a honeymoon period,” Scaramucci said to Lizza on the phone. “They won’t do it.”

Scaramucci believed it to be someone on the lower end of the staff and threatened to fire all of them if Lizza didn’t tell him his source. Naturally, that didn’t work.

“They’ll all be fired by me,” he said. “I fired one guy the other day. I have three to four people I’ll fire tomorrow. I’ll get to the person who leaked that to you. “Reince is a fucking paranoid schizophrenic, a paranoiac,” Scaramucci said.

He added, while impersonating Priebus: “‘Oh, Bill Shine is coming in. Let me leak the fucking thing and see if I can c–k-block these people the way I c–k-blocked Scaramucci for six months.’ ”

But that’s not all. The best Anthony Scaramucci memes were created when Scaramucci had a few choice words about Steve Bannon, the chief White House strategist.

And since Bannon (like Priebus) declined to comment, meme creators everywhere have been having the time of their lives at the idea that Bannon didn’t want to confirm whether or not he “serves himself.” Kids, social media is a dirty place!

In most work spaces, that kind of language isn’t encouraged, but the trump administration has proven that they’re not like any other presidency. Now that the hilarious Anthony Scaramucci memes are all over the Internet, we thought we would share a few in the same place.

Am I Seeing Double?

Priebus vs. the Mooch