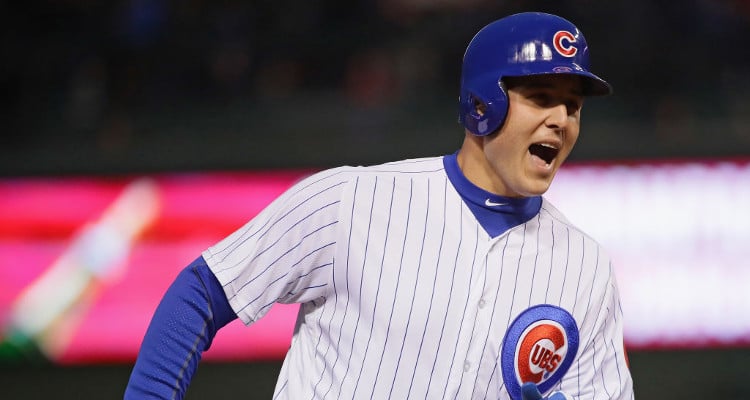 Emily Vakos made Anthony Rizzo the happiest person in the world, when she said yes to his recent marriage proposal. Vakos is a nutritionist and private person, who tries to keep away from the media. However, being the baseball pro’s girlfriend, it’s no surprise that the picture of his proposal on his Instagram would create a buzz around her! Now that she’s Rizzo’s fiancée, people want to know all there is to know about her, so we’re bringing you all the facts with our Emily Vakos wiki.

Anthony Rizzo cannot stop gushing about his new fiancée! The Chicago Cubs first baseman and three-time All-Star announced his engagement on Thursday (June 1) with a photo of himself and his new fiancée on Twitter. Anthony Rizzo’s girlfriend —now fiancée— is Emily Vakos. People are dying to know more about her, so we’re bringing you all we know about the girl who caught the first-baseman’s heart.

Born on January 9, 1994 in Dallas, Texas to Stephanie Sudwischer and Mark Vakos, Emily Vakos’ age is 23. Now known as Anthony Rizzo’s fiancée, she studied nutrition and food management, as well as natural sciences at Arizona State University. Vakos is a nutritional intern for the Chicago Cubs. Before this, she was an intern for the Scottsdale United School District. She also worked as a sales associate at Mal Malouf Boutique. Vakos and Rizzo started dating in 2016, and are now happily engaged.

In early April, Rizzo posted a picture on Instagram celebrating their anniversary saying, “One and counting…I love you.” On June 1, he posted photos of himself and Vakos on Twitter and Instagram with the caption, “Luckiest guy in the world! She said YES. Future Mr. And Mrs. Rizzo.”

One and counting.. I love you

For Anthony Rizzo, his engagement is just the icing on the cake. Last year, the Chicago Cubs won the World Series for the first time since 1908! He contributed immensely towards this unbelievable win and won the Best Social Media Personality and Best Play: Defense awards. Emily Vakos was by his side even before his World Series win. The couple went on vacation to Thailand last year after the season ended, and were also seen at the Grammys in February.

Also Read: Kayla Varner: Everything You Need to Know about Bryce Harper’s Wife

The 59th Grammy Awards with my hot date!

Emily Vakos’ Instagram account is currently private and cannot be accessed. However, she can be seen in pics posted by Anthony Rizzo on his Instagram. They have a lot to do with a wedding to plan, and a future to build. Congratulations to the happy couple!