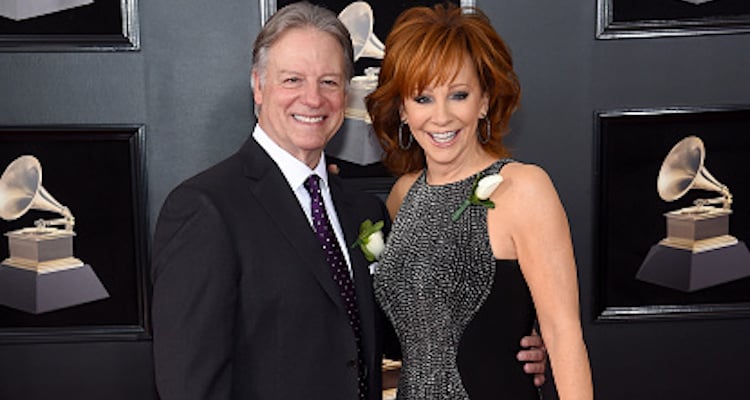 Country icon, Reba McEntire walked away with a Grammy over the weekend, but all anyone can talk about is Reba McEntire’s boyfriend! Who is Anthony Lasuzzo? What does he do? Find out more on the country star’s mystery man with our Anthony Lasuzzo wiki.

Who is Reba McEntire Dating?

Anthony “Skeeter” Lasuzzo’a age is 67 and he is the chief operating officer (COO) and senior vice president of Chesapeake KNAN Acquisition, LLC. He received both his Bachelors and Masters degrees from the University of Louisiana at Monroe in 1972 and 1974, respectively.

According to his Bloomberg profile, Lasuzzo “served as a consultant to Indian Oil Company from April 1, 1999 to October 2000. He previously served as a Director and Executive Vice President of Indian from March 1997 to April 1, 1999. Mr. Lasuzzo has been in the oil and gas business since 1974. He graduated with Bachelor of Science and Master of Science degrees in Geology from Northeast Louisiana University in 1972 and 1974, respectively. Mr. Lasuzzo was employed by several major and independent oil and gas companies and was an independent geologist prior to joining Indian in March 1997. Mr. Lasuzzo became Chief Operating Officer of Canaan Energy Corporation in November 2000 following the completion of the Combination Transactions.”

When walking the red carpet at the 60th Grammy Awards, Entertainment Tonight couldn’t help but ask who McEntire’s arm candy was for music’s big night.

“We’ve been having fun!” the 62-year-old said of his Instagram appearances on her account. “We’ve been to three plays here in New York, just enjoying it tremendously.”

She added, “We like to have fun whether it’s the mountains or New York City.”

“I’m doing great!” Lasuzzo said. “I’m just following her and enjoying the night with her,” he added when asked how he was handling the red carpet on Sunday.

If you’ve been following the “Sing It Now” singer’s Instagram, then you probably noticed her COO boyfriend lately and she’s not shy about revealing his name, either.

Skeeter took Marti and me hiking 24 miles in 4 days!! Loved it!!! #skeeterlasuzzo #lovejackson

In a 2017 interview with Entertainment Tonight, McEntire revealed that she hadn’t been on a date since her 2015 divorce from now ex-husband of 16 years, Narvel Blackstock.

“I haven’t had a date yet,” the singer said, noting that it’s been “a year and three months.”

As for age limits on dating, McEntire joked that her adult son had an idea of how low his mom could go.

(Good thing Skeeter passed the age test! No son wants their mother dating someone they went to school with, anyway!)

We’re not sure if Skeeter has stage fright during meetings in the boardroom, but his iconic girlfriend gets her fair share on share, despite being one of the best in the business for 40 years.

“I still get nervous when I go on stage, especially if I’ve got a new outfit on [or] if it’s a new song and I’m worried about remembering the words,” the “Fancy” singer said in a clip from MasterClass. “But it’s the adrenaline that I get that I really like. Not only are you nervous, but you’re excited to go back out there and see, ‘Are they gonna like this new outfit? How about this new song?'”

Well, she certainly killed it on Sunday at the awards, and with another Grammy under her belt, she’s clearly still doing something right!

Thanks to everyone for all the love and support of #SingItNow! #Grammys #BestRootsGospelAlbum