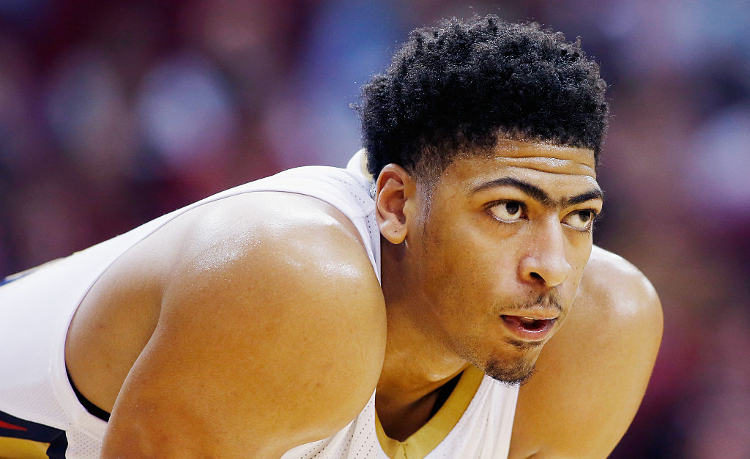 The 2017 NBA All-Star game was last night and the Western Conference faced off against the Eastern Conference. As the players hit the court at New Orleans’ Smoothie King Center, Anthony Davis ran the show on the game’s opening possession. In a short career, Davis has been named All-Star four times and is the youngest player to score more than 59 points in an NBA game. He’s certainly a player to look out for, so we compiled some must-know facts about him including about his family, girlfriend, and net worth. We have all the details in Anthony Davis’ wiki.

After playing for the University of Kentucky for one season, Anthony Davis was drafted by the NBA in 2012. He made his professional debut for the New Orleans Hornets (now Pelicans) in 2012 after signing a four-year $23.0 million contract.

The NBA player also signed endorsement deals with the financial firm H&R Block. He signed a lucrative multi-year contract with Nike. Ahead of the All-Star Weekend, Nike released an ad featuring Davis in New Orleans. A giant poster on a building in New Orleans reads “Equality” as both Davis and Nike stand for equality “On and off the floor.”

Basketball and Height Run in His Family

Davis was born in the South Side of Chicago where he played high school basketball. During his youth, he trained with his father, Anthony Davis Sr., and cousins. Davis Sr. is 6’3″ and his wife, Erainer Davis, is 6’1″. Davis Sr. was in hot water when it was reported that he asked the University of Kentucky for $200,000 to get his son’s commitment. The University and Davis Sr. refuted the claims and the issue was put to rest.

During his sophomore year in high school, Davis had a rapid growth spurt and says that he’s fortunate to not have experienced any knee pains as he grew. Now, at 6’11” —only an inch shy of 7ft. —it looks like his height has been an asset for him. Anthony Davis has a twin sister, Antoinette, and an older sister, Lesha, who plays basketball at Daley College. Ahead of his All-Star game, Davis’ college coach, John Calipari visited the family and tweeted a picture with them.

With @AntDavis23‘s family. AD is off to a great start. pic.twitter.com/NtvZPLPeGb

The four-time NBA All-Star is not the only basketball player in his family. His cousin Keith Chamberlain played professional basketball in Germany and Latvia. Chamberlain’s father was Davis’ athletic director in elementary school.

Davis isn’t married yet, but has dated a couple of WNBA players. His most recent relationship was with Brittney Griner, three-time WNBA All-Star. Griner came out as a lesbian in 2013 and was married to fellow WNBA player, Glory Johnson. The couple had a tumultuous relationship marred with a domestic violence charge. After less than a month of marriage and one day after announcing that Johnson was pregnant with twins through IVF treatment, Griner filed for an annulment.

After her divorce, Brittney Griner returned to the dating pool, but no longer wanted to date women. Rumors circulated that there was a budding romance between Griner and Davis, which was later confirmed in 2015 by Davis who stated that they met at a charity event. There haven’t been any recent updates on the couple, but the two are reportedly still going strong.

Davis also dated Dylan Gonzalez who plays for the University of Kansas’ Lady Rebels. She has a twin sister, Dakota, who also plays basketball. Anthony Davis’ ex-girlfriend is quite the Instagram star with over 955,000 followers.

Besides shooting hoops, Anthony Davis is most famous for his unibrow. Since his teens, he rocked his unibrow, proud of the fact that it makes him different. He frequently says that he’ll never pluck or shave his unibrow at any cost. His barber once stated, “If he cuts it off, he’ll get weak. That’s his signature. That’s his strength; his strength is in the brow.”

Davis loves his brow so much he trademarked the phrases “Fear the Brow” and “Raise the Brow.” When asked about doing a shaving commercial for a hefty sum, he said: “I might have a commercial where I’m acting like I’m shaving it and then I’ll throw the razor down.”