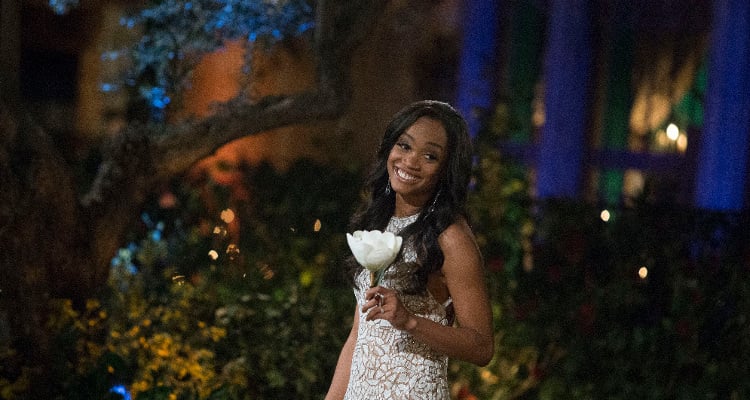 Of the 25 men this season, Anthony Battle was the lucky one chosen for the second one-on-one date by Rachel Lindsay, so it’s obvious she already sees something in this strapping gentleman! Battle arrived at The Bachelorette 2017 mansion looking dapper in a white suit. If you want to know more about the gentleman with the dazzling smile, read our Anthony Battle wiki.

From Chicago, Illinois, Anthony Harvey Battle is a 26-year-old man who has come to find love on The Bachelorette 2017. He has worked as a Schools Manager at EverFi since June 2015.

The handsome Anthony Battle is a man of verse. He is well-learned and knows five languages: English, French, Indonesian, Latin, and Spanish. He attended Mount Carmel High School and graduated from Northwestern University in 2013. Battle has a BA in English Literature and worked as an English Language Instructor in Indonesia.

Through his academic and professional career, Battle has been lauded with awards and honors such as the Fulbright U.S. Student Award, a National Achievement Scholar award and the Patrick and Shirley Ryan Scholarship, awarded by Northwestern University. While pursuing his degree, Battle played football for Northwestern University, as well.

Also Read: Dr. Bryan Abasolo from “The Bachelorette”: Wiki & Everything You Need to Know

He also likes to read books that approach religious themes in a unique and artistic way. That being said, it’s no surprise that he’s a fan of celebrated writers like Paulo Coelho, Bram Stoker, George Orwell, and Dan Brown. In music, Battle likes contemporary rappers as much as classical artists like Beethoven. His favorite food is his mom’s macaroni and cheese, and when he’s not playing football or teaching, he loves to spend time by Michigan lake.

From what we understand, Anthony Battle seems to be a romantic guy and a bit idealistic, too. He describes himself as a poet, and one of his primary goals is to write a book someday. With such maturity and intellectuality, it won’t be too difficult for him to win Rachel Lindsay’s heart!