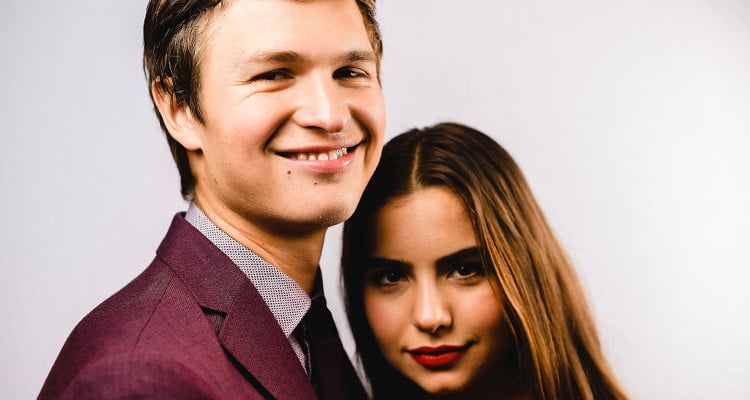 While the whole world was gaping and wondering if Violetta Komyshan simply forgot to wear a bra to the biggest red carpet event in the world, many are convinced that it was a feminist move! Although many were simply trying to recollect who she was, most eyes were on her choice of dress. Why? Our Violetta Komyshan wiki has all the details.

Violetta Komyshan is a pretty ballerina and has been dancing since she was a little girl. Having gone to the same high school and initiating a relationship as friends first, she’s currently dating Hollywood heartthrob, Ansel Elgort.

Keep reading to learn more Ansel Elgort’s girlfriend, how the two met, and more about her recent Oscars wardrobe malfunction!

The Swan of the Lake

When Komyshan was four, her parents decided to file for a divorce. Her father moved to Russia, while she and her mother moved to her mother’s native country, Ukraine.

In an interview, Komyshan opened up about her passion for ballet and how the dream began.

“Everyone kept telling me to join ballet because I was this tiny, kind of tall, skinny girl and I was very flexible. I moved back to New York and that’s when my passion for it started,” the dancer said.

Komyshan was born and raised in New York, but she didn’t start ballet until she turned nine, which she claims is “kinda old for most people.”

But, Komyshan’s delicate frame and natural grace helped her learn the otherwise demanding dance form. And soon enough, she became very comfortable with it.

Violetta Komyshan worked hard to get an entry into the prestigious Fiorello H. LaGuardia School, from where she graduated with a major in dance. She is now associated with Ballet Next, which promotes and trains professional ballerina’s to achieve their dreams of going international.

Komyshan and Elgort went public as a couple back in 2014 but were already dating before then.

Back when they were in high school, the couple apparently shared the same lunch period, and she says he had his eye on her. But when he approached her and a friend, Komyshan thought Elgort was into her friend instead!

“I thought he liked her! He waited for me [after school] the next day and told our friend to introduce us and I was like, ‘OK, he totally liked me yesterday.’” Komyshan told Cosmopolitan.

The couple split during the time they got the media’s attention. But, it seems like the lovebirds couldn’t stay away from each other for too long!

They were back together by 2016 when Elgort had become every girl’s heartthrob after starring in The Fault in Our Stars.

This year at the Oscars, the media had a field day when Ansel Elgort stepped out onto the red carpet with Violetta Komyshan. Under the light (intentional or not), Komyshan gave photographers a real show.

Many noticed that you could see right through the ballerina’s strapless, sheer black dress, leaving nothing to the imagination! Violetta Komyshan’s Oscars dress drew more attention than necessary, but feminists across the globe who believe in the #freethenipple campaign were delighted she opted to go bold!

After all, the 90th Oscars was all about the women and their strength!

Also Read: Who Stole The Best Actress Oscar Trophy Before Frances McDormand Could Enjoy It?

The Twitterverse, however, gave mixed reactions to her “transparency.” Although many brushed it off as if it were an everyday thing, others had a problem with her breasts being seen through the dress.

But it certainly didn’t seem to phase Komyshan much! She posted an Instagram Story selfie of her in the dress, with just an “Oops” comment.

Komyshan seems totally undisturbed by all the snide remarks and the backlash. Meanwhile, feminists everywhere are praising her carefree attitude.

Thank you to the amazing beauty people who made my first Oscars a dream. Makeup @barriking using all @ctilburymakeup. Hair by @kristen_good ✨✨✨

Ansel Elgort, who matched his girlfriend’s outfit, didn’t make a big deal out of the supposed wardrobe malfunction, either.

Instead, the actor chose to focus on the good times he shared with his sweetheart during her first Oscar event. Isn’t he the greatest?!

Well, not everyone is as lucky as Violetta Komyshan, and we’re glad the young gun has found strength in her life and relationship.

Cheers to the sheer power of women today! (Pun intended!)