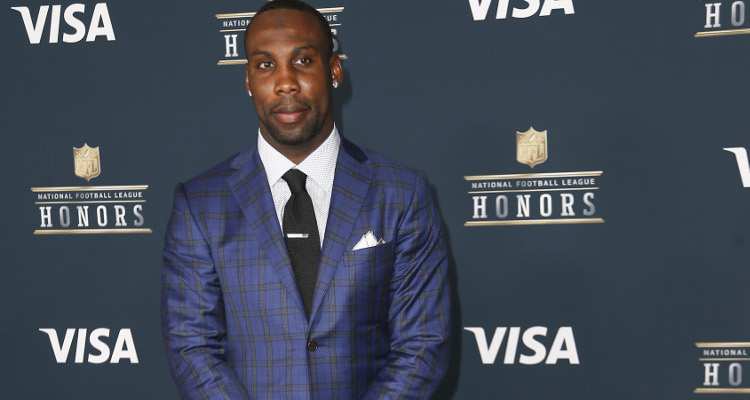 On Sunday, veteran Buffalo Bills wide receiver Anquan Boldin announced his retirement from football. If you want more details, then take a look at our Anquan Boldin wiki.

Born on October 3, 1980, in Pahokee, Florida to Carl Boldin and Brenda Banks Anquan Boldin’s age is 36. His brother is Demir “DJ” Boldin, and he played for the Toronto Argonauts in 2011. Boldin played different sports like basketball, football, and track at Pahokee High School.

In 1998, he was named Florida’s “Mr. Football.” During his senior season, he had a 10-0 regular season record, which included a 34-14 win over Glades Central in the annual Muck Bowl. After the season ended, Boldin was named the Florida Player of the Year.

Because he excelled in sports, Boldin made it to the Florida High School Association All-Century team, which included the top 33 players in the history of the state’s high school football team.

Boldin married his high school sweetheart, Dionne, who also went to Florida State. Though they started dating while in high school, the two went to rival schools. The couple welcomed their first son, Anquan Jr., in 2004 and their second, Ashton, in 2010. In 2009, Anquan and Dionne tied the knot in Jamaica.

Dionne is on the board of directors for The Anquan Boldin Foundation, which “is dedicated to expanding the educational and life opportunities of underprivileged children.”

Currently, the family lives in Delray Beach, Florida. In an interview, Dionne spoke about what it is like being married to an NFL player saying, “I like the platform it affords us. The ability to be able to walk into a scenario where you instantly have a platform for whatever your cause may be has always meant a lot to me. As a wife, there is a fine line between staying in a supportive role to your husband and positioning your platform in a way that you are grabbing the right audiences as well.” She further added, “Your presence, your behavior is important because people are always watching to see if you are going to screw up and that makes a difference as far as the type of ‘positioning’ and respect you’ll garner. I have known my husband since he was very young so it has always been great to be able to see him live his dream.”

Anquan Boldin’s net worth is an estimated $11.0 million. During the second round of the 2003 NFL draft, Bolden was selected by the Arizona Cardinals. He played with them until 2010, when he was traded to the Baltimore Ravens. In 2013, the Ravens traded him to the San Francisco 49ers, where he played until 2015 when he joined the Detroit Lions for a year. Throughout his football career, Boldin played in the Pro Bowl in 2003, 2006, and 2008.

#Repost @tnorman23 with @repostapp ・・・ An honor to meet @anquanboldin today during the @risetowin Super Bowl Town Hall on race relations! ????????????

On August 7, 2017, the Buffalo Bills signed a one-year contract with Boldin, worth about $2.75 million, with an added $1.25 in incentives. However, just under two weeks after signing the contract, Boldin announced his retirement, tweeting that, “Football has afforded me a platform throughout my career to have a greater impact on my humanitarian work. At this time, I feel drawn to make the larger fight for human rights a priority.”

Statement from Anquan Boldin on his decision to retire: pic.twitter.com/z19jekK33R