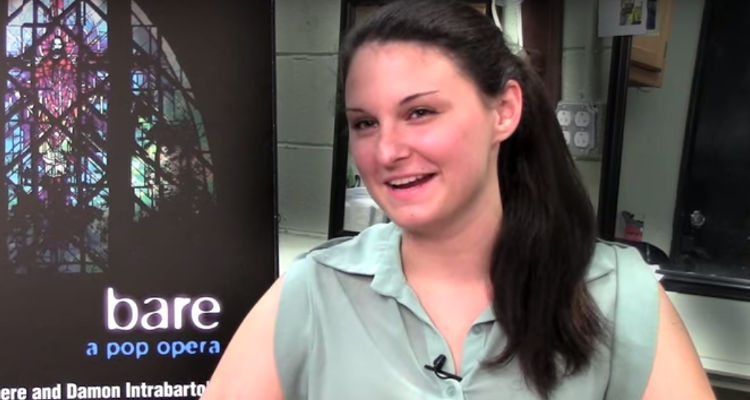 It was inevitable. It had to happen. The spotlight has fallen squarely on Tim Kaine’s family, and quite possibly especially on daughter, Annella Kaine. But who is Annella Kaine? Annella is Senator Tim Kaine’s daughter, who is the youngest of Tim Kaine’s children. She was born after her two elder brothers, Nat and Woody. Nat is in the U.S. Marines, while Woody studied film making and avoids the media like the plague. That makes the Senator’s daughter a target for a lot of media scrutiny. So, what is Annella Kaine’s age? She was born in 1995 which makes her just 21 years old!

The Music is In Her

Now that Kaine has secured the VP nomination, people are curious to know about his family, especially his only daughter Annella. Information about her is being uncovered now that her father is in the spotlight, like the fact that she is still a student. Annella is studying theater at New York University and is expected to graduate in 2017. She is studying drama at the Tisch School of the Arts. Earlier, she and her brothers attended Virginia public schools. Annella is musically gifted as she plays the guitar and sings just as beautifully. Lately, she has also started writing her own lyrics. She seems to have inherited a love for music from her father, who likes jazz and plays the harmonica. Annella believes that music has the power to change hearts and minds.

Annella is active on social media, though she keeps a low profile. Annella Kaine’s Twitter account only has a handful of followers while she herself follows 78 others. Annella Kaine’s mother is Anne Holton and she is very proud of her daughter. Annella has said on record that she has a very good relationship with her mother, which she cherishes. In a 2010 article for the Richmond Times-Dispatch, Annella explained why her relationship with her mother is so great. She said, “the trick is to not spend too much or too little time with your mother. Spend too much time and you can’t stand each other. Spend too little time and there is the danger of falling apart. When you find a comfortable groove to get into, doing things that you both like, you get along a lot better.” She strongly believes that’s the secret to having a great relationship with your mother. Annella is certainly wise for such a young age!

A Passion For Theater

Though Annella is just 21 and still in college, she already has an impressive acting resume. She has performed with the Richmond Triangle Players, a Virginia based theater company. Annella has addressed burning topics like gender equality, identity and sexual orientation through her performances in plays, many of which can be described as cutting edge. She is yet to make up her mind as to what she will do after college, but theater is definitely in the cards for this young actress!

Change Around the Corner?

It is very difficult to lead a normal life when your father or mother is a celebrity. Annella’s father could very well be the next Vice President of the United States. That would put some serious pressure on Annella to lead a different kind of life. Security seems to be the big issue as in the new rules of war, you can never be too careful, especially for a man in power. Lets hope that if her father does become VP, Annella’s spirits will not be dampened by her new security constraints.

Right now, the people of USA are getting their first look at Annella and it could very well be the start of a new love affair as she is already melting hearts!