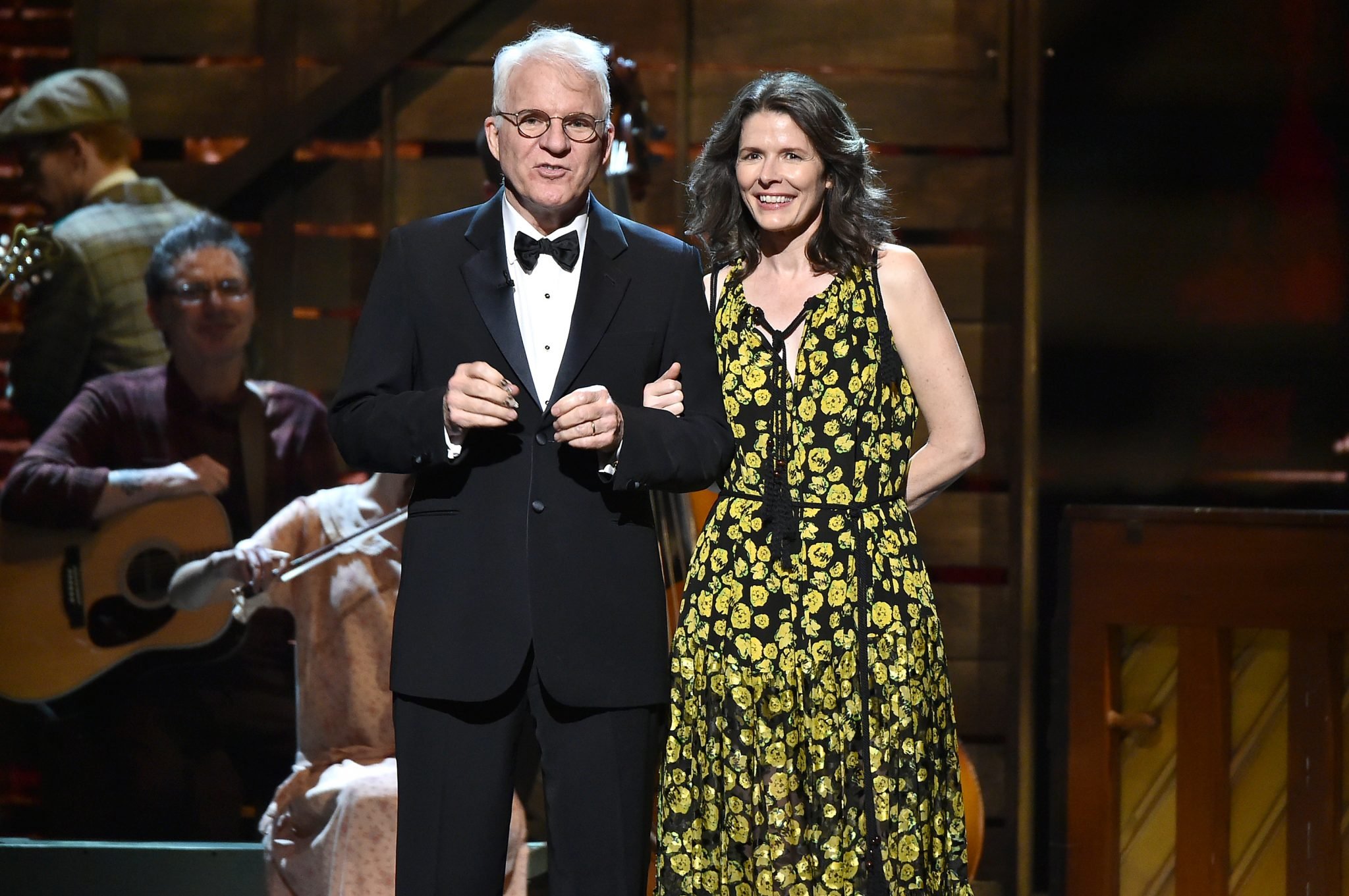 Steve Martin is making a comeback to the stand-up scene with one of the Three Amigos, Martin Short. Their longstanding friendship makes them perfect work partners, but what about his romantic partner in real life? Anne Stringfield is the lucky lady who gets to call herself Steve Martin’s wife and we’ve got all you need to know about her here!

Comedic legend Steve Martin is back to his comedy roots and has rejoined the stand-up scene once again; this time with Martin Short! But the true star that deserves the spotlight is Martin’s wife, Anne Stringfield. She has supported his career from behind the scenes for more than a decade.

The couple completes 11 years of marriage this July, which demands an Anne Stringfield wiki to celebrate the occasion!

Stringfield Is a Native of Florida

Anne Stringfield hails from Pensacola, Florida and attended Pensacola High School. Born in 1972, she’s 45 years old and 27 years younger than Steve Martin. She is the eldest of two girls born to the Stringfields.

Her father, James Stringfield, has been a doctor in Pensacola for around five decades. He graduated from the University of Alabama School of Medicine and specializes in pulmonology.

Stringfield’s mom, Margo Stringfield, is an archaeologist associated with the University of West Florida, where she acquired her Master’s degree. A research associate, her field of interest includes the British colonial period and urban archaeology, cemeteries, and public interpretation.

Steve Martin and Anne Stringfield have visited Pensacola several times. On one visit, Martin went to The Fish House restaurant in the city. It has been featured on Bizarre Foods with Andrew Zimmern, and has been visited by big names like Mitt Romney, Jeb Bush, John McCain, and Neil Armstrong.

For a restaurant that gets so many celeb patrons, a hostess once failed to recognize Martin, and the comedian waited a long time to get a table. But no worries!

The restaurant apologized, and Martin took everything in stride.

She Worked for The New Yorker

Stringfield graduated from Davidson College in North Carolina and landed a job as a journalist. She was a freelance writer for Vogue and wrote about art and off-Broadway reviews.

She was working as a fact checker for The New Yorker magazine and even wrote pieces of her own. One of her famous works was a tribute to iconic Hollywood talent manager, Sue Mengers.

In the mid-2000s, Stringfield was assigned to check a comedy piece by a famous star.

A regular contributor to The New Yorker, one of Martin’s pieces found its way to Anne Stringfield’s desk. And she had to call him several times for work-related reasons.

“We talked on the phone for a year before we even met,” Martin recalled.

They eventually met, and love blossomed irrespective of the almost three-decade age gap between them.

Stringfield bears a passing resemblance to Sex and the City star Kristin Davis. So, when Martin was spotted with his new, younger girlfriend, media outlets mistakenly reported he was dating Davis!

Steve Martin has had a string of high-profile romances in the past, including Bernadette Peters and Carrie Fisher. He was even married to Victoria Tennant from 1986 to 1994.

Their Wedding Was a Star-Studded Affair

Martin and Stringfield got married on July 28, 2007, after three years of dating. The wedding took place at the actor’s Los Angeles home. He was 61 and she was 35.

Martin was sporting the Inspector Clouseau mustache since he was set to resume the role once again in the sequel to the 2006 flick, The Pink Panther.

The intimate crowd of about 75 guests included Tom Hanks, Diane Keaton, Eugene Levy, Carl Reiner, and magician Ricky Jay. But none of the guests were expecting to witness a wedding that day!

Martin reportedly lured his friends to his home under the pretext of a regular “party.” They were surprised when it turned out to be Martin and Stringfield’s wedding ceremony! A classic Martin move!

They Have a Daughter Named Mary

Steve Martin went from Father of the Bride to first-time father when Stringfield gave birth to their daughter, Mary Martin, in December 2012.

Martin called becoming a dad at 67 “fantastic” and said, “I think if I’d had a child earlier, I would have been a lousy father because I would have misplaced my attention on my career.”

The actor spoke to David Letterman about becoming a father and said, “We’ve thought about the name quite a bit. Conquistador. What do you think? I didn’t want to go with one of those Hollywood weird names. Conquistador is a statement.”

Now that we think about it, Conquistador Martin has a nice ring to it!

Stringfield is camera shy and inactive on social media. She rarely makes appearances with her husband on the red carpet.

But the AFI Lifetime Achievement Award Ceremony in 2015 was an exception. Martin was being honored and Stringfield not only attended to support her husband, but she also welcomed Tina Fey’s good-natured ribbing!

Fey addressed Martin and said, “You have helped me so many times and in so many ways: showing up for SNL monologues; being a guest star on our dumb TV show; marrying a woman who is the younger, thinner, smarter version of me, just to keep me hustling. Always have my best interests at heart. It’s an honor…”

At that point, the camera panned to show Anne Stringfield on the screen behind Tina Fey, followed by endless chuckles.

At least we know she’s got a good sense of humor; something that is undoubtedly essential after marrying one of the funniest men in comedy!