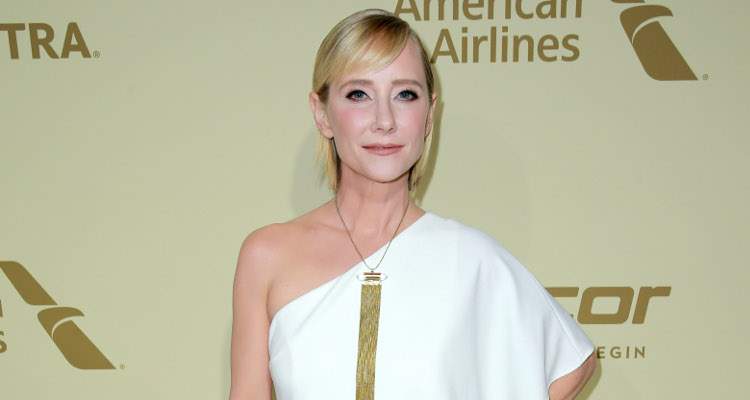 At one time, Anne Heche had Hollywood at her feet. But her career took a downturn after a high profile breakup. Now, Heche is back on her way to the top with NBC’s The Brave. Keep reading to know more about the actress right here in our Anne Heche wiki.

More than a decade ago, Anne Heche was one of the most sought-after actresses after starring in major blockbusters. But after the very public end of her romance with Ellen DeGeneres, Heche’s career took a rapid plunge. Now, she’s steering her way back towards the top.

Heche has a role in the military drama, The Brave, and is set to star alongside Mickey Rourke in the sci-fi thriller, Vestige.

She spoke about her family life several times, including about moving a total of 11 times during her childhood. When Larry King asked Heche what her father did, she answered that he was a choir director and worked in the oil and gas business.

Due to financial difficulties, a 12-year-old Heche began working at a dinner theater in New Jersey. Around that time, her family lost their home and had to live in a bedroom of a generous family from their church. With her earnings, they saved up enough to move out in a year.

Heche’s father died of AIDS when she was 13. According to Heche, her father was secretly gay and had many relationships, but denied his sexuality. She also alleged that he was “sexually deviant” and raped her when she was a child.

Not long after her father’s death, Heche’s brother died in a car crash. While official reports claim he fell asleep at the wheel, she believes it was suicide.

Tragedy struck Heche again when one of her sisters died of a heart defect, and another passed away in 2006 of brain cancer. Her sister, Abigail Heche, and their mother, Nancy Heche, are her only surviving relatives.

Nancy Heche is a public personality who has conflicting views on same-sex relationships. The actress claimed that she has been estranged from her mother ever since she told her about being abused by her father.

Heche’s family moved to Chicago where she went to high school. Her big break came when she was 16. She caught the eye of a talent scout while performing at a school production, and the scout offered her an audition for the soap opera, As the World Turns.

Heche flew to New York City, nailed her audition, and was offered a role. But her mother insisted she graduate first.

Days away from graduation, she was offered a role in another soap opera, Another World. Her mother once again refused to let her go, but Heche decided that she was going to take the part.

So, she flew to the Big Apple and portrayed a dual role as twins, Marley and Vicky. The show made Heche famous and won her a Daytime Emmy.

Heche soon made her primetime debut and booked bigger roles. Her feature film debut was alongside Elijah Wood in Disney’s, The Adventures of Huck Finn.

After supporting roles in several projects, Heche co-starred with Cher and Demi Moore in HBO’s groundbreaking anthology film, If These Walls Could Talk.

Her most prominent role to date was portraying Johnny Depp’s wife in the box office hit, Donnie Brasco. She enjoyed more commercial and critical success until she got her first starring role on the big screen with Harrison Ford on Six Days, Seven Nights. Although it critically panned, it was a commercial success.

The actress won her first Primetime Emmy for Gracie’s Choice and enjoyed small screen success with Everwood and Men in Trees. She appeared to be on the fast track to success with movies like Volcano and Wag the Dog, but her shattered personal life affected her work, and soon she slipped out of Hollywood’s radar.

After working in independent movies and films for the better part of her later career, Heche once again gained recognition with NBC’s The Brave.

Anne Heche’s net worth is estimated at $8.0 million, which is more than current beau, James Tupper’s $4.0 million, but far from Ellen DeGeneres’s $400.0 million fortune.

Heche had a guest appearance on the sitcom, Ellen, the same show where Ellen DeGeneres came out as a lesbian. They began dating after the show and, since they went public around the same time as she was cast in Six Days, Seven Nights, Heche’s public profile blew up. Some even suggested she dated DeGeneres to boost her popularity.

Nevertheless, Heche and DeGeneres were the hottest same-sex couple in the world at that time, and couldn’t resist gushing about each other. But three years later, the cracks began to show in their relationship. When they broke up in August 2000, Heche reportedly went through emotional turbulence.

According to reports, the day after their breakup, a dazed Heche parked her SUV at a dusty roadside and walked miles through the desert in her underwear to a stranger’s house in California. The homeowner recognized the actress and welcomed her. Heche proceeded to drink several glasses of water, requested a shower, claimed that she was God, and offered to take everyone back to heaven in her spaceship.

The press had a field day with Heche’s apparent psychotic breakdown. She was released from University Medical Center within a few hours and later admitted to taking ecstasy.

She even claimed to have an alter-ego named “Celestia.” But has since claimed that she put her problems behind her.

Heche surprised some when she married her first husband, Coley Laffoon. The duo met when Heche accompanied DeGeneres on her stand-up comedy tour. They began dating three months after Heche and DeGeneres broke up.

Heche and Laffoon have a son named Homer, who was born in 2002. After six years together, the couple separated in 2007.

According to her ex-husband, Heche was an unfit parent for their son. Their divorce was finalized in 2009 but they engaged in a bitter battle for child support. Heche was ordered to pay $3,700 in child support among other expenses, but renegotiated the sum to $1,175.

Although they accused each other of being a “bad parent” in their divorce, it was speculated that Heche and Laffoon separated over her alleged affair with Men in Trees co-star, James Tupper. They moved in together in 2007, a few months after Laffoon filed for divorce.

The following year, Heche and Tupper announced that she was pregnant with their son, Atlas Heche Tupper, who was born in March 2009.

Anne Heche has since left her tumultuous past behind her and is making big strides in her career. Her upcoming projects include the sci-fi thriller, Vestige, alongside Mickey Rourke.