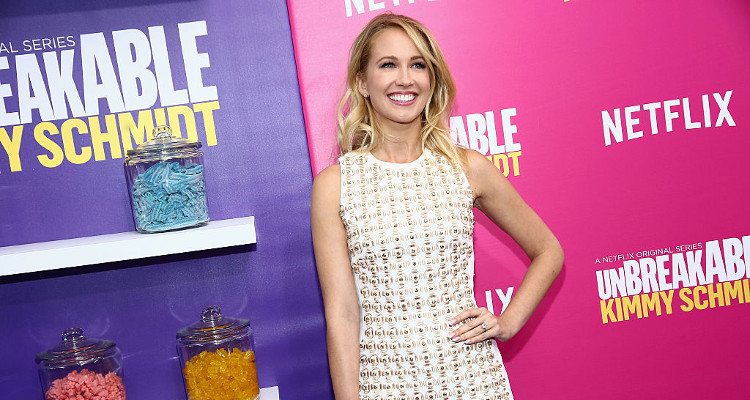 Camp revealed to Business Insider that she was sexually harassed by certain men on the set of Good Girls Revolt. She said, “I was telling people earlier that we get all dolled up for the show, right? Especially my character, to the nines with the hair, and I go over to crafty [craft services] and I’m eating food and I’ve never been called ‘doll,’ ‘honey,’ and ‘sweetie’ more than when I’m on this show,” she said without revealing the identity of her offenders.

Naturally, the occurrence surprised Camp, who expected the cast and crew of a show that dealt with gender equality to be more sensitive about such behavior.

She also spoke to People magazine about similarly uncomfortable situations. “I’m happily married now, but [I have had moments] on sets where I have been shooting a scene with someone, it’s going very well, but I can tell… ‘Oh God, I think he’s going to ask … Oh God, is he going to ask me out?’ But I have to work with him tomorrow! And then I have to work with him for the next month. How do I maintain that balance of not offending him, but getting my point across that I don’t want to go out on a date?”

What is Good Girls Revolt about?

It’s ironic that Camp faced sexual harassment on the set of Good Girls Revolt. The show is set in the 1970s, where Camp plays a magazine’s researcher, Jane Hollander. She is among the working women of the time, whose day-to-day life included facing sexist remarks and getting hit on. The girls rally together to break the proverbial glass ceiling in the show.

The show premiered on October 28 and is based on a true story depicted in Lynn Povich’s non-fiction book by the same name. Good Girls Revolt accounts the stories of three female researchers at a magazine, who make a revolutionary request to the Equal Employment Opportunity Commission to enforce workplace equality, as only men can be reporters.

It relates to the 1969 incident when a group of women sued Newsweek magazine for gender discrimination. The event resulted in Newsweek agreeing to provide equal employment opportunities to women.

Since she experienced sexual harassment on the set of Good Girls Revolt, Camp and her co-stars, Genevieve Angelson and Erin Darke, have been speaking up about sexual discrimination in Hollywood. What she went through on the set of the drama obviously made Camp furious and she’s expressing it clearly, “I just want to say, ‘Do you guys know what show we’re working on right now? That we’re doing a feminism show and we’re talking about sexual harassment and equality and I’m getting called doll, honey, and sweetie more than I ever have?”

Jane is over on #Amazonprime in @GoodGirlsRevolt Stream all episodes now????pic.twitter.com/f2pK9yDWBt