We get to be spoiled with George Lopez’s brand of comedy, thanks to Ann Serrano. The ex-wife of George Lopez is a big reason the comedian and late-night host is alive and continuing to make us laugh. Serrano and Lopez’s marriage had its ups and downs before they split for good. The funnyman, however, credits his ex-wife for helping him get a new lease on life. She’s certainly deserving of some of the spotlight right here in Ann Serrano’s wiki.

Dr. Julio had a private practice as an occupational medical specialist and family physician. He was the official physician of the City of Fort Lauderdale’s employees. He was also a consulting physician for various companies, including the aerospace program at Cape Canaveral.

Dr. Norda was Cuban by birth. She moved to the U.S. after graduating from the University of Havana School of Medicine. She was an anesthesiologist affiliated with hospitals in the cities the family lived in.

Ann’s sister, Norda Winkler, resided in Hong Kong for a while. She was a suspect in the hacking death of her Chinese husband in 1990 and was committed to a mental institution in the U.S. in 2005.

Ann Serrano is a screenwriter, producer, casting director, and actress with credits on several shows with her now ex-husband. She has made appearances in Curb Your Enthusiasm, Arrested Development, and Life with Bonnie.

George Lopez, who had a tough childhood, began his career trying to get more Hispanic representation on TV and films. During his rising career, he caught the eye of casting director Serrano while performing at a comedy club in May 1989.

Though their marriage had its ups and downs, Serrano helped Lopez through one of the biggest crises of his life. Back then, Lopez’s career was on the rise, but his kidneys were failing him.

The comedian has a genetic condition in which his kidneys deteriorate rapidly. As a child, his grandparents were unkind to him about his bed-wetting problem. They didn’t take him to a doctor for the problem, though. As a result, Lopez was diagnosed very late in life.

In April 2004, he was in need of a kidney transplant. But there was a five-year waiting list.

That’s when Serrano stepped in as the donor. On April 19, 2005, Lopez checked into the hospital under a fake name. He underwent a successful transplant surgery, recovering enough to get back to work.

Lopez has long used his fame as a platform to spread awareness about kidney disease. And he also makes sure everyone knows that he is alive because of Serrano. 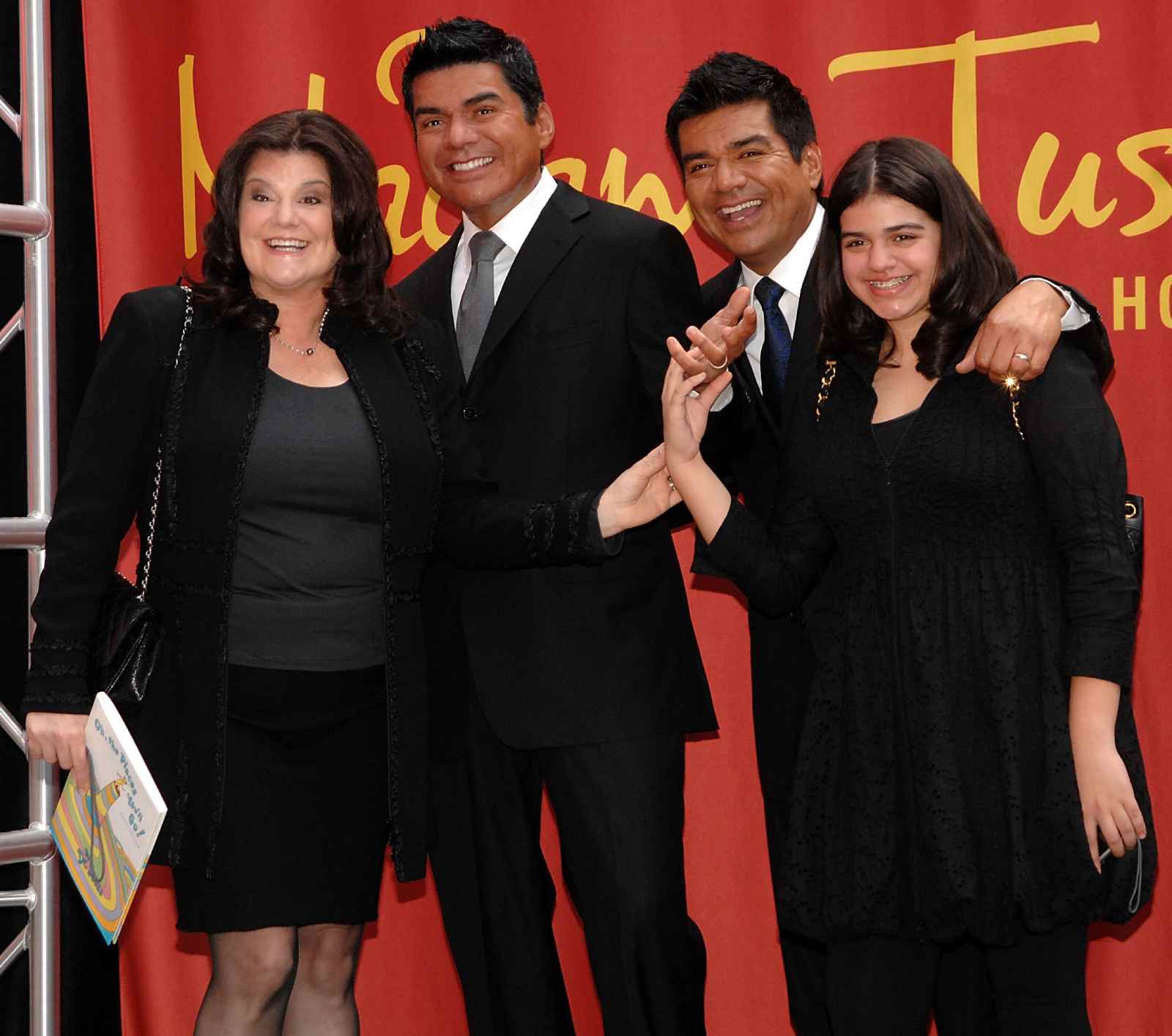 It came as a shock to many when George Lopez and Ann Serrano Lopez announced their separation in 2010. Two months after they separated, Serrano filed for divorce in Los Angeles, citing “irreconcilable differences.”

“George and Ann Lopez have made the decision to end their 17-year marriage. The decision is amicable and by mutual agreement,” read a joint statement from his rep. “They remain dedicated parents, and committed partners in business and their philanthropic organization, the Lopez Foundation.”

Their divorce was finalized in 2011, but it took well over a year to decide the division of their assets. According to court documents, Lopez’s AFTRA retirement fund, only including his income from 1993 to 2010, would be split evenly between the exes.

Serrano and George Lopez welcomed their daughter, Mayan Lopez, on April 2, 1996. But George did not become a family man right away.

At the time, the comedian was working late into the night and drinking too much. George cited his own experiences with his guardians as the reason behind his poor behavior. George’s father had walked out on him and he was neglected by his mother and grandparents for most of his childhood.

Serrano, a new mom then, had run out of patience, so she kicked him out. “In the middle of the night I filled up his car with all his clothes, all his toiletries, a frying pan, toilet paper,” she said. “It was like, buddy, you’re not coming back. And I changed the locks.”

George had also hit rock bottom in his career and wanted to turn his life around. To do that, he begged Serrano to take him back. They reconciled, with Serrano giving him an ultimatum to get his act together.

Mayan was a teen at the time of her parents’ divorce. Serrano sought physical custody of her in the split.

George has said he and his ex remain amicable as co-parents to Mayan. Ann Serrano has been active as a producer in recent years.

Mayan is active on social media, and she treated her followers to glimpses of her parents who still have the cutest relationship after their divorce. Most recently, Serrano did a sweet gesture on George’s birthday in April.