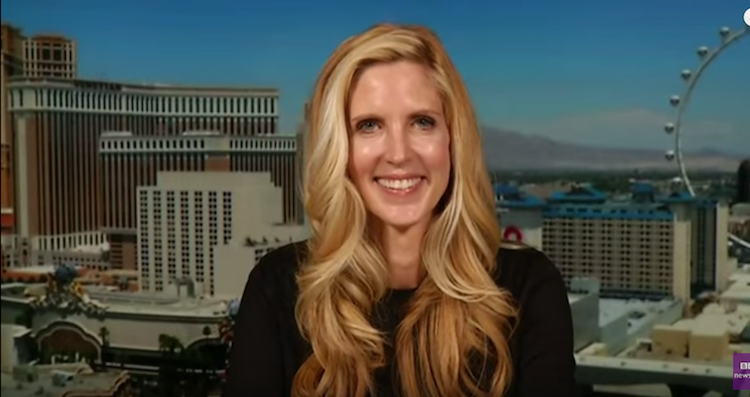 Who is Ann Coulter dating? No, you didn’t read that incorrectly—the conservative political commentator is back and she has a new man in her life! If you want more information on Ann Coulter’s boyfriend for 2017, then keep reading to learn more!

First of all, we didn’t know she dated, so if you’re looking for an Ann Coulter dating timeline or Ann Coulter’s boyfriends list, then you might not find much. The 55-year-old is most well-known and well-hated for her strong conservative views and her new leading man is one for the books. Heads will be scratched and drinks will be spat, making a mess of your floor (or keyboard).

Yes, you read that correctly. Ann Coulter’s boyfriend is Good Times star, Jimmie Walker! And let’s just address the elephant in the room—Walker, 69, is African-American and four out of five people would consider Coulter openly racist. Allegedly she isn’t, but anyone who has heard her stance on other races and the LGBTQ community would be very surprised by her dating choice. Then again, in 2011 Coulter did say, “Our Blacks are so much better than their Blacks,” when referring to republicans over democrats. Only Coulter’s dating life would become controversial and social media is losing its mind!

Also Read: Who is Alan Colmes’ Wife? Find Out about Jocelyn Colmes

The news was confirmed by television producer, Norman Lear, when he first mentioned the news during an interview with Black-ish creator, Kenya Barris on behalf of Entertainment Weekly.

“I love him; he’s a wonderful guy, but I’ll tell you something about him that’ll astound you: He dates Ann Coulter,” Lear said. The news surprised Barris, who then listened as Lear explained how he and his wife had dinner with Coulter and Walker. Lear added that Coulter turned out to be “a dreamy, delicious, sweet person.”

Coulter, “sweet?” That’s probably the one name in the English language that she hasn’t been called! We all remember Comedy Central’s The Roast of Rob Lowe, which quickly became The Roast of Ann Coulter, Featuring Rob Lowe.

Coulter has been in other relationships before, but has never been married and has no children. She dated Spin founder, Bob Guccione Jr., conservative writer Dinesh D’Souza, and in 2008, she split up with former President of the New York City Council, Andrew Stein—a liberal! According to Stein in a New York Post interview, they broke up due to irreconcilable differences.

In a past interview with The Blade, Walker commented on whether or not he shares Coulter’s political views.

“Ann is a good friend and I enjoy our conversations,” Walker said. “Do we agree on everything? Of course not!

“But that is what is missing in this country today: you should still be able to have friendships with people with whom you have philosophical differences with. Truth be told, at the TV Land Awards she was probably just using me to get to Greg Brady!!!!”

Social media users aren’t very happy about the news, but it’s not really anything new, since the two have been rumored to be romantically linked for years. The Internet does have a way of making something old seem new again, and we can assure you there will be no shortage of Good Times-themed memes! The Internet is already full of them!

So, it turns out that Ann Coulter is in fact full of surprises and there’s a good chance that she and Jimmie Walker are going to lead happy lives together—but shouldn’t be shocked if they get some side-eye at the next BET Awards!