Comedian Jo Koy discusses "Comin In Hot" as he visits BuzzFeed's "AM To DM" on October 17, 2019 in New York City. (Photo by Roy Rochlin/Getty Images)

Angie King is a big part of Jo Koy’s life as the mother of his son. Even though these exes separated years ago, they are now the #ExCoupleGoals! The comedian is known to include his family in his stand-up content, but he keeps their personal details private. Nonetheless, Koy and King make their friendship as co-parents known on social media. Case in point: King is known to promote her ex-husband’s comedy tours and specials. The Internet is always curious about the funnyman’s relationships. So we’ve got Angie King’s wiki to give you everything on Jo Koy’s ex-wife.

Angie King Is of Filipino Descent

Born Angelica King on May 28, 1979, Angie and her brother are originally from the Philippines. Her mother, Tessie King, is a Filipina. Angie has made her pride in her background known on social media.

Angie’s father, David King Sr., passed away in July 2018. Angie sang at his funeral, the video of which she shared online.

Jo Koy also inherited Filipino heritage, from his mother’s side. His latest Netflix special, In His Element, is set in Manila, Philippines.

King and Koy Have a Son

Koy and King’s marriage didn’t work out and they divorced. However, they have an excellent co-parenting relationship and friendship.

The exes praise each other as parents on social media. And King even promotes Koy’s stand-up specials.

Though his family and ex feature in his stand-up, Koy is notorious for keeping details of his personal life under wraps. Nonetheless, neither Koy nor King have made a secret of how much they adore their son and are glad that LJ shares their pride in Filipino culture.

King Is a Musician and Entrepreneur

Angie King currently resides in Los Angeles, where her businesses are based. She is primarily a singer-songwriter inspired by her father, who was an opera singer.

Since her start in church choir as a child, King pursued music professionally under the name Nura Luca. In March 2020, she released her debut single, “Night Lights.”

King and Her Boyfriend Have a Clothing Line

King has been in a relationship with Los Angeles-based artist and designer Gino Perez at least since 2011. Together they created L.A.-based clothing line, Mexican UFO.

Perez was raised by a multi-talented artist for a dad. But his father’s drug addiction made things hard on their family. As a child, Perez witnessed his father get beaten up, rob a bank, nearly get gunned down by cops, and serve time in prison.

He was dreaming of a pro-skateboarding career when he turned his focus entirely to art. Perez later found a way to combine his art with the sewing skills he learned from his mother.

That led him and King to start Mexican UFO from his trademark drawing that includes a flying Sombrero that looks like a UFO. They create designs and run the company together.

Perez and Koy are also friends. The artist even credits the comedian for promoting Mexican UFO with his fame. Koy has often worn pieces from Mexican UFO on his stand-up tours and in his previous Netflix special, Comin’ in Hot.

Businessperson
Robert Unanue Wiki: Facts about the CEO and President of Goya Foods 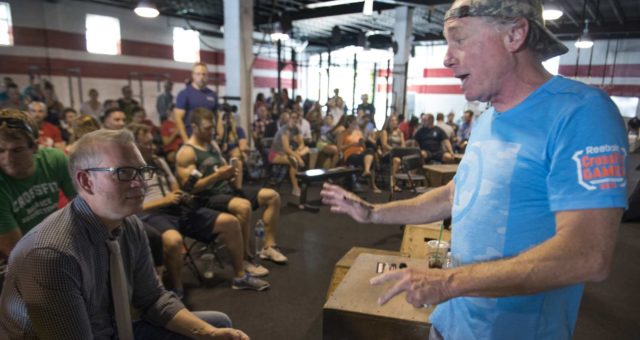