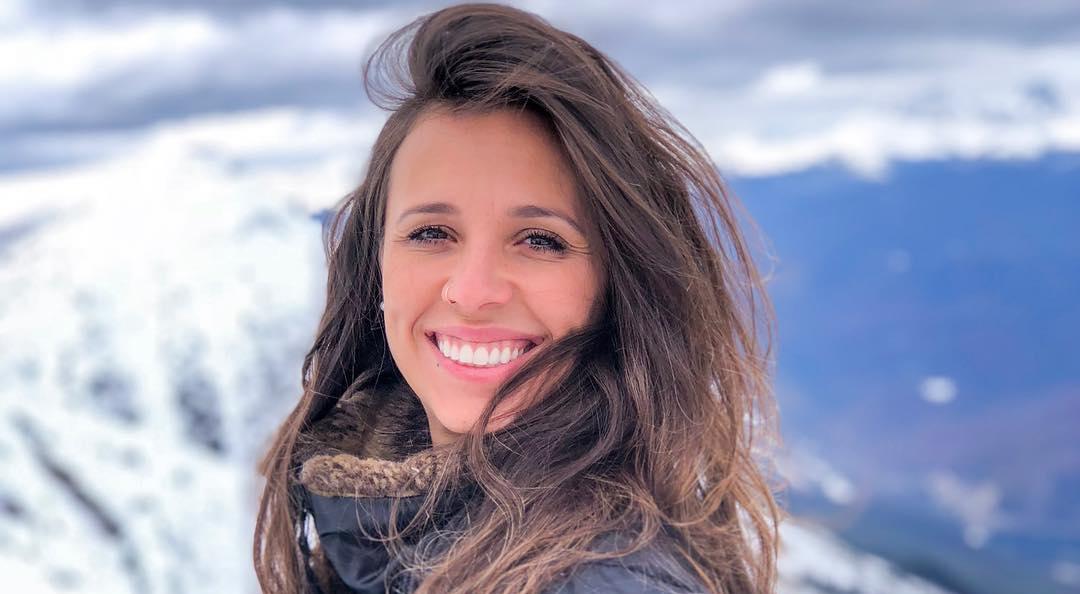 Many celebrities and social media stars are big supporters of the LGBT community. One of them is Angelis Borges, who is married to Nina Fisher. The two have their own YouTube channel, which now boasts the likes of over 106K subscribers! But who is this half of the famous online lesbian duo that everyone has simply fallen in love with? Have a look at some of the facts from Angelis Borges’ wiki.

If you are a person who loves to binge-watch YouTube videos, then the name Angelis Borges surely sounds familiar to you. She is not just a famous YouTube vlogger, but she’s also a Brazilian reality TV star.

Today, she is famous for the online YouTube vlog she shares with her wife, Nina Fisher. The two have proven that love knows no limits and does not discriminate. It is the most beautiful thing in the world—and they truly are the definition of what love is. 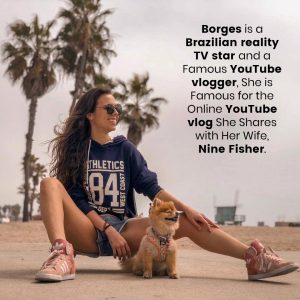 When Borges met Fisher, she barely spoke a lick of English. Today, her vocabulary has increased, and she is learning more from Fisher every day!

Angelis Borges Came Out of the Closet Publicly in 2012

Borges grew up in a religious family, which meant her family was not really open to the concept of same-sex relationships. She realized that she was a lesbian years ago when she first kissed a woman. She claims that she was never really attracted to men. 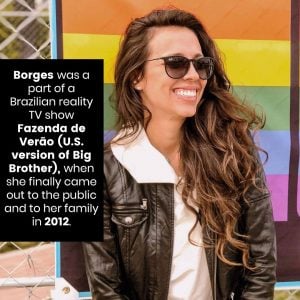 Borges was a part of a Brazilian reality TV show called Fazenda de Verão (similar to the U.S. version of Big Brother) when she finally came out to the public and her family in 2012. At that time, she was the first lesbian in Brazil to be dating on Brazilian TV.

Borges also has a brother, Clauriston Júnior, who lives in Ribeirão Preto and currently works with Bombril. His relationship status claims that he’s been dating a girl named Amanda Morim for almost a year now.

Additionally, Borges has a sister who is 31-year-old. Her name is Clariany Borges.

In July 2015, Borges got married to a British woman named Nina Fisher.

Fisher was born on March 21, 1977, which makes her age to be 41. She is a real estate agent, who works as a licensed real estate salesperson with Oxford Property Group. 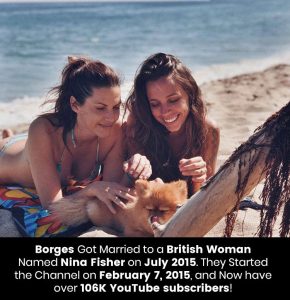 Fisher was born and brought up in London, UK and moved to New York City in 2001 while she was on vacation with her father. She fell so in love with New York that Fisher decided to stay back and pursue her career there.

As mentioned earlier, Fisher is a full-time real estate agent. She has local as well as international clients. She often travels to Los Angeles for work purposes.

Angelis and Nina Met Each Other on a Dating App

Fisher and Borges met each other the same way most couples seem to be meeting these days—through a dating app! Fisher was the only woman Borges messaged using Google translate to talk to her because her English was so poor.

The cutest thing was that Borges messaged Fisher saying that she has no clue how the process works and then gave Fisher her phone number. For three days, they exchanged messages, and after that, they went on a date to get to know each other better.

The idea was to go for dinner, but Borges was so nervous that she wouldn’t be able to communicate with Fisher, so she decided to throw a house party and invited Fisher instead.

The two fell madly in love, and thus began the couple who continues to give us all the biggest #RelationshipGoals!

Sometimes, things don’t always go as planned. The same thing happened in the case of Fisher’s proposal. One of Borges’ favorite spots in New York City is Central Park.

So, Fisher wanted to make a grand proposal in Central Park when it was finally time to get down on one knee. She was panicking because everything seemed to be going wrong: the music playing in Central Park was inaudible, it became slightly cold, and was drizzling. Her plan was not working out because Borges wanted to leave.

So, Fisher and Borges left. Fisher was so upset because her plan didn’t work out. But it didn’t matter; she did it the next morning instead!

Borges was in bed, and just as she was leaving for work, she popped the question! Of course, Borges said yes to her proposal.

It was instant love for them, as they got hitched within three months.

They Do Face Communication Problems

Of course, every relationship has its ups and downs. And Fisher and Borges have also gone through their fair share of problems. One of the major issues in their relationship was and is communication.

Since Borges first language is Portuguese, she is not very fluent in English. Sometimes, it would lead to misunderstandings between the two.

Borges is very expressive and vocal, but Fisher is the opposite. She bottles things up which creates problems for them. The only piece of advice this sweet couple has for their viewers is to communicate whatever is bothering them to their partners, and work on a solution together.

Currently, Borges and Fisher live in Los Angeles, California. They seem to really understand each other’s wants, despite a bit of language barrier between them.

Angelis Borges Was a Part of a Brazilian Reality Show

The show was about 22 contestants who stayed on a farm with no contact with the outside world. When Borges was on the show, she was a publicist. In fact, she won the show and also the prize money!

In February 2015, Borges moved to America without knowing any English. She has since paved her own way to huge online success, and the love of her life to do it with!

Today, the two are celebrities in their own rights as they have acquired a massive fan following for their online content. Whether it’s their relationship discussion videos, their travel vlogs, or their popular (and always adorable) Q&A’s, these two give people a reason to smile and believe in real love. They started the channel on February 7, 2015, and now have over 106K YouTube subscribers!

So, be sure to check out Angelis & Nina on YouTube to see what all the fuss is about! We’ll get you started with one of their most popular videos below!