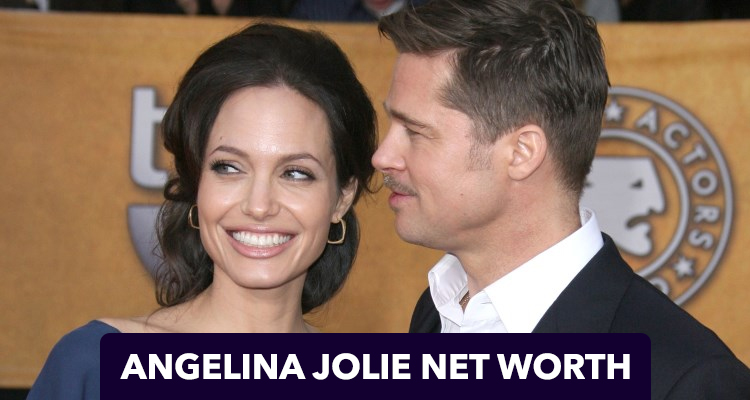 Angelina filed for divorce due “irreconcilable differences” and is filing for physical custody of their six children: Maddox, 15, Zahara, 11, Pax, 12, Shiloh, 10, and twins Knox and Vivienne, 8. Angelina is being represented by her divorce lawyer, Laura Wasser, and a legal representative from Angelina has released a statement.

“This decision was made for the health of the family. She will not be commenting, and asks that the family be given its privacy at this time,” attorney Robert Offer said in a statement.

She Wants Custody of the Kids

This is the biggest celebrity break up of the year and also the biggest Brad Pitt and Angelina news the world has ever received. Although Jolie is seeking physical custody, she is still allowing Pitt to have legal custody, but wants to raise the children under her roof, solely. Jolie has petitioned to have Pitt only receive visitation privileges and has not sought spousal support. This likely won’t affect her net worth, since she won’t be receiving any financial assistance from Pitt. This also means that Pitt won’t face a decrease in his net worth, due to alimony payments. The couple have their joint assets, such as their estates and the Jolie-Pitt Foundation (a charity aimed at supporting international humanitarian causes).

This news comes on the heels of the flirtatious/cheating nanny rumors that were being speculated, with Pitt being at the center of it all. Jolie had fired their nanny, who was reported to be nothing more than friendly with Pitt, but the tabloid rumors continued. Now, there are more rumors circling that fellow Allied actress, Marion Cotillard was having an affair on set with Pitt, but this hasn’t been confirmed and has since been denied by other sources. The news would come as no surprise, since Pitt and Angelina met while on set of their 2004 blockbuster, Mr. & Mrs. Smith, when he was still married to Jennifer Aniston.

Some sources are speculating that the divorce was centered around Jolie’s dislike of Pitt’s parenting methods, his alleged use of drugs and alcohol, and that she only has her children’s safety in mind. There is no third party involved and no news of Pitt admitting himself into rehab for his alleged addiction. The world has only ever known him as a good father to his adoptive and biological children with Jolie. There is currently no news on Brad Pitt and Angelina Jolie’s kids or their reaction to the recent divorce.

The power couple met in 2004 and were married in 2014 in a chapel at Chateau Miraval in a village in Correns, France. It’s unfortunate that the news of their split has been confirmed, and after 12 years together, “Brangelina” will be no more.