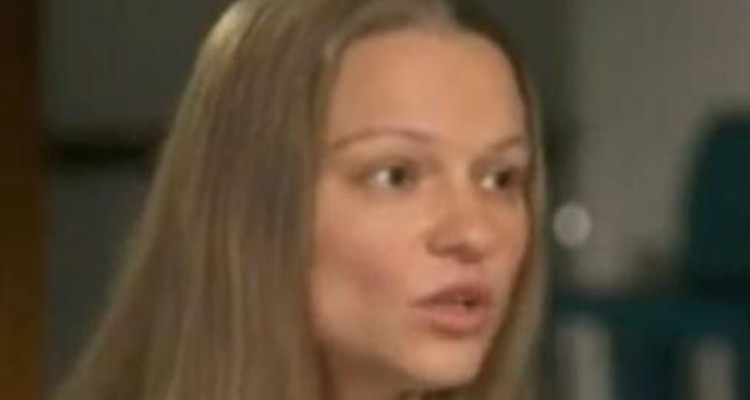 Angelika Graswald’s fiancé, Vincent Viafore died in a kayaking accident two years ago. But was it really an accident? Graswald pleaded guilty to murdering Viafore. But why would his fiancée kill him? There’s a lot more to Angelika’s story than meets the eye. Find out all about this femme fatale in Angelika Graswald’s wiki.

Angelika Graswald is a native of Latvia who worked as a nanny. She originally came to the U.S. for a year, but ended up staying for good. “You know, they say that there is a one way ticket to America and that was my case,” said Graswald on 20/20. In America, she met Vincent Viafore, 11 years her senior and completely smitten by her. Within weeks, she moved in with him and five months later, they got engaged.

She was married before and kept her married surname. According to friends of her deceased fiancé, Graswald told Viafore her surname was Lipska and used the same on social media. Two months before he died, Viafore and Graswald traveled to Eastern Europe and shared a picture on his Facebook. He mentioned in the post that they planned to marry in Europe and have a reception by the Hudson River in the U.S.

According to his obituary, Viafore, a Poughkeepsie resident was employed with the NYS Office of General Services Design and Construction Department. His favorite spot was the Hudson River Valley. Little did he know that would be where he lost his life as, in April 2015, Viafore and Graswald took a romantic kayaking trip on the Hudson River.

Though he enjoyed kayaking, neither were experienced. Viafore didn’t wear a life vest or a wet suit when the weather turned rough. His kayak capsized and he fell into 48-degree water. Graswald called 911 and was rescued by authorities. But Viafore was not found.

#3. She Wanted Her Fiancé Dead

Hours after Viafore’s kayak capsized, rescuers found Graswald. Soon his kayak was found. Instead of playing the grieving fiancée, Graswald was reportedly unusually joyful which made the police suspicious. So they brought her in for questioning. The then 35-year-old Graswald made a shocking revelation: She wanted her fiancée dead. She claimed he was controlling and demanded sex, and allegedly pushed for threesomes.

“I wanted him dead,” she told police during her interrogation, “and now he’s gone and I’m OK with it.” Her confession was enough to get her arrested on charges of second-degree murder. Days after her arrest, Viafore’s body was found one mile from where he drowned.

While Graswald was awaiting trial, a kayak expert said that several poor decisions led to Viafore’s death. He didn’t wear a life vest, his clothing was unsuitable for the weather, and his kayak was wrong for the water. When being interrogated, she reportedly told the investigator that she took out the plug on the kayak before he drowned.

Most details on this case are obscure because the court issued a gag order preventing the the prosecution or defense from sharing details about the trial to the media.

#4. She Denied Killing Her Fiancé

She denied the claims for two years until weeks before the case went to trial. On July 24, 2017, Graswald pleaded guilty to criminally negligent homicide. Previously facing murder charges, she pleaded guilty to a lesser charge.

Graswald reached a deal with prosecutors, admitting that she did not acknowledge the conditions on the day Viafore died. With her guilty plea, she will be criminally liable for Viafore’s death when it goes to trial in November. However, she still maintains that she never wanted to kill him and denies the prosecution’s claims that she intentionally removed the kayak’s plug.

In defense of her initial confession, she said that she reached a “breaking point” from the repeated questioning causing her to blurt out that she wanted her fiancé dead. “I didn’t kill him. … I loved him,” Graswald said. “I’m not a killer. I’m a good person.”

Angelika Graswald is a lawful permanent resident. However, the federal judge could have her deported based on her guilty plea. Vincent Viafore’s ex-wife, Suzanne Viafore, wants Graswald to spend the rest of her life in prison and never have the opportunity to see her family again.