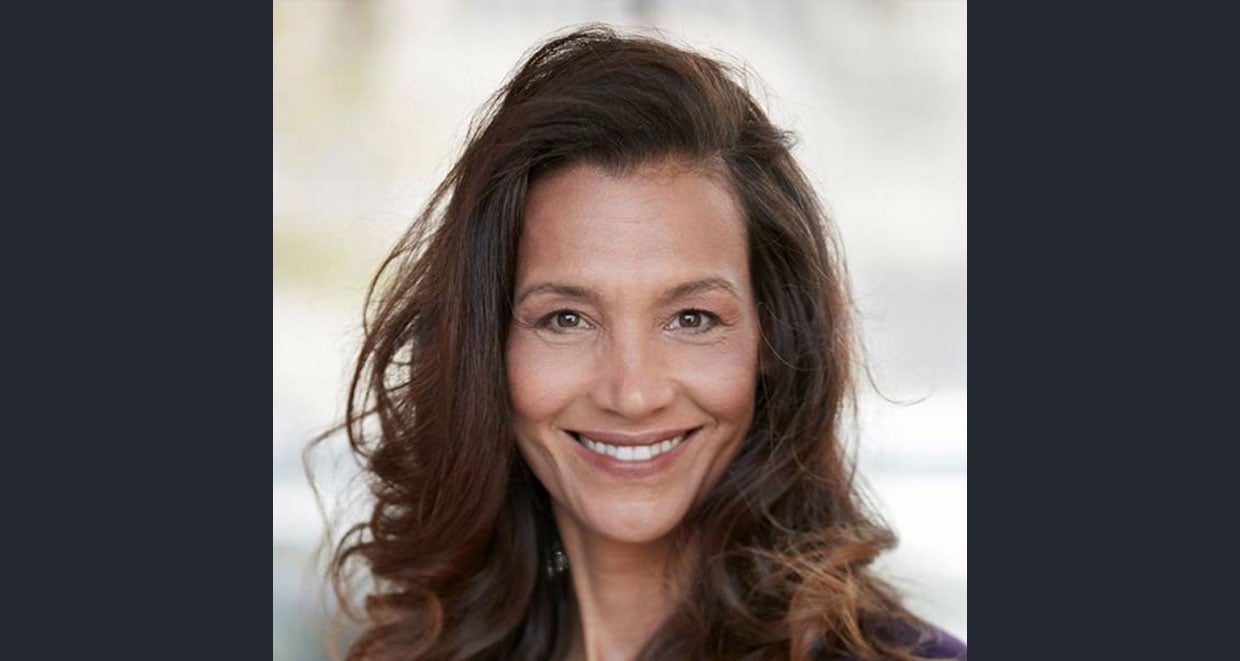 Actress and comedian Angela Means is famous for the small role she played in the classic ‘90s film, Friday. But it wasn’t her role per se that gained her such notoriety. It was the classic line, “Bye, Felisha,” that turned her into a sensation, maybe more so today than ever before. “Bye, Felisha” (said by Ice Cube in the hit film) has recently become so famous, that everyone and their mother seems to be saying it! But who is the woman the iconic line was originally aimed at? The actress is no longer seen on screen, as she seems to have bigger things on her plate. Now, Means is a vegan cafe owner! Here are some details from Angela Means’ wiki.

Born on November 19, 1963, Angela Means’ age is 54. She is a country girl who was raised in a big family on a 175-acre farm located outside of Ann Arbor, Michigan. From a very young age, Means has known the benefits of fruits and vegetables and has taken pride in her ability to grow and forage her own.

She grew up vegetarian and eventually turned to veganism. And aside from acting, Means has always loved to cook and has even worked as a personal chef.

In February 2018, Means took to Facebook to showcase some of her delectable eats, proud of her “Impossible Burger” that apparently tastes like a real hamburger, even though it is 100% meat-free!

She Has Worked as a Fashion Model and Volunteer

Besides acting and comedy, Means walked the ramp for Bill Blass and Bob Mackie. She started modeling at the age of 19. Later, she left the industry and became a stay-at-home mother to look after her son.

For five years, Means worked as a dog walker with Dog Rescuers. She used to walk dogs for several hours.

Means is best known as the girl behind the phrase, “Bye, Felisha,” from the movie, Friday. Although she didn’t say the line, people remember her from the scene where Ice Cube, who plays the role of Craig Jones says, “Bye, Felicia,” in the movie. For some reason, the line remained an iconic part of the hit 1995 film, and there has been a resurgence of people using the line more than ever today!

Means’ character’s name in the movie was Felisha. Fast forward to now, “Bye, Felicia” memes have sparked a new trend, making the phrase “Bye, Felisha” even more popular than ever before. The phrase is used in all types of ways, but mostly in a condescending tone to get rid of or say goodbye to someone/something. But Angela Means is still the face most associated with the popular catchphrase.

She entered the entertainment industry as an actress and comedian in 1994, and though she became best-known as Felisha in Friday, she has had her hand in many other projects, including House Party 3 and Cousin Skeeter.

Besides acting, Means has also tried her hand at producing. She acted in and produced the 2008 film, Customer Service Sucks. Her other acting credits include Hangin’ with Mr. Cooper (TV series), In Living Color, The Cherokee Kid (TV movie), Sprung, and A Luv Tale.

Recently, she played the role of Raven in the series, The American Family Dreamers. Means is currently filming for a new film called The Regiment.

After her brief modeling stint, Means got into stand up comedy until she was 23. As a stand-up comedian, she toured with Bernie Mac and Chris Rock and was also a part of the Def Comedy Jam’s national tour.

To date, Means still receives royalties from Friday. (And we bet people still call her “Felisha!”)

Her work responsibilities were to manage all retail sales outlets, overlooking operations for the game day, taking care of special events, and fundraising.

She Is a Former Video Director and Producer

For four years, Means was a video director and producer at Affordable Living for the Aging (ALA). She produced and directed honoree bumpers and promotional videos.

In 2014, Means started selling her own line of raw puddings and desserts at RAWkin Juice in Burbank. She is also a company shareholder.

She Is a Photographer and an Archiver 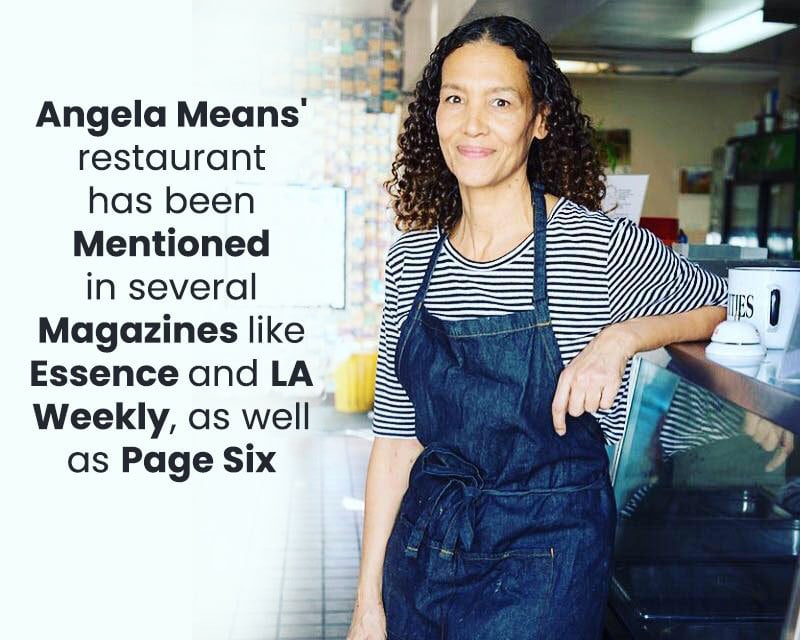 Angela Means’ restaurant has been Mentioned in several Magazines like Essence and LA Weekly, as well as Page Six. Credits:Facebook/AngelaMeansKaaya

Means certainly likes to keep herself busy! She has worked as an archiver and a photographer. She mainly worked for private clients and her job was to organize and digitize family photo collections.

In fact, some of her work was published in Los Angeles Times and Daily News.

In 2017, Means opened her own restaurant called Jackfruit Cafe in California. It is a vegan food cafe that specializes in meatless options. They also have a Jackfruit Cafe food truck, which people can book for parties or events.

Her restaurant has been mentioned in several magazines like Essence and LA Weekly, as well as Page Six.

Although she has a lot of work experience in different fields, Angela Means’ net worth is estimated at $300,000.

Means was married to Brad Kaaya Sr., a former screenwriter. His work credits include writing for the movie O, as well as TV series like Cousin Skeeter, Damon, and MADtv. 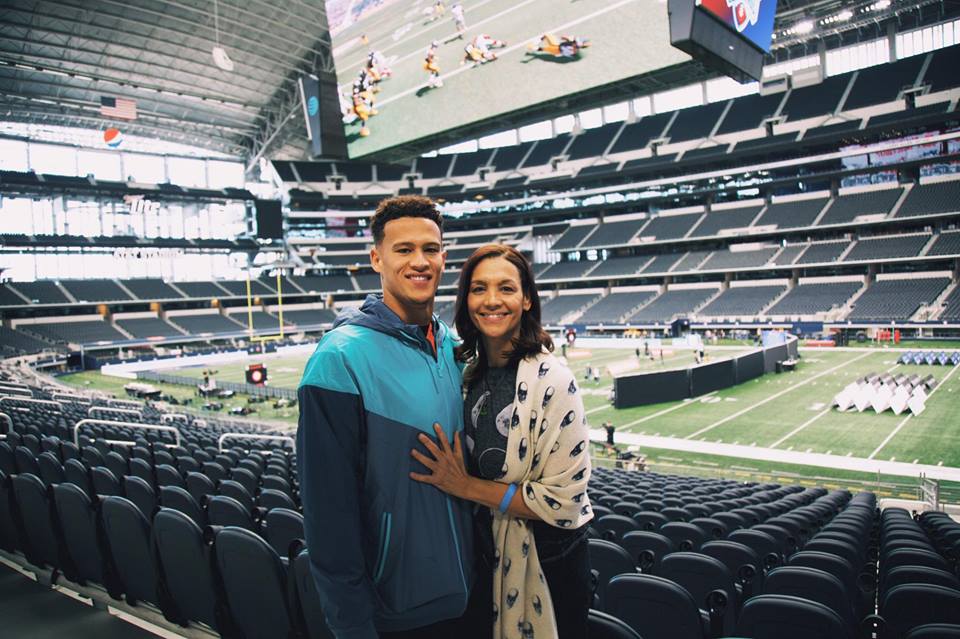 Kaaya Sr. and Means have a son together named Brad Kaaya Jr., but the couple split up when he was five years old. Even though they separated, both parents raised their son amicably.

Angela Means’ son was born on September 3, 1995, in Los Angeles but he lives in Miami, Florida. He is also known as Pablo and is an American football quarterback for the Indianapolis Colts of the National Football League.

Angela Mean’s ex-husband coached their son when he was playing for Pop Warner’s football. Means and Kaaya Sr. are truly proud of their son’s accomplishments and the shining young football star he is today.