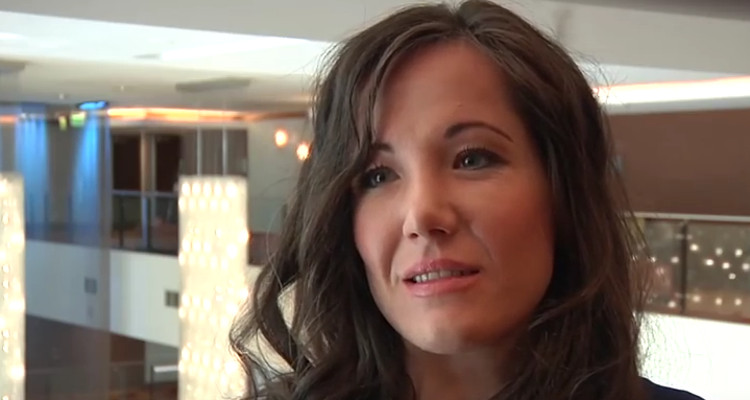 UFC fighters are known to be embroiled in one controversy or another. Angela Magana is no different —from leaked nudes to getting into altercations, she’s typically in the middle of something.

Angela Magana, nicknamed “Your Majesty,” is a UFC fighter, more famous for her scandals and her online persona than her career itself. Angela Magana and Cris Cyborg, another mixed martial artist, got into an altercation at the UFC athlete retreat. This comes right when other UFC fighters have also been getting into blowups outside the cage. But Magana has had a string of scandals lately. Here’s more about her altercation with Cyborg in Angela Magana’s wiki.

Magana by no means had an easy life. According to her website, she grew up on the streets of Los Angeles, living off food from garbage cans. While Angela slept in back alleys, her caregiver was her mother who was addicted to heroin. When she was five years old, her life took a turn for the better when her grandparents took custody of the young Angela.

When Magana was 17, her mother died of a drug overdose. The tragic experience made her self-reliant and encouraged her to make a better life for herself. She felt like fighting was something she did since she was born, and so she took up mixed martial arts. Magana loved athletics as a child and found MMA an outlet for her anger and frustration.

Lucky to be Alive

Magana said she’s not just lucky to be in UFC, but also to be alive. She’s had near fatal episodes and came back fighting. In 2007, she fell down three flights of stairs and broke her back. She was also caught in two horrific car accidents while filming for a documentary.

During filming, she was preparing for a fight with Carla Esparza when the accident happened. The second accident was worse, as the videographer lost her thumb and Magana was in a coma for several days! The doctors didn’t think she’d walk again, let alone fight. But all her accidents strengthened her resolve to get back in the cage and made her determined to become the UFC women’s strawweight champion one day. Her childhood hardships and near-death experiences have made her very grateful to be alive, and more determined than ever before.

The 33-year-old is a single mom to Delilah Magana. There’s no information about Delilah’s father, but he and Magana are locked in a bitter custody battle. Angela Magana and her daughter were living in Thailand, where she fights. According to one of her blog posts last year, Magana had to move to the U.S. with her daughter when her ex filed a request for the child’s custody. She explained in a video that her absence online and from recent fights was because of the custody hearings.

Magana is raising her daughter in Puerto Rico. There’s no other information on her family or whether she has dated anyone else. She was reportedly engaged, but reportedly, her fiancé died shortly after their engagement.

She Beat Hackers at Their Own Game

The brawler was one of the many recent WWE and MMA divas falling victim to hackers stealing their nude pictures and leaking them online. As foolish as it is to go after women who fight for a living, the hackers lost to Magana’s smarts.

Leaking her nude photos didn’t affect Angela Magana because she had done it herself a long time ago. The MMA fighter released the photos a few years earlier to promote an upcoming fight. She has more than 47,000 followers on Instagram, where she tends to post racy pics of herself. Magana even confirmed via Instagram that she knew about hackers getting their paws on her photos.

Angela Magana turned herself into a social media celebrity with her racy Instagram posts and her unabashed tweets. Many of her posts mock her rivals and her haters. One particular post saw Magana draw a comparison between Cris Cyborg and Billy the Puppet from Saw. The photo in question was when Cyborg  visited a children’s cancer hospital. Magana mocked Cyborg’s looks with a “who wore it better” poll on Twitter and showed that Cyborg lost.

Apparently, Cyborg didn’t see the humor in it, and the bad blood peaked during the UFC athletes retreat. Other fighters present described that words were exchanged and Cyborg punched Magana, allegedly knocking out a tooth.

Haha she pointed at me and I tucked my tail and ran https://t.co/h2I750vi4Z

Many of them said that they attempted to resolve the fight, but were too frightened by Cyborg to interfere. A friend of Magana claimed she got the whole altercation on video and is willing to sell it for a price.

Cris Cyborg hasn’t commented on the matter, but Angela Magana has a lot to say. She refuted that she had her tooth (and wind) knocked out of her by her nemesis. She also decided to press charges against Cyborg and hinted that her rival will be arrested soon.

I was the victim of roid rage today. Hope it was worth your job. Sue happy lawyers hitting me up left and right now #Cyborg