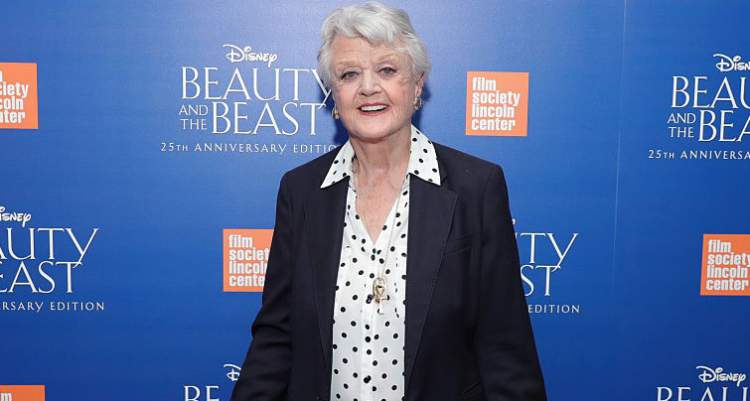 Dame Angela Lansbury, 92, is a British-American actress who has appeared in film, theatre, and TV. She was born on October 16, 1925, in London, England to actress Moyna MacGill and politician Edgar Lansbury. She’s best known for her role as sleuth and writer, Jessica Fletcher, in Murder, She Wrote, which ran from 1984-1996. She moved to New York City when she was 15 and later moved to Los Angeles where she landed her first roles in Gaslight and The Picture of Dorian Gray. Some of Angela Lansbury’s movies include: Disney’s Beauty and the Beast, Bedknobs and Broomsticks, Anastasia, and Nanny McPhee. She has a net worth of $70.0 million, as well as five Tony’s, six Golden Globes, and has been nominated for several other industry awards.

Lansbury was briefly married to Richard Cromwell from 1945-1946 and later married Peter Shaw from 1945-2003. Her children with Peter are Anthony Shaw and Angela Deidre Shaw.

In the wake of the various sexual harassment allegations tied to Harvey Weinstein and many other Hollywood heavyweights, Lansbury took to Twitter to draw attention to her take on the topic.

“There are two sides to this coin. We have to own up to the fact that women, since time immemorial, have gone out of their way to make themselves attractive, she said. “And unfortunately it has backfired on us – and this is where we are today.”

“We must sometimes take blame, women. I really do think that. Although it’s awful to say we can’t make ourselves look as attractive as possible without being knocked down and raped.”

She added that the victim shouldn’t be blamed: “Should women be prepared for this? No, they shouldn’t have to be. There’s no excuse for that. And I think it will stop now – it will have to. I think a lot of men must be very worried at this point.”

Lansbury isn’t the first woman to make controversial remarks, as designer Donna Karan and actress Mayim Bialik did months ago, but many are split on what she meant. She’s now being dragged through the media and social media comments have opened up more discussions online—and many of them aren’t very civil.

While Lansbury’s representatives couldn’t be reached for further comment, a spokesperson for Rape Crisis England & Wales released a statement to the Telegraph.

“Rape is an act of sexual violence, power and control that has little to nothing to do with sexual desire. It is as insulting to men as it is to anyone to suggest they’re unable to take responsibility for their own behaviors and that the way a woman presents herself can cause them to lose control or force them to sexually harass or assault her.”

“There is no excuse or mitigation for sexual violence and there is no circumstance in which it’s even partially the victim’s or survivor’s fault,” the statement continued. “Until we accept and acknowledge that, it will be very difficult for us as a society to reduce or prevent rape, sexual assault, sexual harassment or sexual abuse.”

"When they talk about the Golden Age of Hollywood, aren't they just talking about you?" Geoffrey Rush toasting Angela Lansbury at the Governors Awards in 2013.